Here’s a follow up on few of the babies that have gotten put on the plumps-nut/milk program. They have an appointment, every two weeks, where they come in;  we take the weight and then give them either milk powder or plumpy-nut packets for until their next appointment. 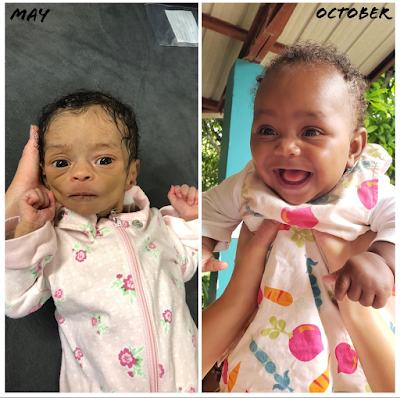 This little girl, Milodia, is 6 months old and weighs, 15lb now. She came in about a month and 1/2 after she was born, and weighed just over 5lbs. It’s been fun watching her grow and get healthy.  She has such a sweet personality  and smiles a lot.  I remember hiding the picture on the left on my phone, because it was hard for me to see her like that, but now she’s chubby with plenty of rolls. ☺️

Roselanda and Roselin are now 13 months old. The twins came in when they were 11 months old and weighed 8lb (Roselin) and 10lb (Roselanda). Roselin now weighs 11lb and his sister, 17 pounds. 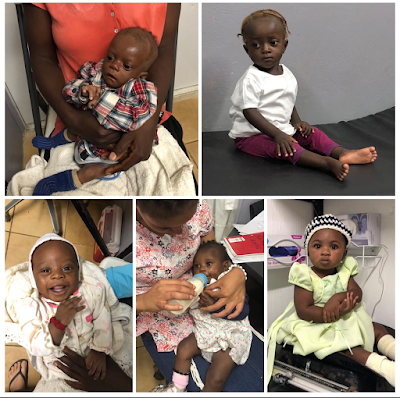 Here are some of the other precious little ones that are on the program. When I have an opening in the pharmacy, I’ll go watch Daniella do their checkups. Watching them grow and get healthy, are one of those things that make me stop and thank Jesus for the blessing and gift of life!
-Michaela