( Hello, everyone! You guessed it. A lot of visitors using our Internet, and now you won't get to hear from our world very often, until things are back to normal.)
I will try to give you a quick peak,and hopefully, the internet will be nice for a few minutes, here.
We have had some interesting road trips. By foot, or by vehicle...either works.
One Sunday a friend asked us to pick up their cousin with the machine. We decided that Christ would have us do that, even though it was a Sunday- our theoretical Day of Rest.
"It's not far," our friend assured us.
Our machine drove and drove, until we hit too many rocks to continue. Then we stopped our machine, got out, and walked. I think we walked for at least 45 minutes down a very steep, curvy, hot trail. ?
"So it's not far?"
"We are going to need a helicopter to get this person back out," we joked, as the sweat ran down our bodies. Hans Hertzler, our newest prospective team member was comparing his medical run to a normal medical call in his practice in the States. "It's not the same," he chuckled.
As we arrived at our patient's house, we realized that the family was still trying to concoct a cot to carry the patient on. Now that was fun. 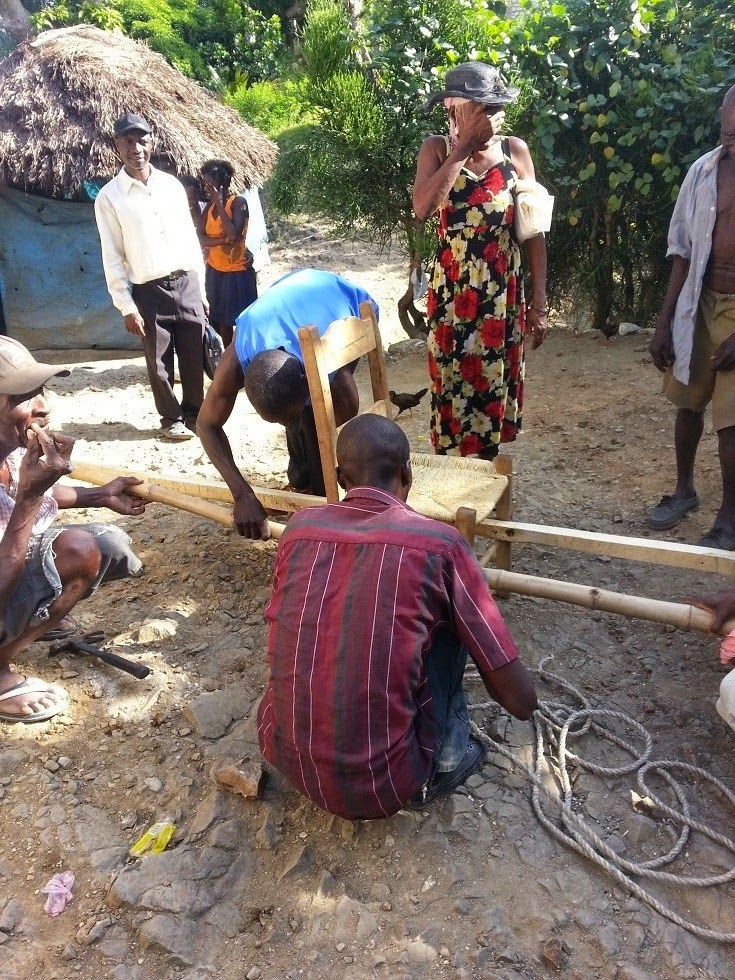 "Bring me a hammer."
"OH, where are the nails? Get me a rope."
"Hurry. Hey, that's crooked."
Meanwhile, the patient was looking fearfully on. Her breath was coming a bit labored, which seemed to have something to do with diminished activity in her left lower lung. We were thankful that her stats were holding fairly normal, because it didn't look like we were going anywhere quickly, that much we knew.
After the contraption of a cot/chair was successfully finished and inspected by the group, we headed up the mountain, where we left the lady in the hands of her cousin overnight.
The next day we did more follow-up work, testing, and just waiting to see how her meds would work if she took them like they were supposed to be taken. Her family requested that we could help her to town where she could get more extensive testing and health care. 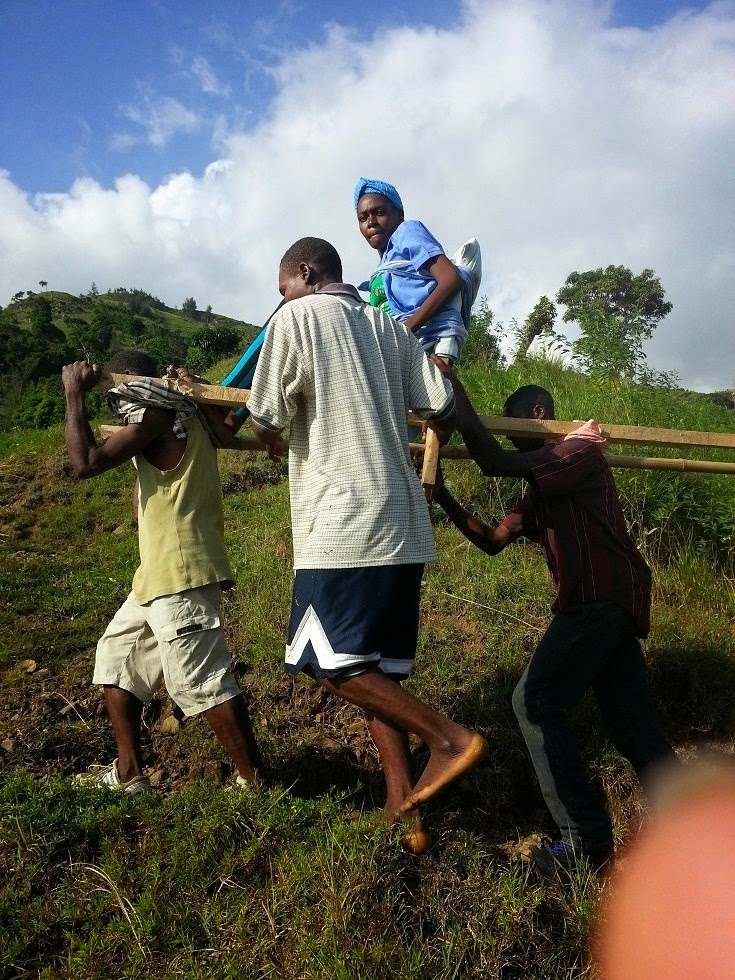 Today some of our troops are out on a medical follow-up run in Terre Rouge. This patient fell and broke his back, after which he was transported to TiGoave. After a very painful ride to town on an improvised "road cot" bed, we were able to load him into an ambulance for transport to Port. He returned to his home in the mountains without a cast on his broken back.
This led us to go to his house, create an improvised cast, and try to keep his digestive system working, even though his body is not responsive below his waist. You can pray for this young husband and father as he faces his stark future without the hope of ever walking again.
Have a good week. I just want to rejoice in what God can do. The battle is His....which makes me almost tell another story about a 7 year old girl who God delivered from a spiritual-based sickness last night. But there are a million more stories, too. And most of them make more sense if you are here to meet the main characters. God bless your week. Rhoda for the Ahlege Team