Are you filling your shoes, completely? Have you ever stopped to ask yourself that question? I pondered this question after seeing the row of shoes outside on the clinic wall. Some large, some small, some old others new but all had been worn by someone. 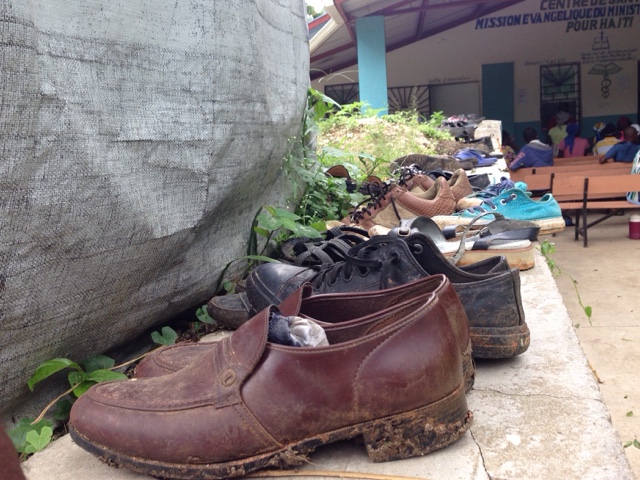 God has given each of us a pair of shoes to fill. Some big and some small but no two pairs are the same. At times in life, we wonder what it would be like to wear someone else’s shoes for the day. We assume if we would be in their shoes, we would make different choices etc. BUT would we? The question remains unanswered because it is impossible to wear another person’s shoes/walk another person’s path. We need to be focusing on God and fill the shoes that He has given us. Each one of us has the correct size we need for right now. At times, they may feel too big or even at times too small but God knows what He is doing.

Clinic has been picking up again this week. The locals are finished planting in the garden and have time to go to the clinic. Many times, I have to call on God for wisdom because I don’t have the answers or it is hard to get help in Haiti.

Monday afternoon Hans, Rachel, and I transferred a strangulated Hernia out to TG, a case that needed much wisdom. Transfers are not easy and we need to ensure that it is an emergency. At times patients have ways of complicating situations and we need much wisdom to discern the root of the problem. Thankfully, he started having definitive signs that we could make a decision.

Wednesday evening, we had two injuries come in due to a soccer game. The first was complaining in a lot of shoulder pain resulting in a broken collarbone.
The other was more complicated a broken femur. The leg was stabilized and the boy was able to be flown out in the morning. 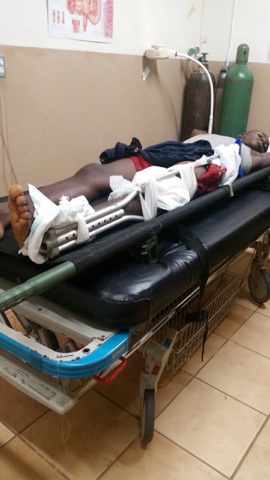 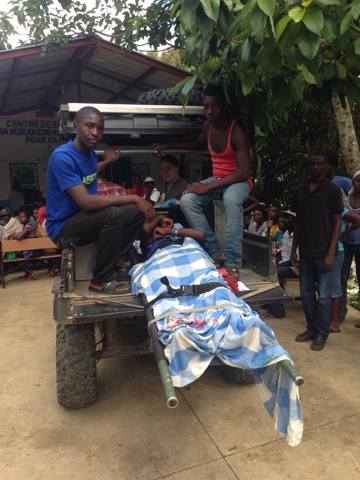 Ellamae and Hans Transfering A pt
We have to thank the Lord for performing yet another miracle for us. The sky was over cast and much faith was needed for the helicopter to land. While circling the second time, there was a break in the clouds. The helicopter was able to safely land and by the time it was ready to depart, the sky was almost clear.
This week has also been filled with births. It has resulted in some sleepless nights but thankfully; all the babies have been healthy PTL! 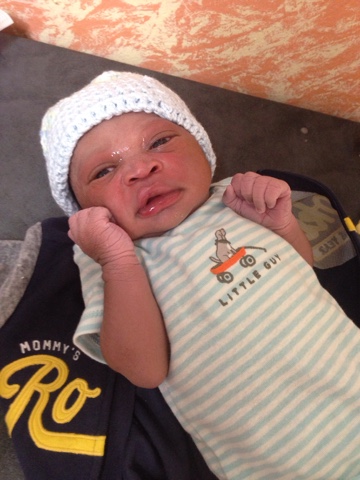 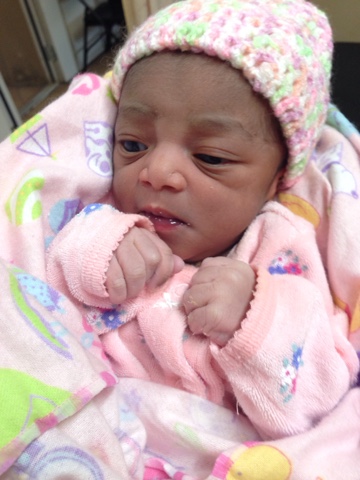 It is so wonderful to see each miracle that God has performed so much more when you have had babies that were not healthy or were taken away from us!
Thanks for your prayers!!
~ Mis Alyssa
By Unknown - August 12, 2016 No comments: