I have seen many pictures of little children from African, India, even Haiti here, sitting in the streets, or in washtubs, severely malnourished with thin arms and swollen bellies- but never have I seen one up close with my own eyes- until now, that is.

I was in my office doing some paperwork when someone called me outside to photograph a little child. I assumed it was one for our Nourishing the Needy program, so as I grabbed my camera and came outside you can imagine my shock to see Heidi washing a little boy in a kivét on our front porch. He was the stereo-typical malnourished child from a 3rd world country. I've seen some children that were small for their age down here, but none this severe.

He was so thin- his bones seemed almost ready to poke through his tightly stretched skin. His face and stomach were swollen and his eyes had that all-too-familiar sad and droopy look of a child in need of nourishment. Yet, his mind seemed to be sharp; he was 3 years old and tried to say his name to us, though couldn't- he was too weak.

We learned that his mother (supposedly) is in Port au Prince and doesn't really care about him. A lady (a friend or relative, I don't know) was currently taking care of him. We gave her nutrition packs and instructed her on how much to feed him each day.

I hope and pray that the dear little guy can recover from his condition- how sad to think of a mother and father who don't care for their own child and would rather ignore it and let it die than come to its aid; but, this is one of the realities of life down here. 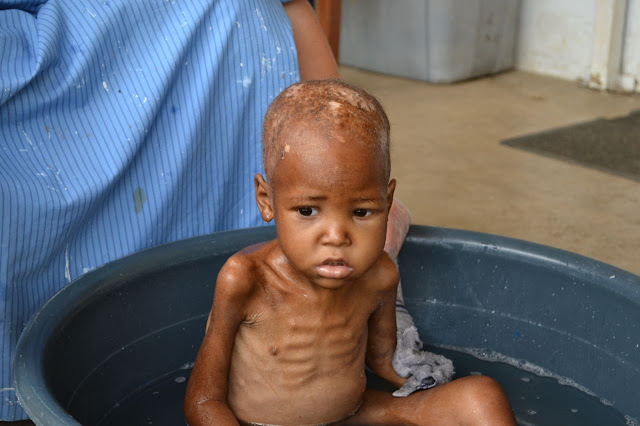 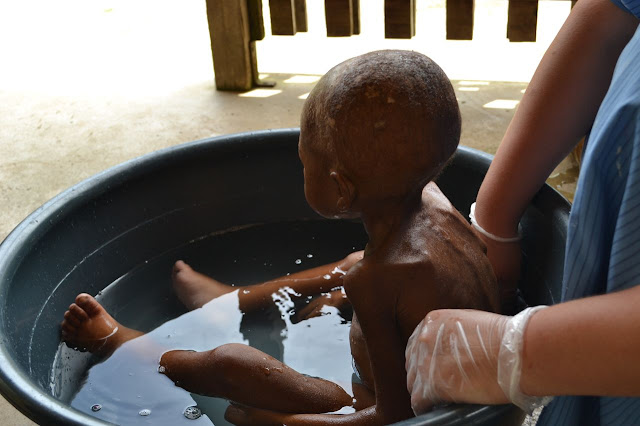 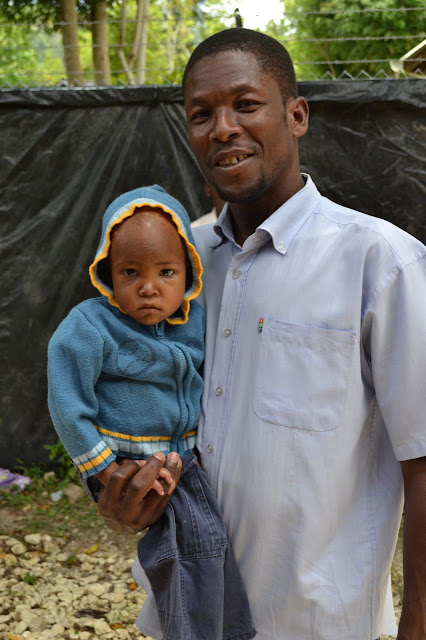 Pastor CJ took a liking to the poor little guy and carried him around for a while. 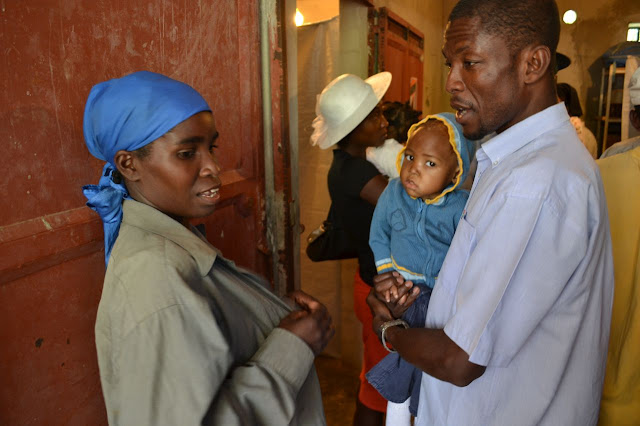 He then took it upon himself to speak with the caregiver about giving him the attention he needed to improve...