A lesson in jumping- look before you leap...

It was promising to be a nice, relaxed Saturday evening with supper being finished and the dishes washed. We were about to settle down into a time of fellowship when we heard the distinct sound of tapping at the gate. The sun had just disappeared behind the mountain, still radiating and we could see several men outside. Someone went out to see what they needed and was handed a note. It was from Mis Leida, one of the Haitian nurses, saying that one of the men had a bad cut on his foot and she didn't have the supplies to stitch it up at her place. So Anita and Breanna headed out to address the problem- so much for the relaxed evening :)

When they got the man into the clinic and unwrapped his bandaged foot they found what had been described in the note. Anita asked him a few questions and the story began to come out... 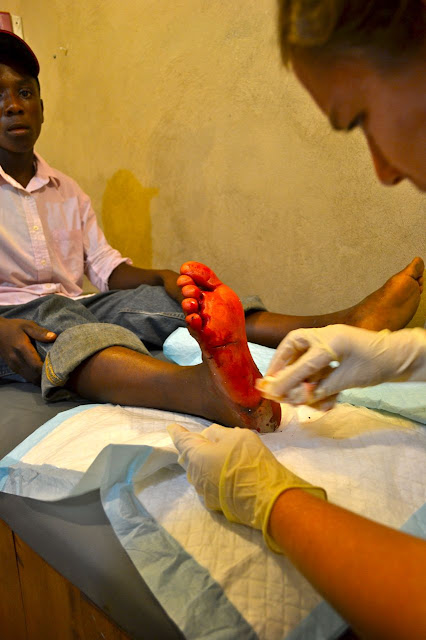 Ah, yes, yet another incident involving a machete and a young man- this time the "victim" was apparently climbing around in a tree, working on something, when he dropped his machete. So far, so good. Whether by accident or on purpose, I don't know, but he dropped it down to the ground. What happened next, one can only speculate on the how and why of it all, but the results were plain enough: he jumped out of the tree, landing on his tool and thus gashing his foot open. 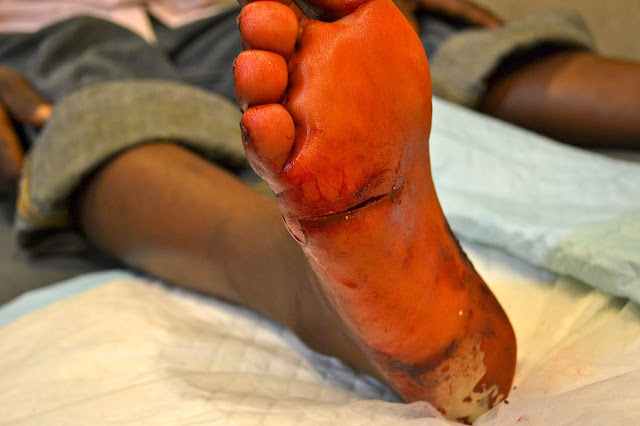 A pretty slice, don't you think? 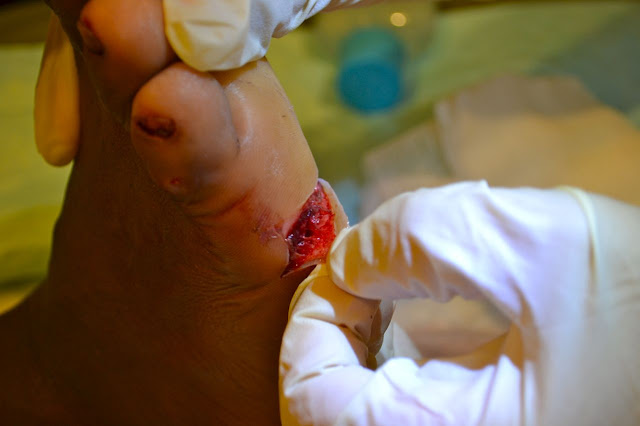 Thankfully it wasn't too deep- mostly through the callus and only a little into the muscle layers. 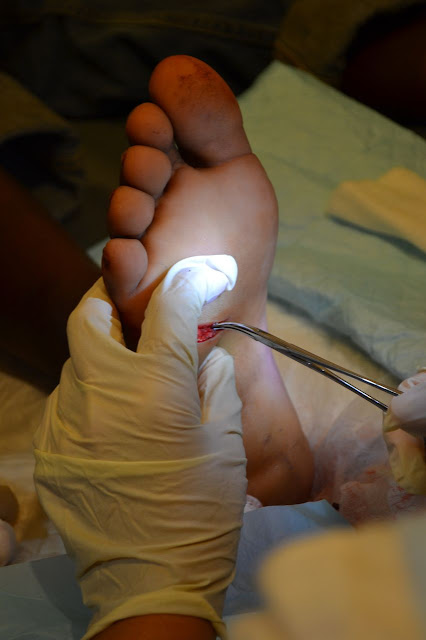 The cut had dirt in it, so they had to take time to painstakingly remove it, bit by bit. 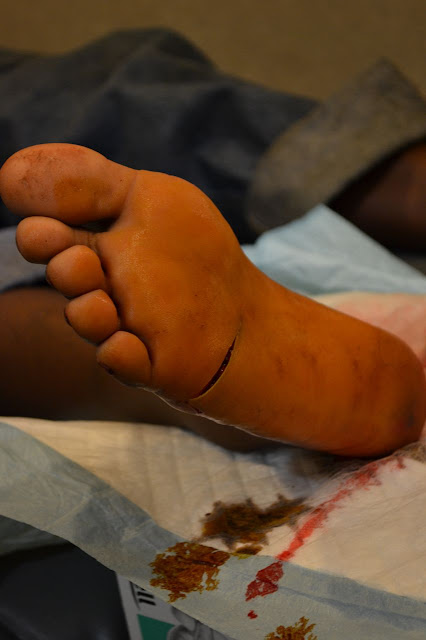 Hopefully next time he'll look before he leaps. 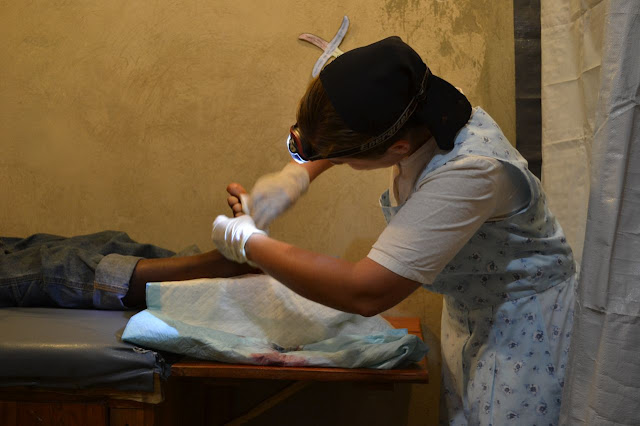 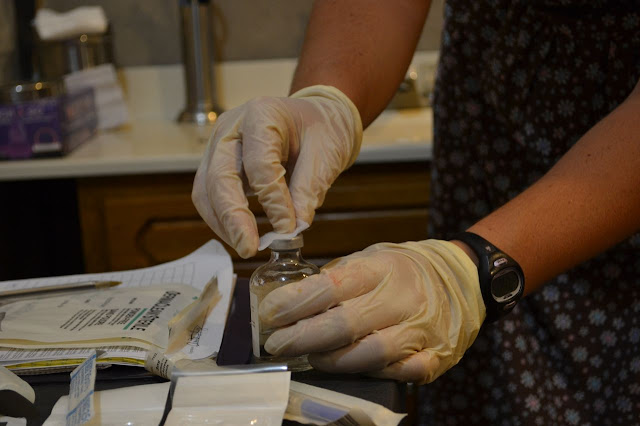 Breanna prepped the lidocain for injection.
Lidocain is a local anesthetic used to numb the wound before stitching. 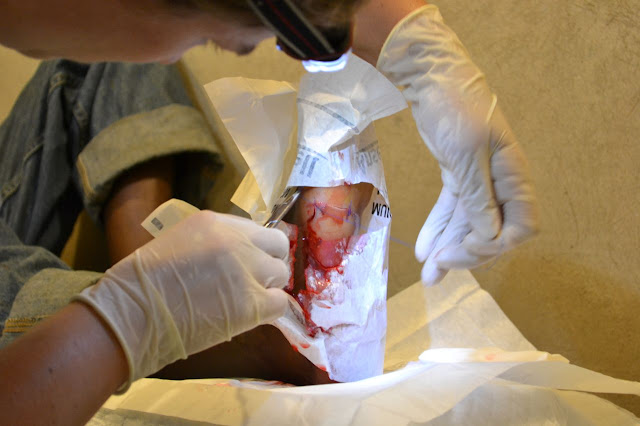 The first two stitches are in...
Now for the rest! 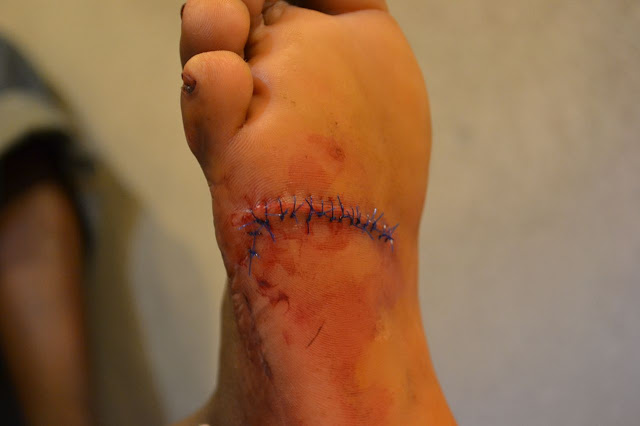 A total of 16 stitches; through all that callus!
Once they were all in, it was wrapped up and he was sent home!

After cleaning up the mess, we returned to our "relaxing"
evening for about a half hour, then went to bed :)