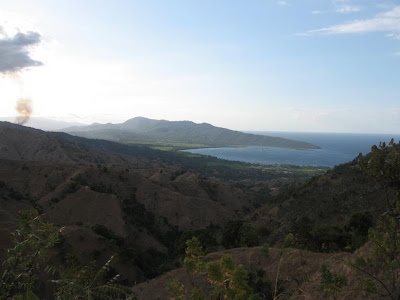 Can't pass up a little landscape! This picture is near Ti Goave,
taken from the trail on the way to Aleg. 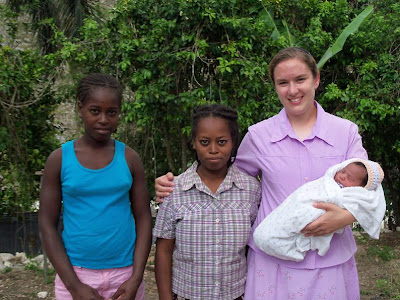 Here I am with Darline, her sister, and her baby.
This lady came to clinic to have her baby, but we saw
the need to take her to Ti Goave where they did an
emergency C-section--thankfully a Dr was available to
do that! We were so thankful that we got there in
time for baby's and mother's lives to be saved!
They came back from Ti Goave today.
We were happy to see them! 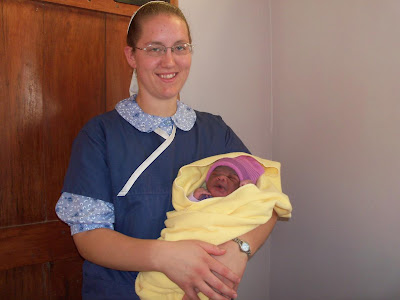 We had two births at clinic Feb 25. This is Mis Thea
with the second baby born. 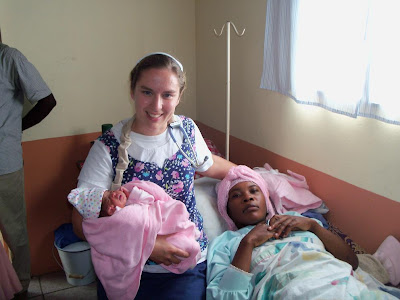 Here I am with the first baby born Feb 25.


What a blessing it was to have 2 healthy babies born. The first one was born with the cord all wrapped around her, and she wasn't breathing well at first. God was so faithful as we worked with her and she started breathing better and pinking up! 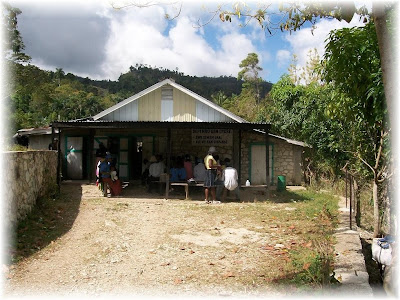 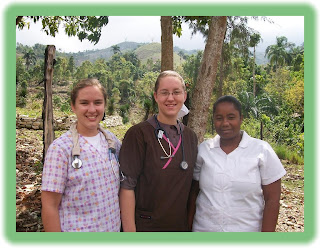 Here's a recent pic of the 3 of the main nurses 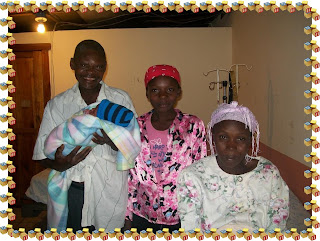 This is the Rene family. Their baby was born at

the clinic on Feb. 21--sweet family! They have other children

that weren't there at the time. 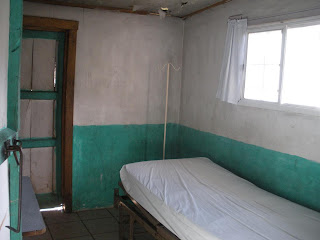 Before we repainted one of our hospital rooms. 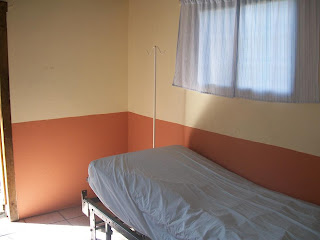 Hey just a quick update on our little boy with the clubfoot; and YES- I did finally get a name for the little chap... "Enddy". (You could also call him "Micah"; when Anita asked his mom what his name was she replied, "Well, his Haitian name is Enddy, but you can give him an English one too!!!?" So Anita settled on "Micah"...:)
We took Enddy and his mother out to the Karrfour Adventist hospital early Wednesday morning, and dropped them off there as we went into Port to do a little shopping and pick up some visitors at the airport. We ran into the Grandma later on, and she informed us that Enddy was already in a cast, so it sounds like things are moving along well. Should have another 6 or 7 weeks of cast treatment, according to the original estimate.
Enddy and his mom are staying out in Leagonne for this stage of treatment; it's only about a 45 minute drive from the hospital as opposed to 4 hours from the mountains. She has a sister there that they are living with for this time. The main expenses they will incur during this stage involve food, and transportation to and from the hospital one to two times a week.
Thanks for keeping Enddy and his family in your thoughts and prayers! And thanks to those who have already committed to helping financially; we can't do any of this without you, and we hope that by making these people and their stories known, you can feel connected to the people whose lives you touch.
God bless you!!!
By Steve and Shana GTH - February 18, 2011 1 comment: 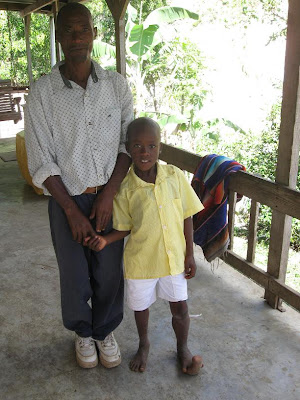 This father came with his 10 year-old boy a few days back
wanting assistance from us to get help for his deformed foot. 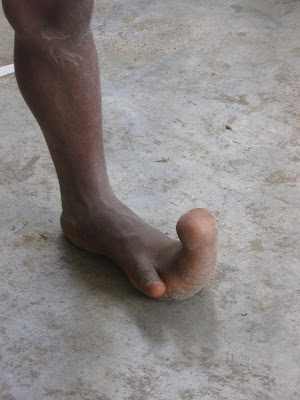 We're hoping to be able to find a hospital

that will help him. As we understand, he's had this since birth.