The Seventh of April

Not that that has anything to do with this post, other than that I'm posting it on this day, and didn't have any other ideas for a title, so...:)

It feels like a long time since I've written a blog, and I think it's because it has been.   Somehow the past few times I've been scheduled to blog, something else has come up and taken priority...but...it doesn't look like I'm going to get out of it this time.  ;o)  It's only hard to do when nothing out-of-the-norm has come in and we don't necessarily have anything new and exciting to show or tell.  But that's ok, 'cause that's life- sometimes full of adrenaline rushes, sometimes suprisingly quiet and normal.   More recently it's been the latter, with just a few special cases coming and going.

Lately, as in the past month, I have moved from doing pharmacy/bandaging work, to taking over the blood-pressure program.  I've really enjoyed the extra patient-interaction, and the opportunity it's brought to exercise my Creole vocabulary.  It's often very amusing to hear how they describe the pains they're having.  For example, when they're telling me they have leg cramps, they'll often say that their calves are eating them.  :) 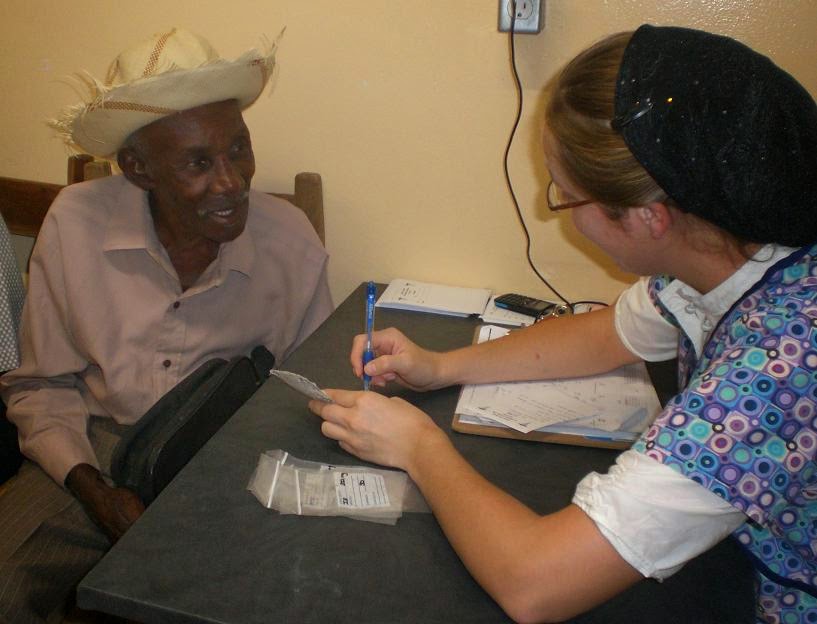 In the picture below is a young lady who had had pregnancy-induced hypertension.   She came back for a postnatal check up, and brought her little Jenny with her.  Talk about a distraction!  But it was irrestibible, and I was very happy for it.  ;) 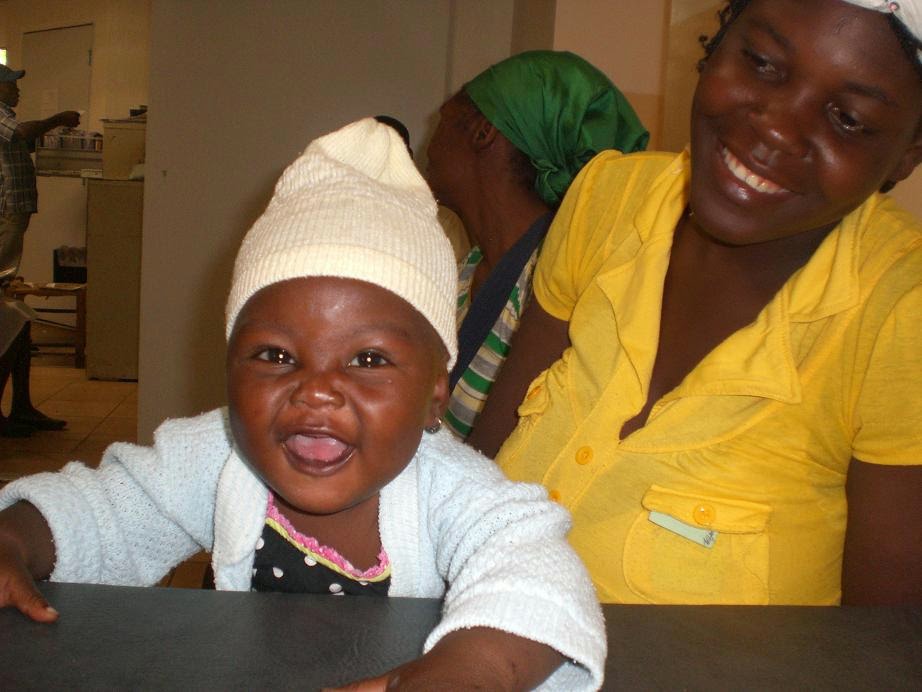 Usually at least once, if not twice a day, Kin falls in love with a friendly little face she meets in the waiting room.  And she always takes the time to snatch them up for awhile and parade them around the clinic showing them off to all we other girls.  Today it was this little guy below.  When most of what you see and hear are patients waiting to share with you all their "maladies" and everything they need, sometimes it's just extra refreshing to see a perfectly happy face content to simply share a smile. :) 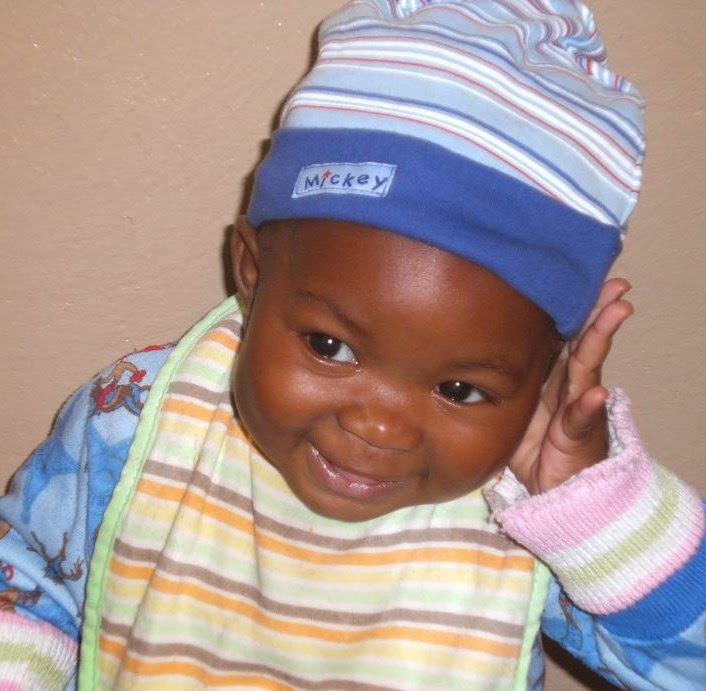 And while we're talking about babies, I'll show you one more...  A little girl, born about 2:30 in the morning on the 20th of last month.   She was the first baby I delivered, so I thought is was special that she was a fifth-born girl, since that's what I am too.  (Just a silly sentimental thing...;) 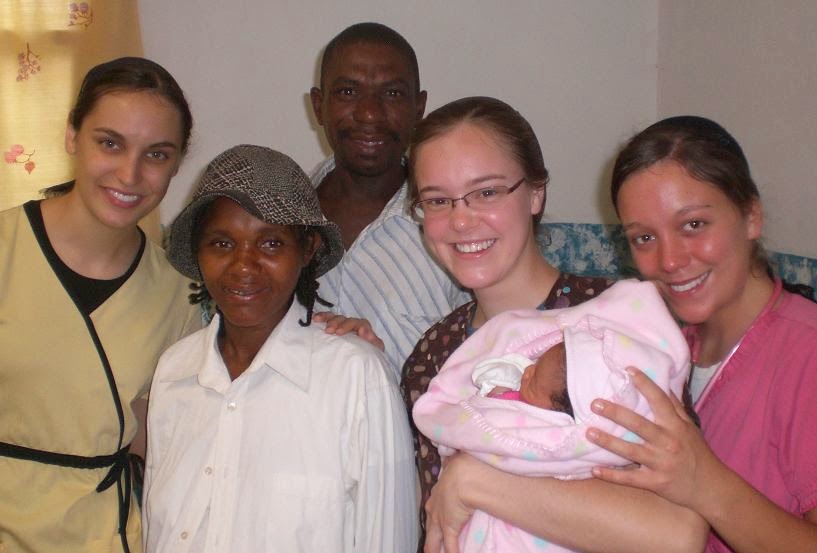 She had a rough start, born with the cord tight around her neck, and covered in thick meconium.   Kate, Kin, and I worked with her for five minutes before she really started breathing and responding well.   After ten minutes of oxygen, suctioning, and lots of stimulation, we started to relax again! 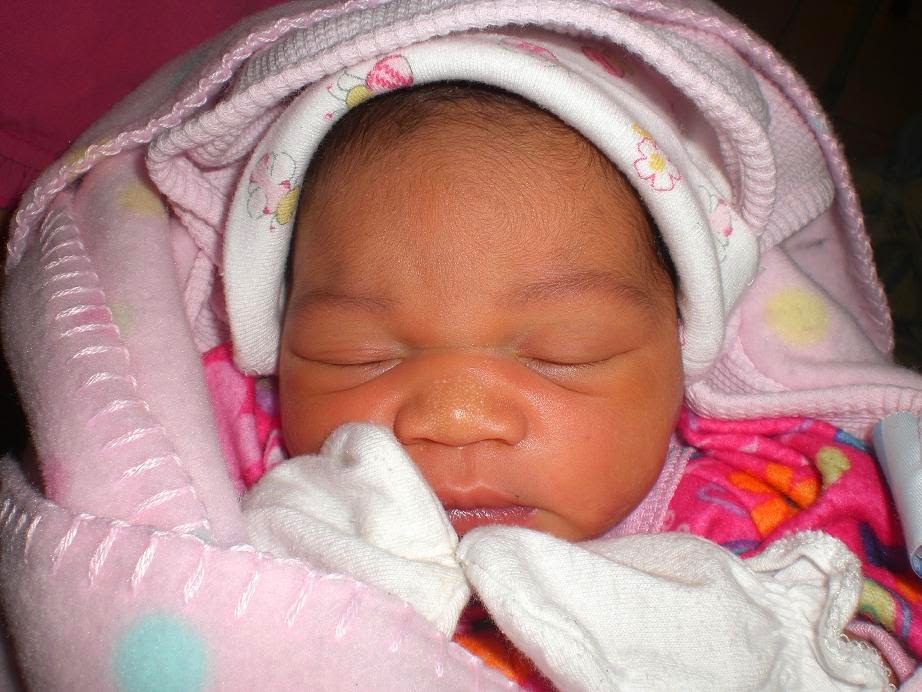