Good-morning, Pappie! This little old man with a big sore on his foot must not be feeling too bad. He is waiting to go out to a bigger doctor, now that most of the rotten flesh has been removed from his leg. We would like to see if there is a chance that he could have a skin graft. 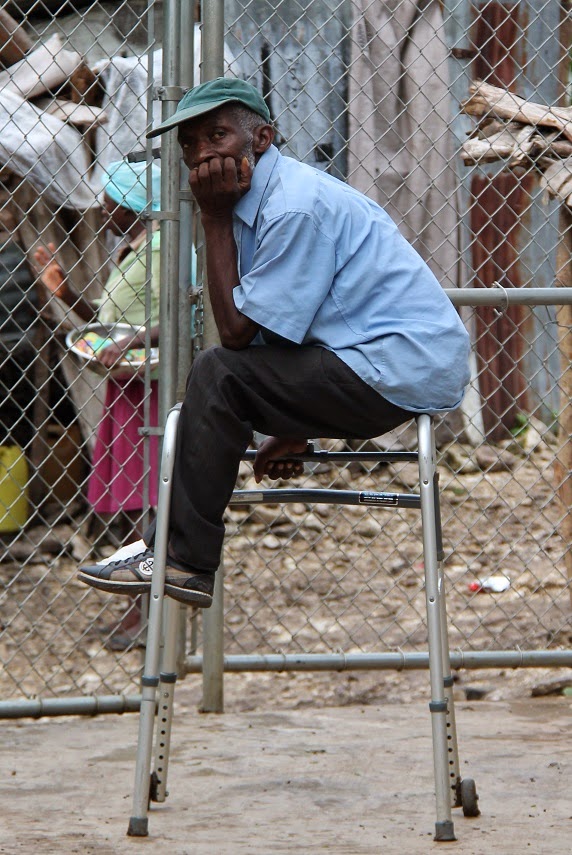 Mali and I have a story we want to tell. Miracles happen when you work in God's spot.
Friday morning a pregnant lady was sitting in line, waiting to be consulted. She was groaning and things looked a little urgent, so we brought her right into the exam room to see if anything was extraordinary about the case.
Unluckily, she was in labor, and only pregnant for six months. We were hoping that it was only a teaser, but  her labor continued throughout the work day. By the time we were done seeing the other patients, we decided we should send her out to town, to await whatever was going to happen. The prognosis for a six month preemie baby here in Haiti isn't very cheerful, so we thought maybe in every respect, it would be better if she could be closer to larger doctors.
By now, rain was beginning to dump down from the sky. We weren't sure what to do, because the road was not very conducive to sending a pregnant lady out the trail.
By the time the rain had stopped, and we were ready to send a machine, the lady refused to go.
"I am going to have my baby," she warned Mali.
"Don't push," Mali replied.
No matter what, in a matter of minutes, the baby was indeed born. 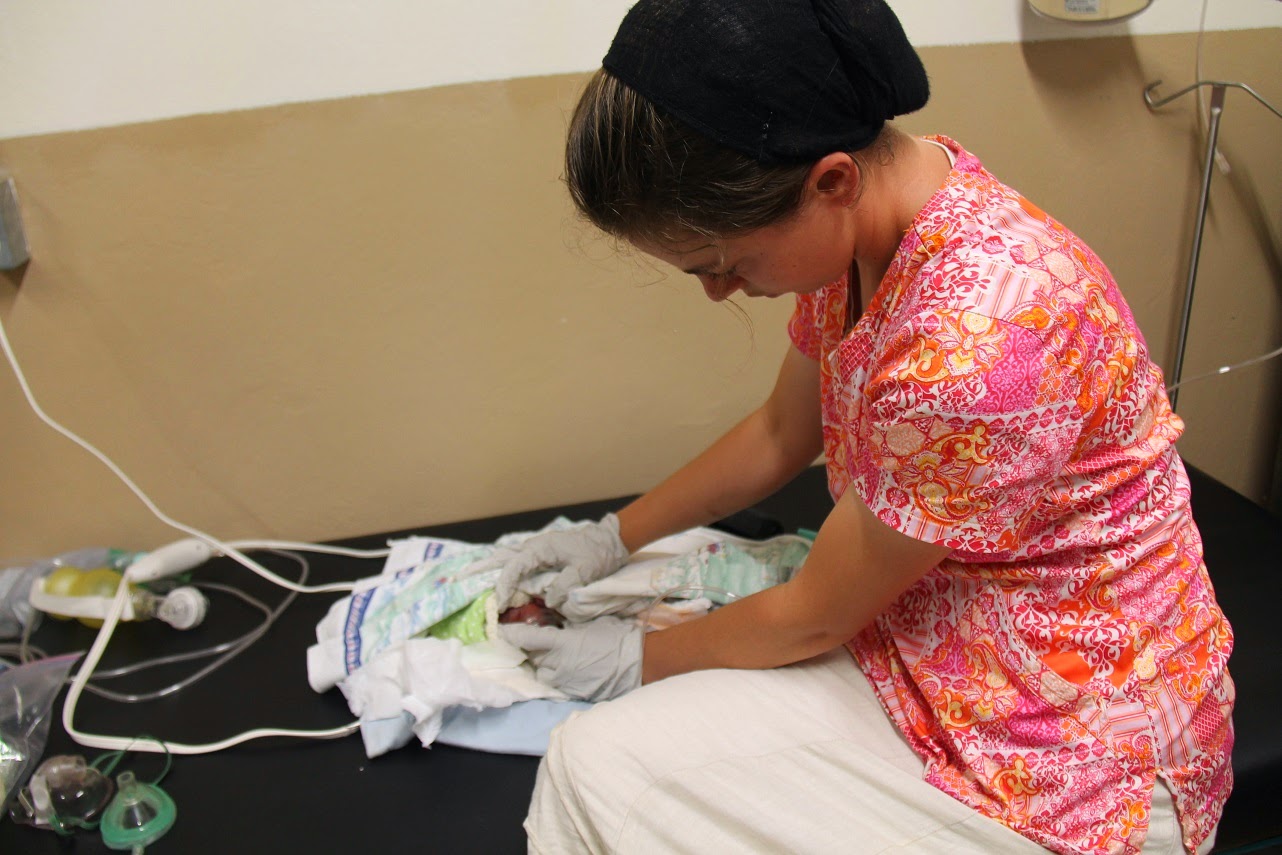 "The baby was born," Mali called on the radio. By that point I was already on the trail to the clinic.
I have never seen such a plucky, little preemie newborn. I was sure there was no chance of life, but she surprised me. I quickly severed the cord and we went to put the little doll on oxygen.
Before long, our little squad was bouncing out the trail, with the baby wrapped in a crackly, silver emergency blanket. It was scary, and I felt like my forehead would be permanently creased from the strain. But as we went, and she kept breathing, we started really hoping the miracle would continue and we would have time to arrive at the hospital. Every now and then, we would stop the  machine to see if that little heart was still beating. 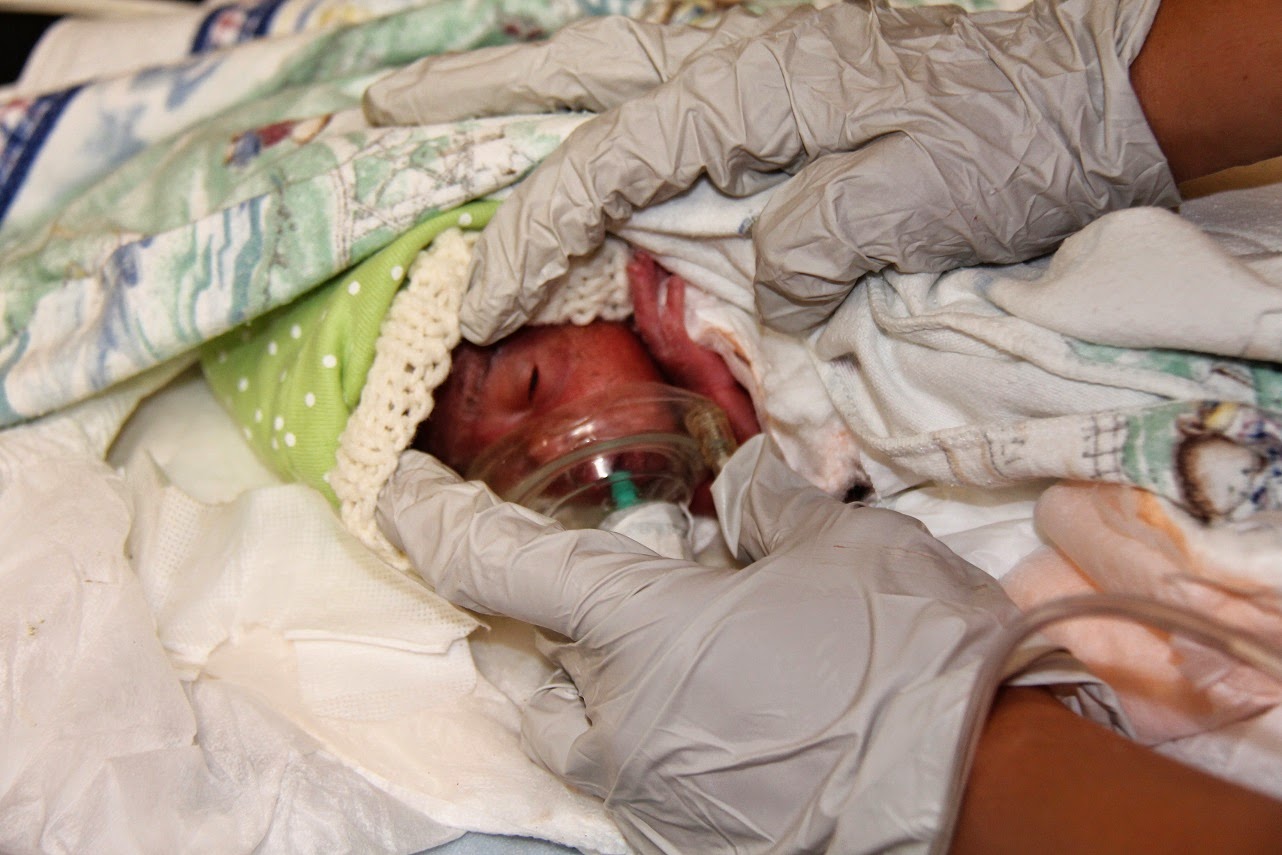 Steve started cracking jokes, and we laughed. There was the mom, retching and vomiting, but we were too emotionally frazzled to even care when her bag of throw-up flew out the window, splattering its contents all over the outside of the Landrover's window. Yuck, but what could we do...and the baby was still breathing in that oxygen.
Almost every time we would peek inside the little emergency blanket, the little angel would wave her long, minute fingers as if to say, "Did you think that I was planning to stop living now?"
We breathed a sigh of relief when that white hospital came into view. A good, Mexican-born doctor met us inside the emergency unit, and asked us if we talked English. We breathed a sigh of relief, and followed her into the neonate unit. That little heart was still tapping. How long, we don't know. But I believe in miracles. And I thanked the Lord for this one. What a happy Friday! By now it was almost eight o'clock, and Mali and I were beginning to starve now that our adrenaline was draining out! But we couldn't stop smiling. Or praising the Lord for that heartbeat!