Good day to you all once again.

Thank you for all your prayers for the elderly man who came in yesterday.

A few hours after he was admitted, his heart began to fail, and his breathing got even shorter.

Michael went out to check on him again, at 2pm, and realized that the man wasn't going to make it any longer. He died shortly after.

Michael said he was really bad to begin with. His conditions began Monday, but they didn't bring him in until Thursday. He had lots of fluid in lungs and an irregular heart beat. They treated him for the fluids and gave him antibiotics for the pneumonia; however, despite our best efforts, he passed away...

The family came in the evening to carry him back to their home.

Such are the harsh realities of life in a 3rd world country... In the States they may have been able to save his life, with much effort. But not so down here. We don't have the equipment or facilities enabling us to do such advanced operations. But God knows, and His plan will be accomplished.

Pray for the family. The eternal dwelling place of the elderly man has already been determined in the heavens, and unchangeable; but the family's has yet to be. Oh, that they would hear the voice of the Saviour and turn to Him for salvation!!

Here are some pictures of the family carrying the elderly man's body away... 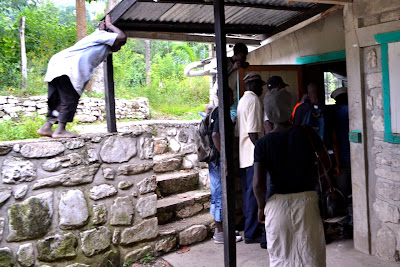 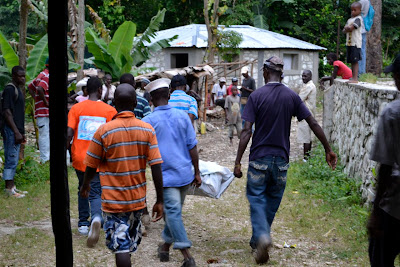 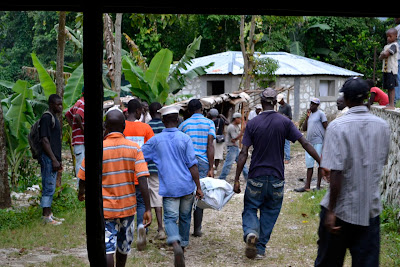 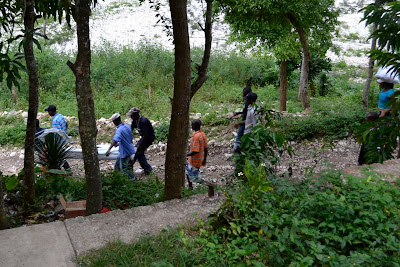 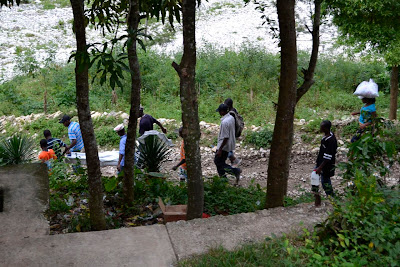