Thursday afternoon, a man was carried into the clinic on a stretcher. About 40-50 excited, loud people accompanied him. The man was unconscious and breathing heavily.  He had a large gash on his forehead.  It was Virginia and I that attended the call. Virginia asked for the story as to what happened exactly and this is what they said:  The man was out working in his garden that morning, he hadn't eaten anything.  He drank alcohol and went back to work.  He felt bad and 'tumbled over' as they say.  Went unconscious.  A group of people brought him to the clinic on a stretcher. But on the way...the bamboo stretcher broke and he fell out, which gave him the gash on his head!!

So...we started by taking his blood sugar. The monitor read, "Low". Yep, that's what happened! Since he didn't eat that morning - drinking alcohol gave him a short lived sugar spike...then working...gave him a major hypoglycemic crash!   Virginia started him on an IV and we did some other things to help raise his blood sugar.  The gash we placed some temporary gauze on, and knew we would have to stitch it later. Who knew how he would wake up, being potentially drunk, crazy from the low sugar, and in a strange place?  We didn't want him to wake up in the midst of being stitched!

He finally came to, and he felt miserable!!  He roared, and vomited, his muscles were spasming, and he tried to make sense of what was happening. After about 25 minutes of that, he was a very polite, nice man!  He understood what had happened, understood that we needed to stitch his head, and thanked us for helping him.  So, Virginia did a great job at stitching his forehead, and he was soon on his way home! 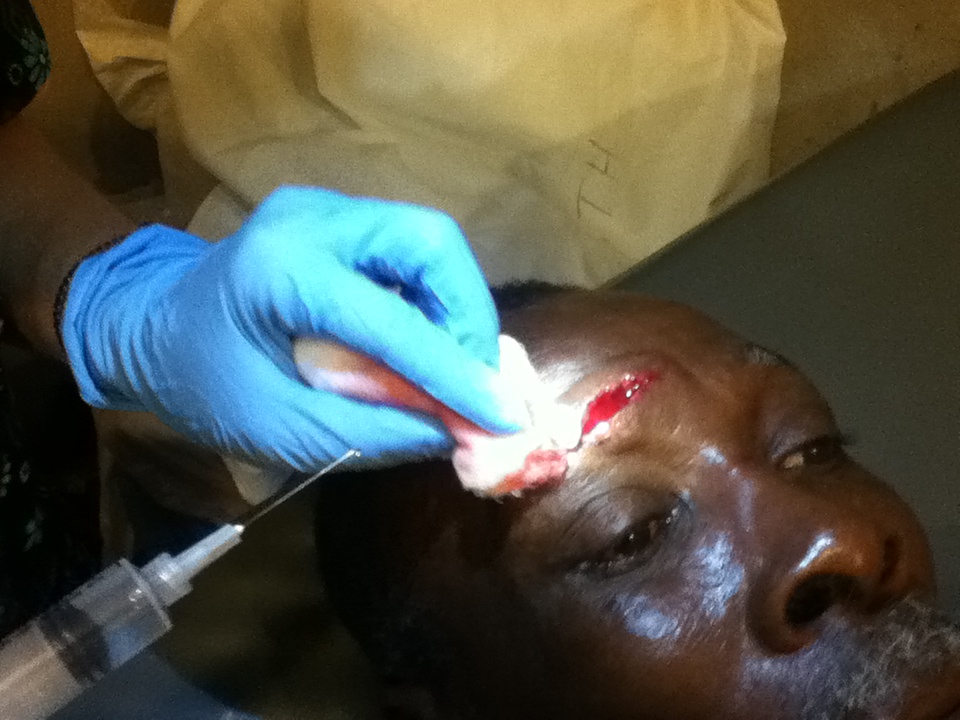 Above, the cut on his forehead from falling off the stretcher. Virginia is applying the anesthetic before stitching. 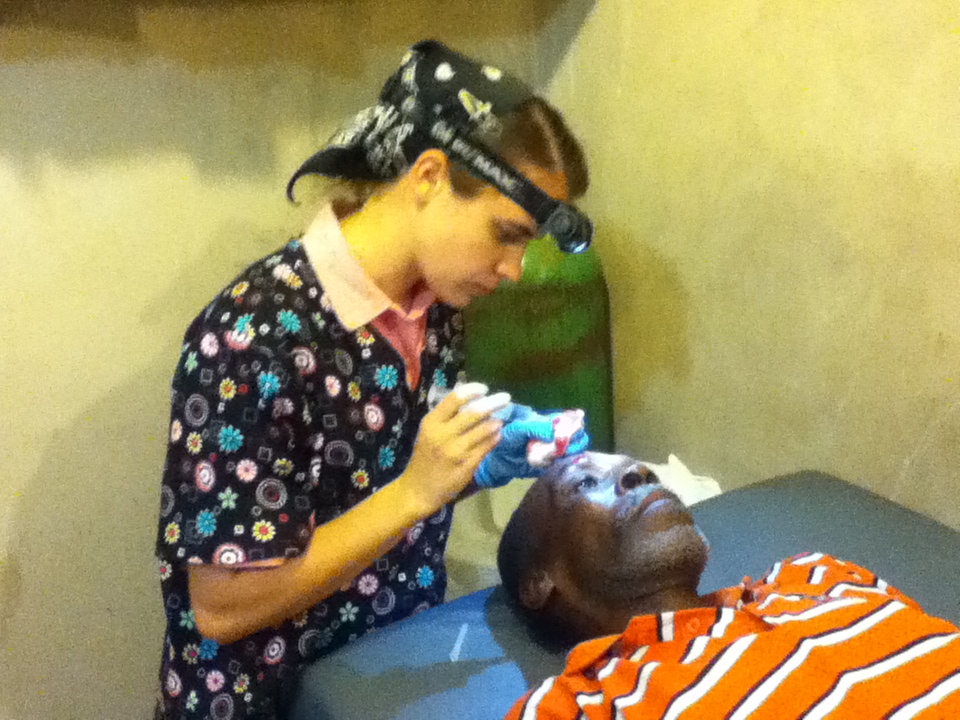 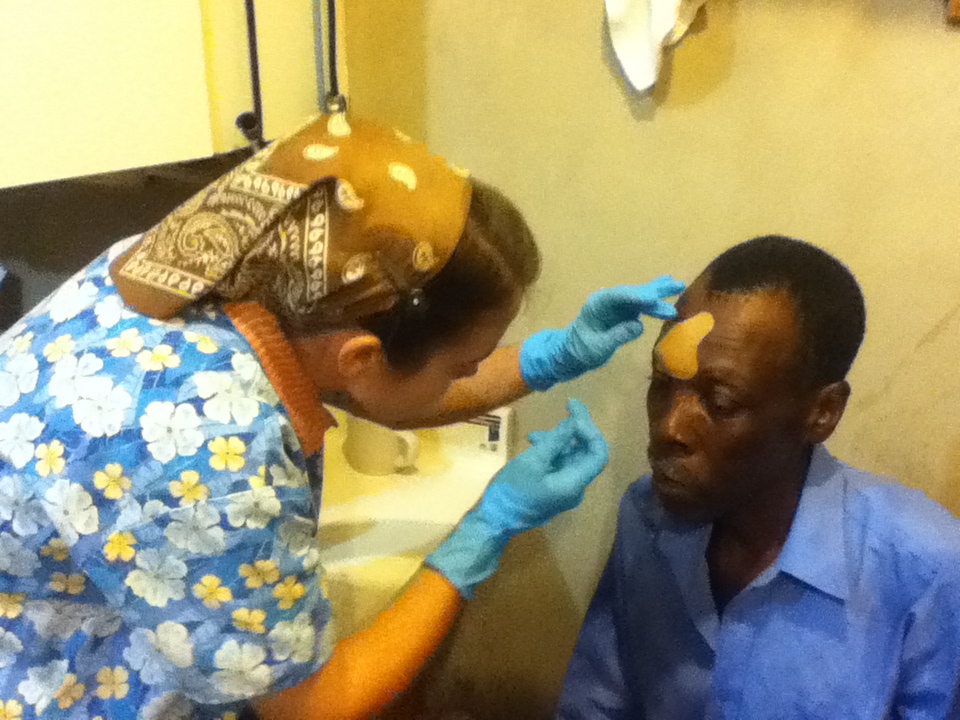 The next day he came back for a check up. Everything looked great! He was very thankful for all the clinic did for him, and also received some tips on eating and alcohol habits...
By Breanna Keller - December 08, 2012 No comments: