A stitch job by Mis Joselaine

Yesterday a family brought their little girl into the clinic with blood dribbling down the side of her face. It appeared at first to be a small cut or puncture wound on the top of her head- but her hair was so thick it was hard to see how big it really was.

After parting her hair, the nurses found a much larger cut than at first expected... 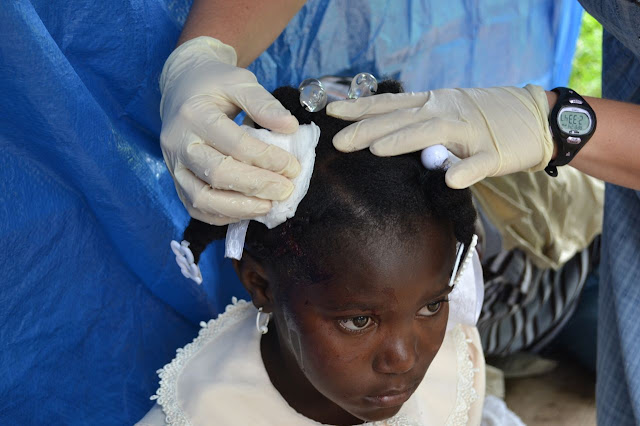 Breanna cleans the girl's head with some sterile water and gauze... 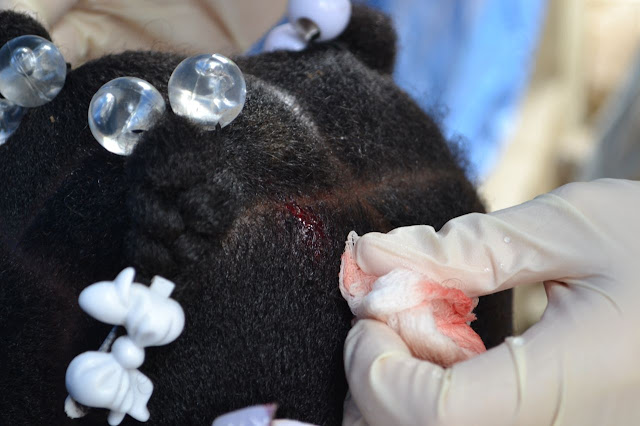 Doesn't look too bad, does it? Think again!
The cut ended up being over an inch long! 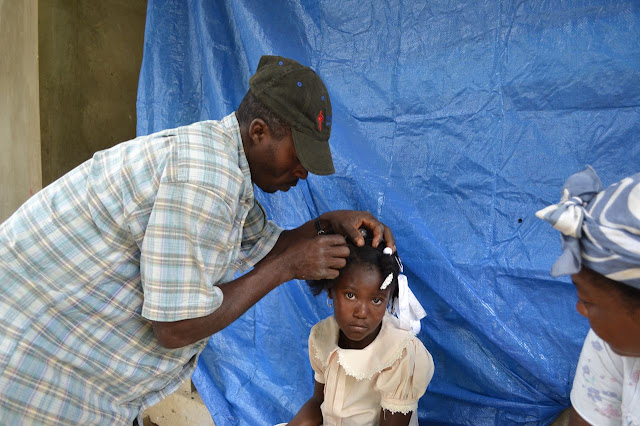 After finding how big it really was, we had Polvere shave around the cut, getting it ready for stitching. 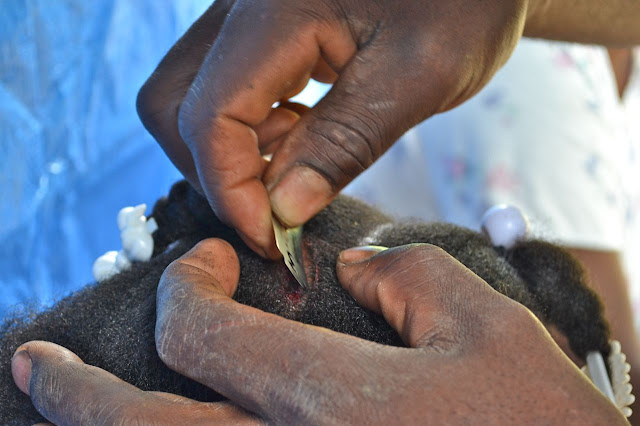 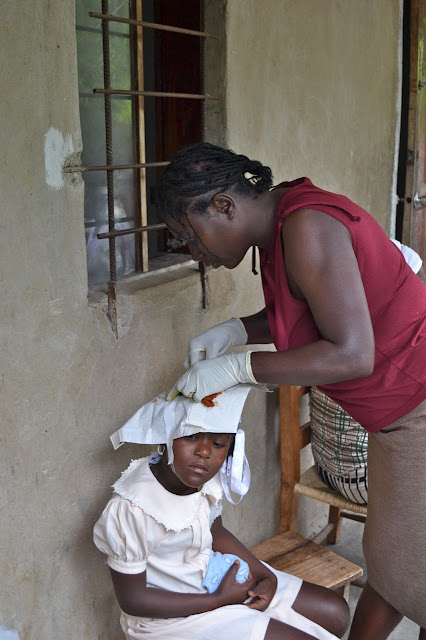 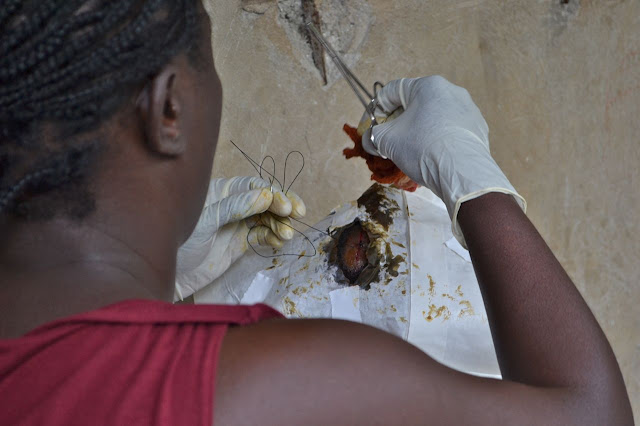 Unfortunately I didn't get any pictures of the finished product, but it sounds like all went well!
Here, she's dabbing the area, after finishing the first stitch...