Yesterday was another big day at the clinic!

We had over 75 people come through.

Last week we discovered why so many people have been coming through lately... there was a clinic about 2 hours away that was turned into a CTC because of a local epidemic- so all the people that normally would go to that clinic have begun coming here! 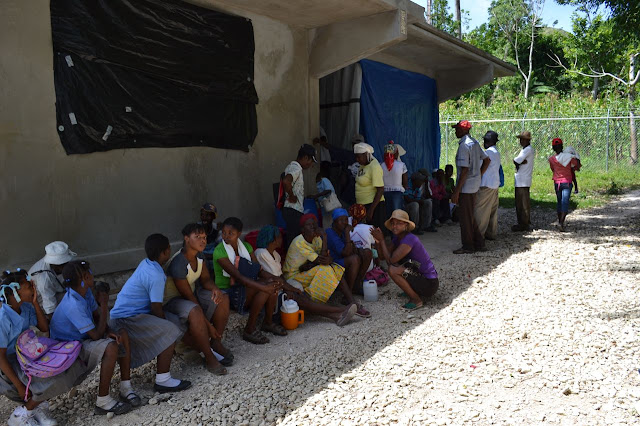 At 9am the crowd has begun to assemble... 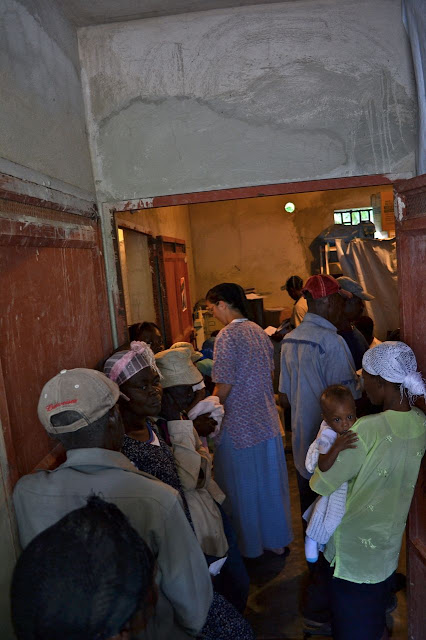 Within an hour the place is packed to capacity! 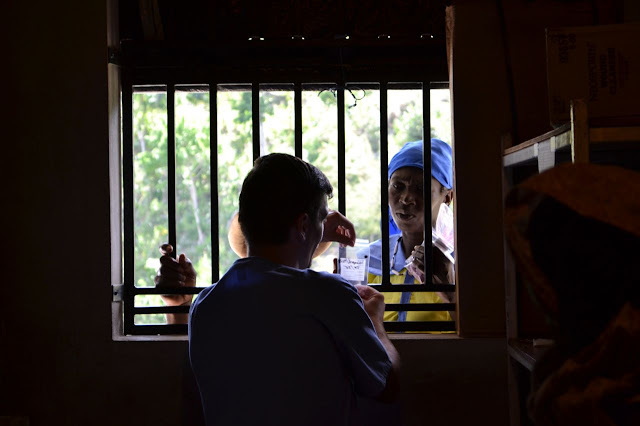 Michael took some time in the pharmacy to explain a few things to a patient. 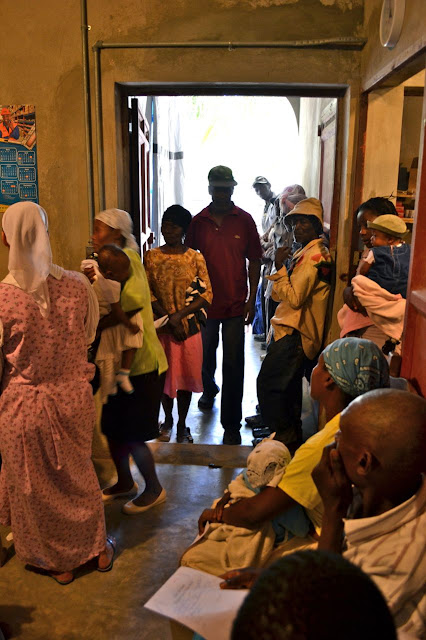 Again (inside) the room was overflowing with people. 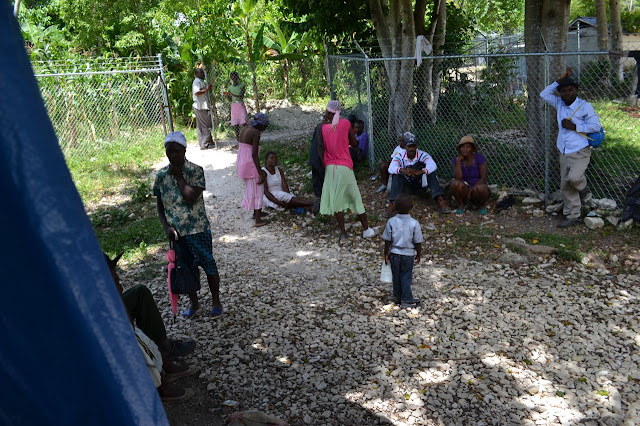 Now the time is about 1pm... even though everything went smoothly and quick, there were still some people left outside, waiting for their turn. 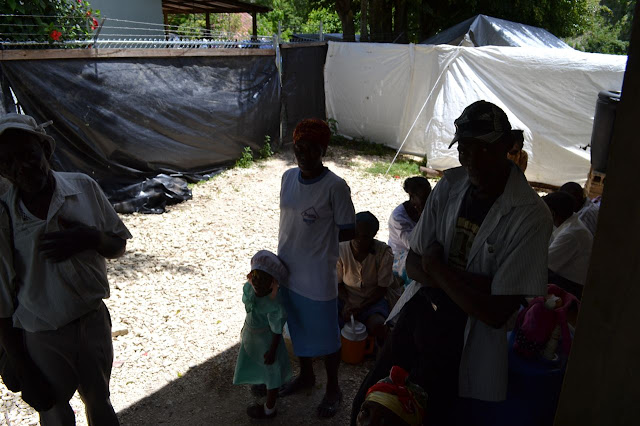