"Do you ever sleep?"

As we were leaving a birth on Sunday night/Monday morning, one of the guys that was staying with another patient asked "Do you guys ever Sleep?".
That's exactly how I felt that night. The laboring mother wasn't progressing as fast as we would've liked, Kayla and I were both extremely tired, and the mother was been very unreasonable with anything we asked her to do. She was very fearful because her 1st and only child had died when it was only 1 month old. We asked her if we could pray with her, and she agreed. We asked God to do a miracle and bring a healthy baby safely and speedily into this world.

Finally at 1:05am the baby made its appearance into the world with his cord wrapped around his arm, then yet again around his neck. We thanked God for yet another miracle.

A cot has just arrived-the patient has been having diarrhea and vomiting since this morning, and is very dehydrated. Yes, it's cholera. We've gotten a lot of them from two different areas. It continues to amaze me how fast a person snaps back to normal when you get an IV running into them. You can join us in praying that the cholera wouldn't keep spreading. It can fast become a epidemic.

Mis Leda was working when this young 15 year old boy arrived. His mother says that he fell into the fire when she was out in town, and nobody took care the burn till they brought him to us. The smell was awful, and the maggots were sticking their little heads out all over the place. We cleaned it three times before we transferred him out to a bigger hospital. 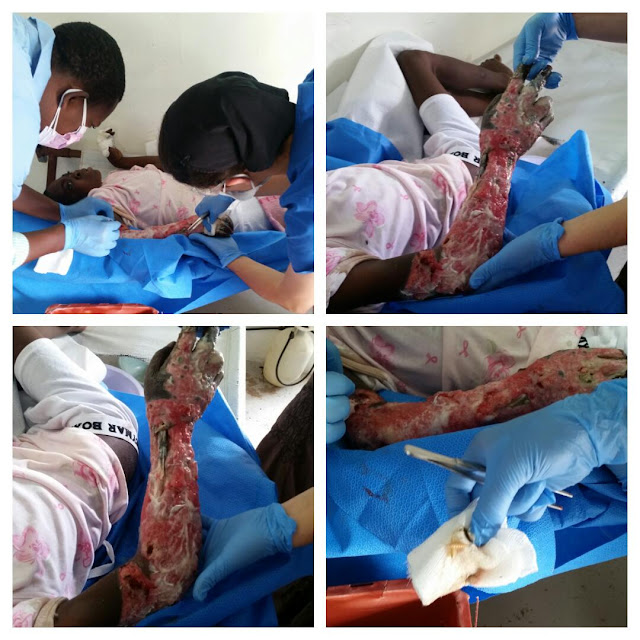 The young boy who had the Burns. 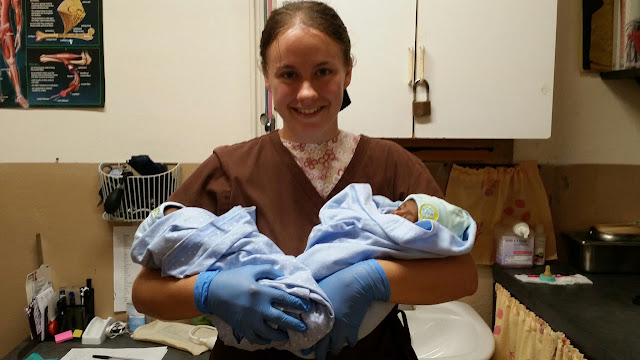 One of the ladies on the prenatal program had twins boys, they are a month and a half old and doing well. I thought I was kinda neat they were born on my birthday.
-Mis Ellamae
By Unknown - September 09, 2016 2 comments: