Saturday seemed to start plenty early for the nurses as we visited the clinic first at 1 am and then 4:30 to check on our lady in labor.  After our 4:30 check, we decided we needed stay at the clinic so we settled ourselves in the nurses' room where there is a bed for the nurse on call.

It was a 2nd time mom, and it was also the first child's 4th birthday!  Just before 7 am a little boy was born.  I told them he was his brother's birthday gift.

Their house was near by so they soon headed off for home with their little bundle. 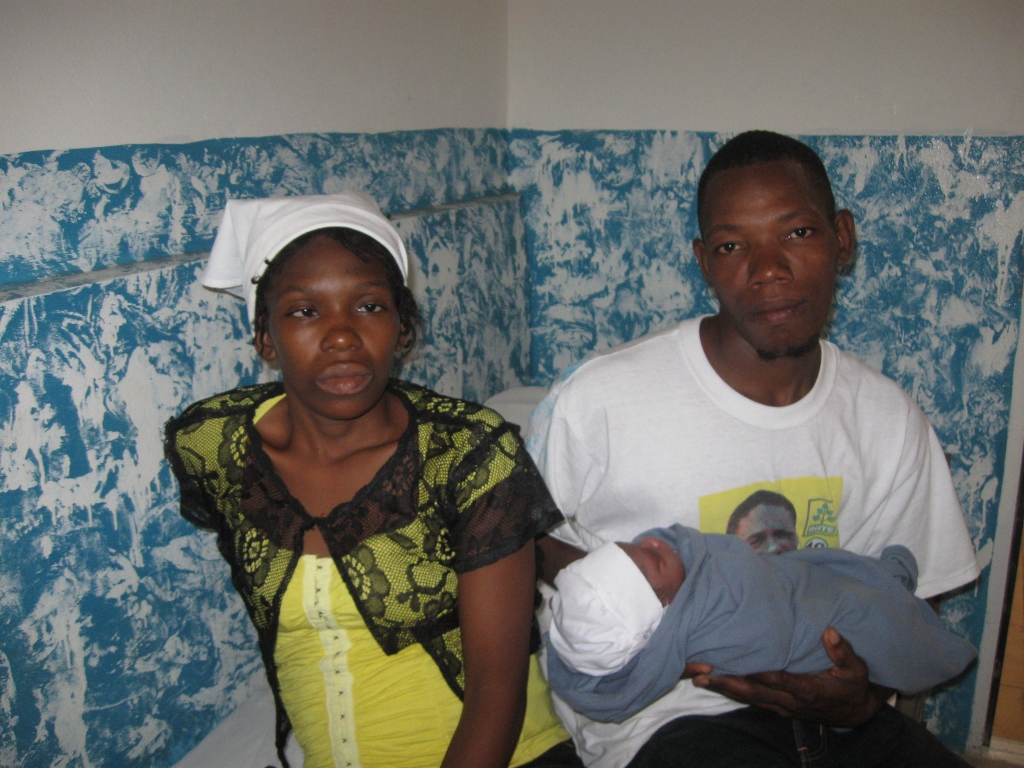 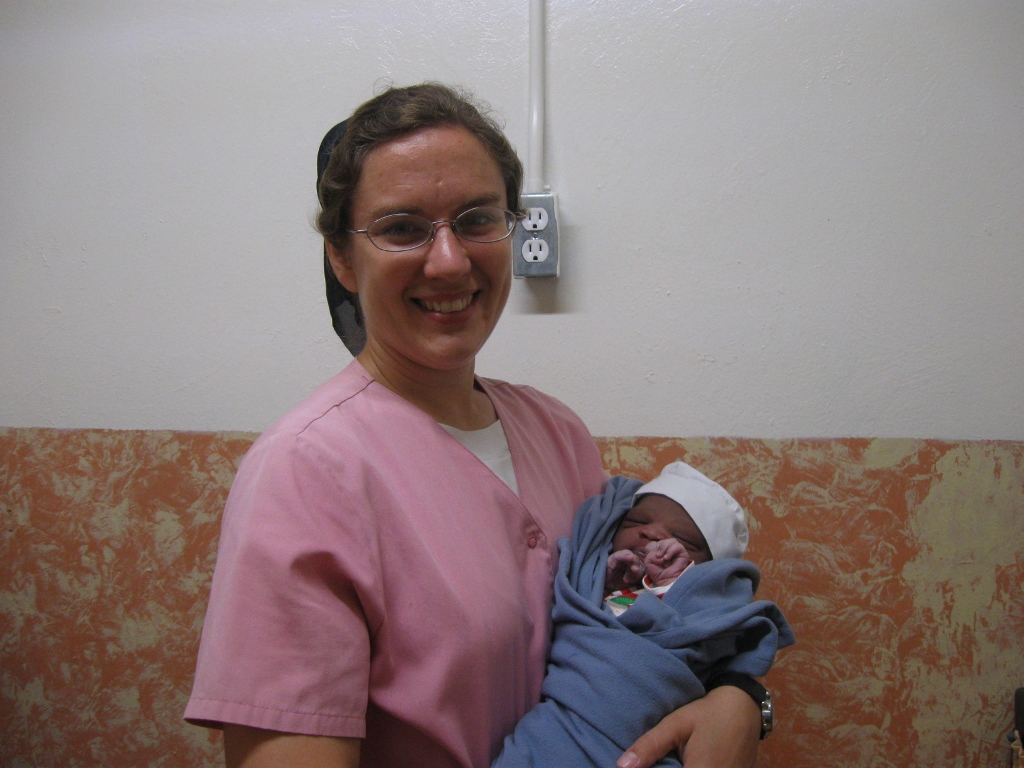 A tired but happy nurse

Saturday was Mis Joselaine's day on call, and I was glad for that so we could go home and rest.  I crashed into bed soon after I got home, and was soon sound asleep.  Around 11:30 or 12 I got a call on the radio that Mis Joselaine needed help.  The last thing I felt up to was dragging myself out of bed and back down to the clinic, but I didn't have much choice.

Upon arrival I found another lady in labor, but this was a first-time mom.  She was hemorrhaging when she came in.  I don't know how badly as I wasn't there to see.  So the situation was a lady hemorrhaging, in labor, and according to her dates she was only 7 months along.  It looked a bit grave for mama and baby, but trusting God for grace and wisdom, I set to work.

There were a lot of things that needed done all at once--an IV started on mom, oxygen and suction prepped in case we needed it for baby, and mama closely monitored.  Katie started working to get the IV running.  I called for Megan to come down to prep oxygen and suction, and I stuck with mom.

As I got totally engrossed in the emergencies at hand, I forget that I hadn't eaten anything after working half the night, and by now it was afternoon.  Suddenly the reality hit me when a strange feeling surged over me, that told me I was near fainting.  I started praying, and also asked the nurses to get me glucose (sugar) tablets and water as well as a chair to sit on.  You can just imagine the scene.  There I was with my gloves on, looking whiter than a sheet, just pleading with God not to let me faint then!  I've never been that near fainting without my vision going blurry, but it didn't.  After a little I knew I was over the worst.  Praise the Lord!

Not too long after that the baby was born.  To my relief it was obvious that it wasn't 2 months premature.  Another little boy, but he wasn't vigorous.  There was also meconium staining in the fluid so we did give him blow-by oxygen for a short time until he was headed in the right direction.

It was another one of those times when disaster seemed inevitable, but God had mercy! 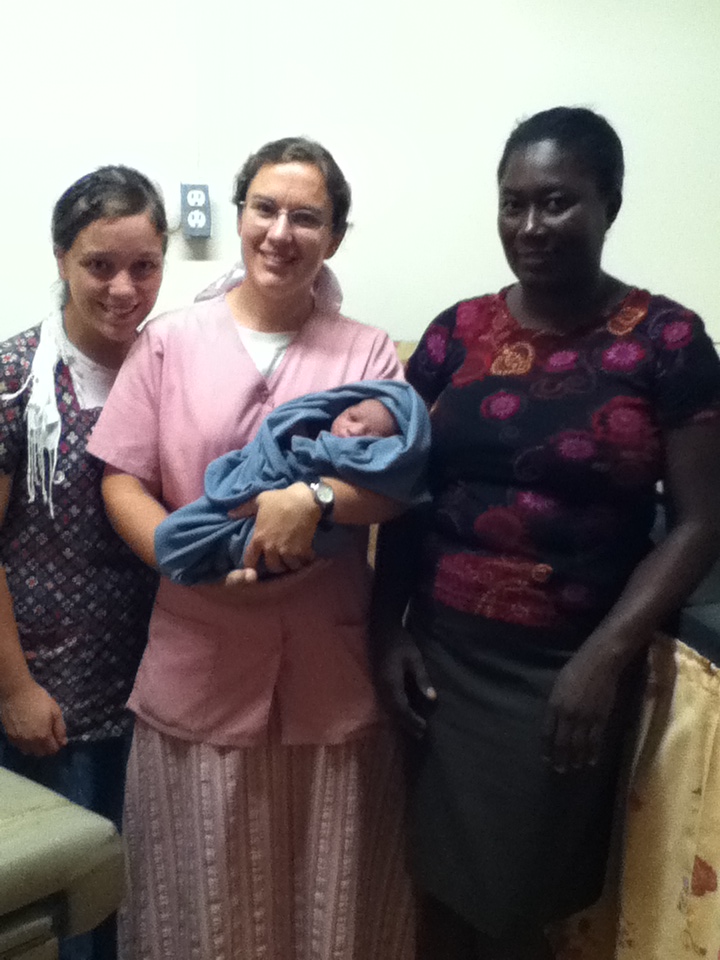 Surely by now we had enough excitement for one Saturday and would have a quiet afternoon--or what was left of it. . . not so. . .  It wasn't long before dark that two young men showed up at the gate looking rather gruesome--nearly covered in blood.

The first report was that they had been attacked by a pack of bandits, but the story seemed a bit fishy. At any rate, guilty or innocent they needed help.  One had only minor cuts, but the other had two major injuries.  He had a huge gash in his head which penetrated the skull and a nasty cut on his arm.  The one on his arm had a bone chip hanging out of the wound still attached to tissue.  After a quick assessment, it was very clear that the second one definitely needed further care than what we could give him here and quickly too.  We did minor cleaning and wrapped up the wounds, gave IV and oral fluid and soon had them loaded up and on there way to Leogane or Port au Prince.

It was Steve and Michael who took them out.  By the time they left here it was 9:30 pm or so.  Because of the head injury, the hospital in Leogane wouldn't take them so they went on to the hospital on this side of Port.  That hospital gives very good care so he at least has a good chance of recovery. 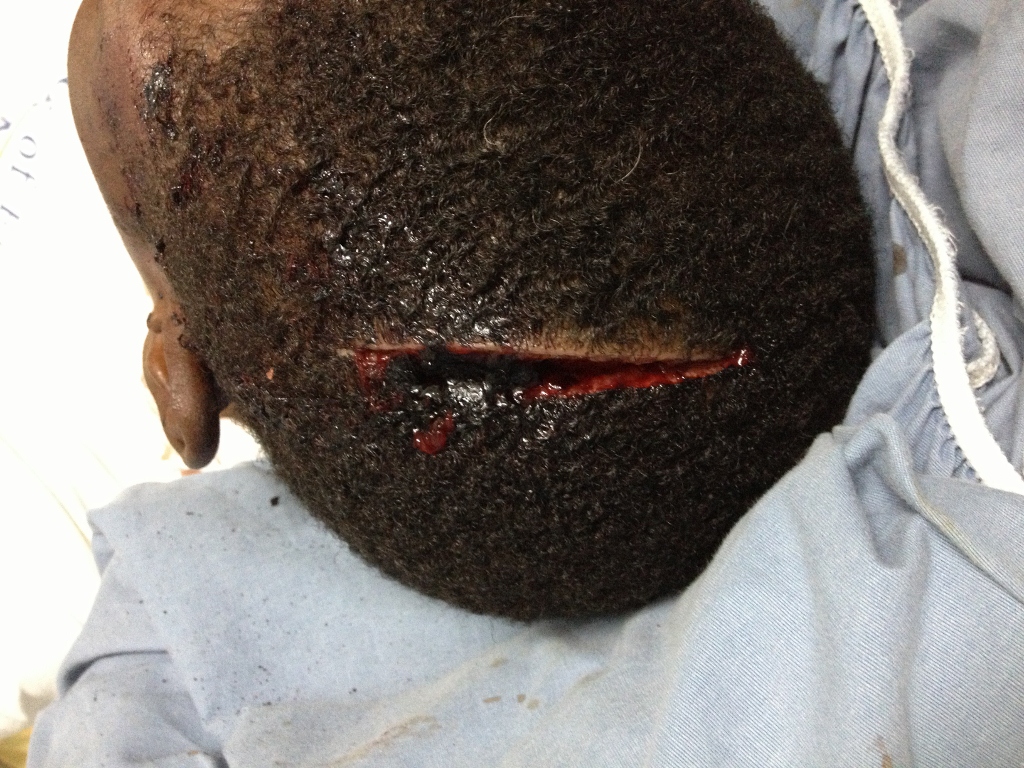 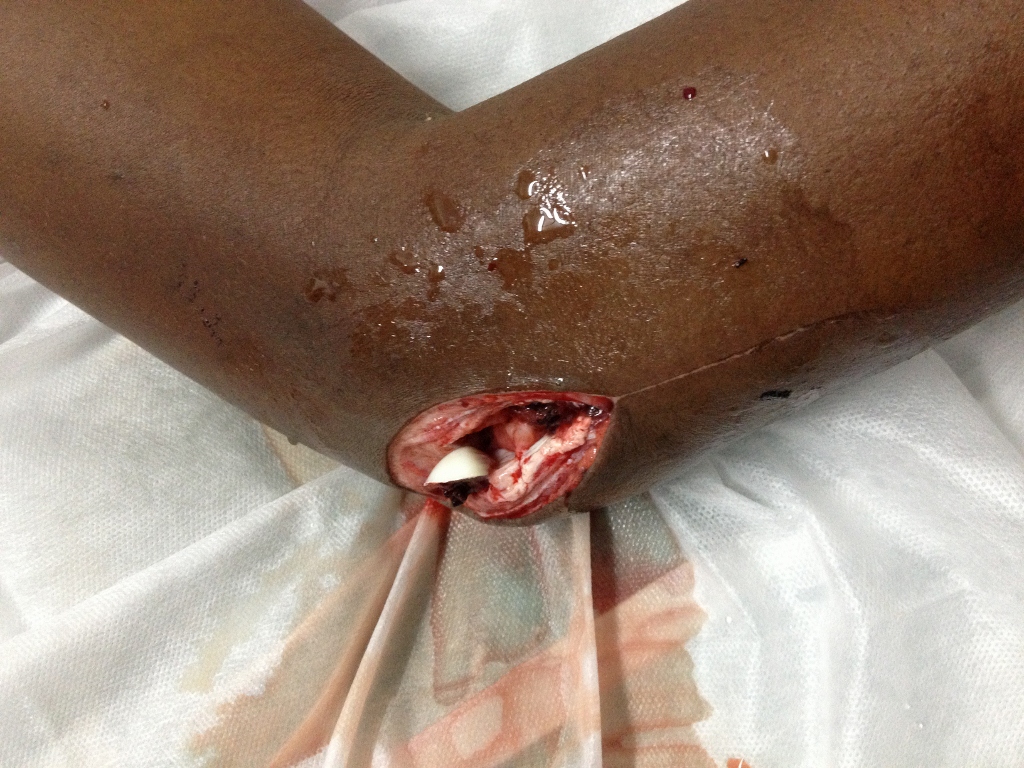 and cut in the arm
Notice the white in the left side of the wound, that's the bone chip.

We found out the next day that the fellow who was in worst shape used to be part of this group of bandits and left them.  He came to the area for a funeral, and when he was leaving they attacked him.  It was only the grace of God that he escaped with his life.