A misdemeanor of the femur

Today was Mis Katie's day on call. And it was quiet...at first. The first one and a half hours were spent chatting with random Hatians who passed by on the trail or stopped to talk. Occasionally, conversations were interrupted by the words, "Bon swa, zomi mwen." (Good evening, my friend.)
All at once, what should we see but a stretcher being carried up the hill by a group of four men. The gate was opened for them and they walked in and placed the injured man on the bed in the mis's room. " A big rock fell on him, and he broke his leg," The injured man's friends explained. His leg was twisted inward just above the knee and it was obviously a couple inches shorter than his other one.
Mis Anita was called down and her brain immediately started whirling in full speed as she tried to fugure out how to make a traction splint out of materials that we had. First she took a long board from the shop and using a hand saw she had found there, she cut it shorter and formed notches in both ends. One of the men watching exclaimed, " You were mis...now you are 'gwo boss'...big boss!" 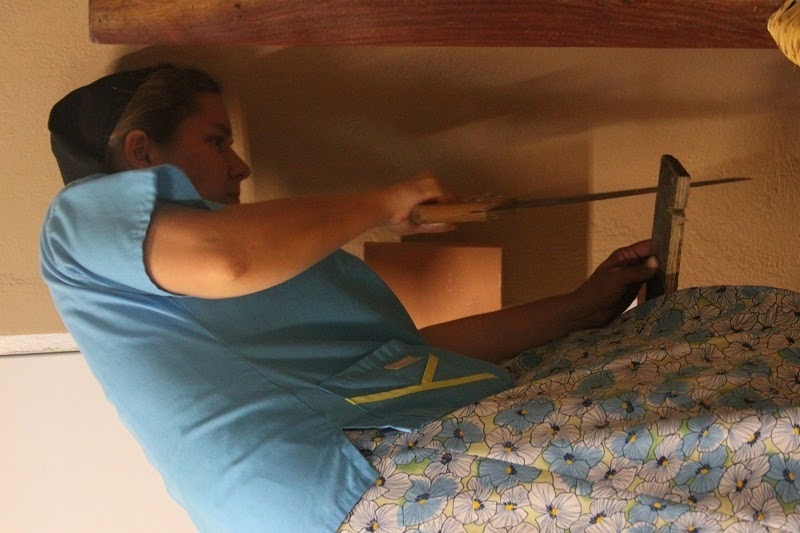 After readying supplies to splint his foot and degashaying to make a traction splint, we applied traction to the shortened leg to straighten it. It was painful for the poor guy laying there but by the time we were finished straightening and applying traction, the injured leg was actually a little longer than the unhurt leg!
His crowd of sympathizers was huge too. The caring and loving attitudes of his relatives and friends were touching. After his leg was splinted and wrapped up, his wife came and fed him Hatian spaghetti.  The smells of sweat and spaghetti and splint supplies all proved to provide an interesting combination. 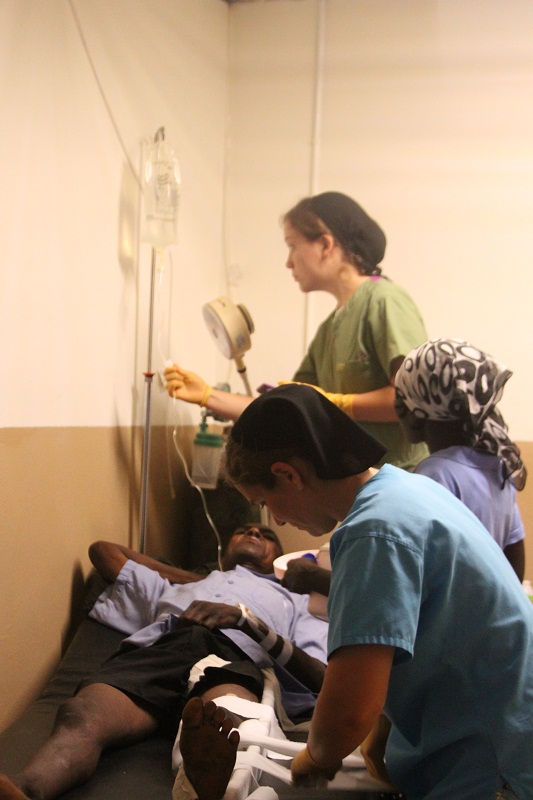 It was very interesting to hear the Haitian's opinions on the whole ordeal. Mis Katy had applied an IV and they thought that since the IV was supposed to be empying into his stomach, he shouldn't be fed much food. We all laughed at that as Anita told them how it really worked.

He waited outside then to be taken to the
hospital in Ti-Guave. 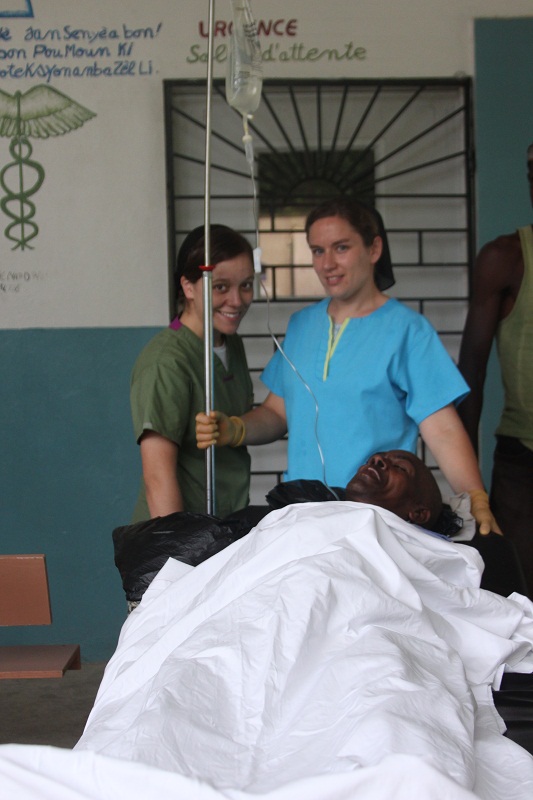