A man with cholera...

Saturday morning (5th) an elderly man was brought to our gate by a group of about 20 people; Michael went out to see what was wrong and they told him the man had a seizure.

So, we took him into the clinic and, seeing that he was severely dehydrated, gave an an IV or two. However, as Michael questioned the people more, he came to find out that the elderly man reportedly had diarrhea since Wednesday, and on Friday night collapsed in his garden while working. Since then he was writhing around in pain.

It sounded like a typical cholera case, so he was transferred to the cholera containment tent outside the clinic. As soon as his body regained fluids from the IV's, all the symptoms of cholera began to return and Michael began treatment.

The man was from an area called Quiquit; a good distance from here. Today we had a few more people come by with cholera- we sent them on, up to the clinic in Besace, for treatment. 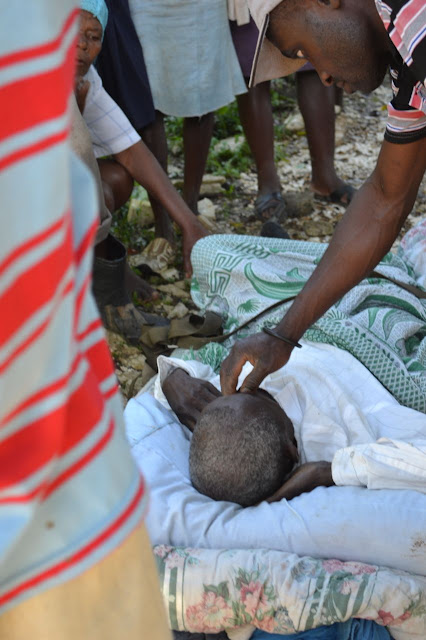 The man arrives with the group of people... 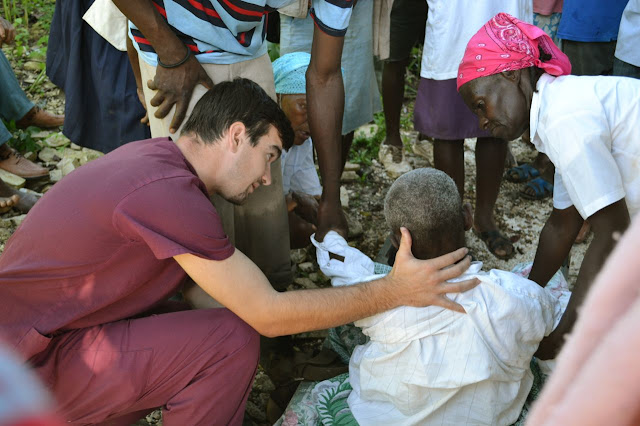 Michael tried to question the man, but he was too weak to speak clearly. 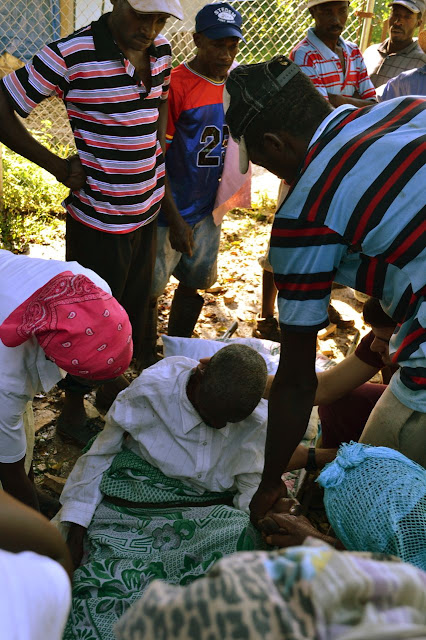 As he tried to get some answers from others, the elderly man slumps down in exhaustion... 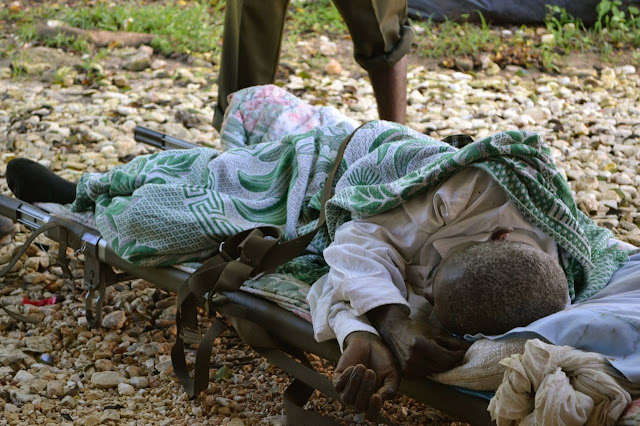 Having been carried into the clinic courtyard, he awaited his transfer into the hospital room. 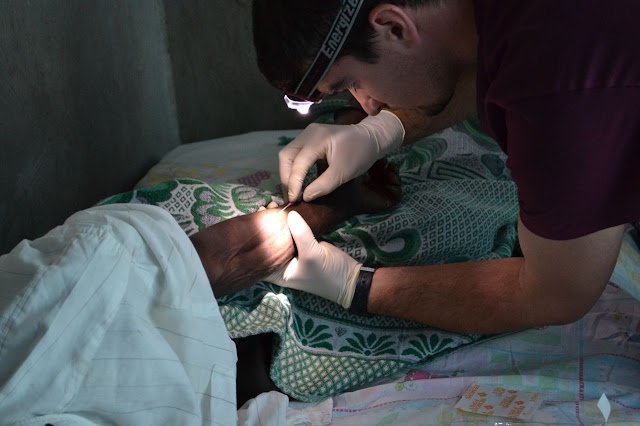 Michael immediately started an IV and, after a little while, a second one. 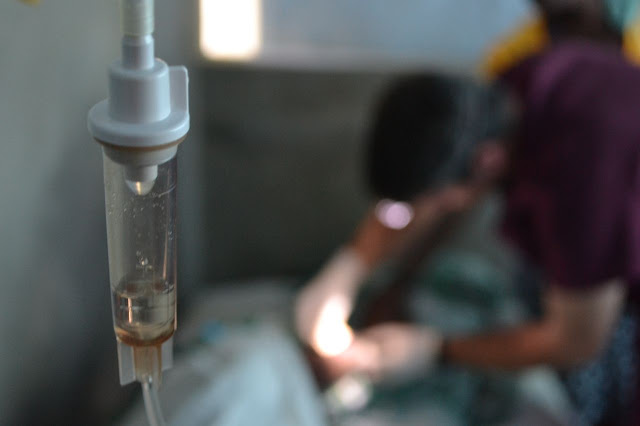 As the life-reviving liquids flowed into his body, he began to regain strength. 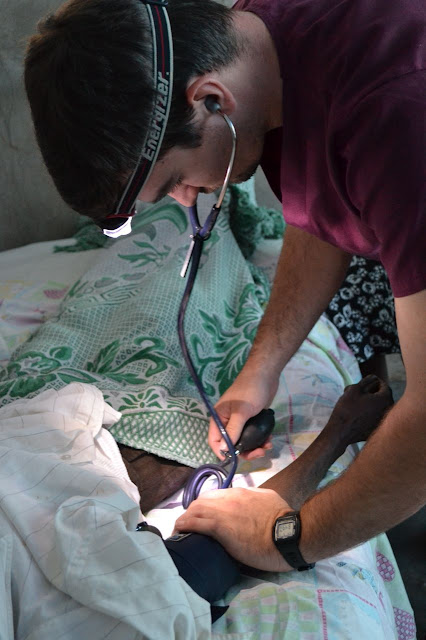 Michael checks his vitals and is pleased to find the man stabilized.

After 2 days of treatment we were able to send him home!
We were thankful for his recovery and that the disease doesn't seem to be of epidemic proportions in his area!