In Search of Good Moms...


It was a busy day, and I kept passing Whitney in the hall, as she sailed around, checking on her patients, and bandaging the burn boy. Have you met him yet?
We love him. His name is Jean Franz, and, in spite of the pain of a very serious burn,  he is often very cheerful. 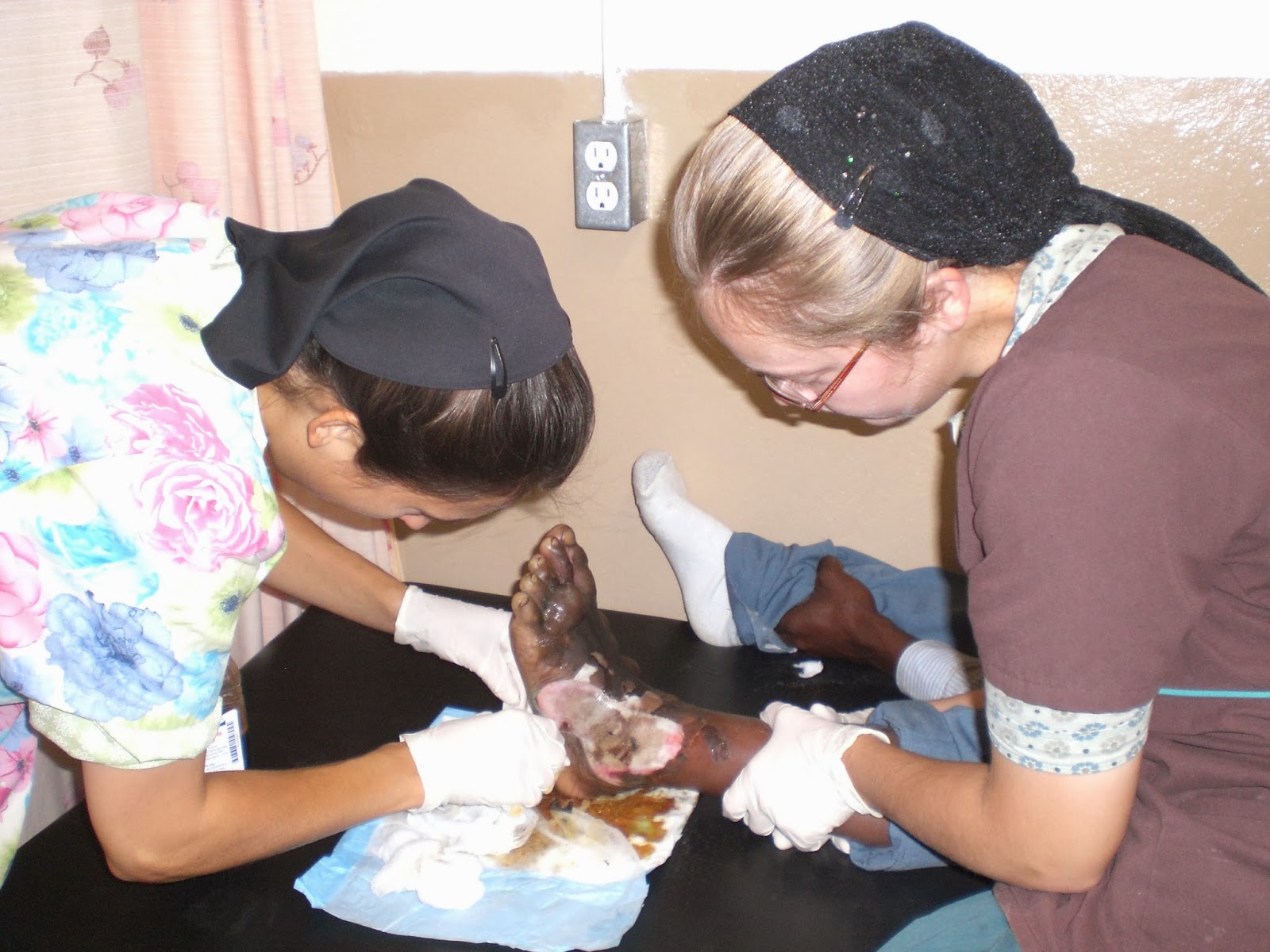 He is on a daily dose of Antibiotic, via IV, and we are bandaging his burns with sterile precautionary techniques.We are holding him in a hospital bed, so we can keep a better eye on his progress. It is so refreshing to find him passing the day reading in the Bible story book that Whit gave him, or see an open Bible on his dad's bed when we come in the morning.
So far, we feel like things are headed in a right direction with his wounds, but it will be a long road uphill to recovery. His tendons and veins stare dangerously out from a moist, white wound. And we stare back, prayerfully hoping they soon are covered with skin. I think Whit will give you a nice, detailed update on him later this week. His wound looks a lot different now, with all the dead skin peeled away.
"I have a baby for you to look at," Mis Josalaine called.
I stare at the little face, and realize this baby is only about 9 pounds at four months old. Maybe I should try to feed him and see how he acts. He acts lethargic. He wants to gag. I look again. Is his breathing steady?
Oxygen stats show that he is not doing well at all. And that is how we decided that this baby needs to go somewhere where he has a chance. Which isn't home to his family. Our team called a machine down and in a few more minutes the baby was on its way to a hospital, where big doctors will do what they can to save the miserable existence of one more sweet baby.
And the next day, we sent another baby out to a specialized malnutrition center. His poor little swollen feet sported open, bloody sores, and in spite of drinking donated protein-rich milk every day, he wasn't thriving. Hopefully, with 24 hour, specialized care, he can do a bit better. 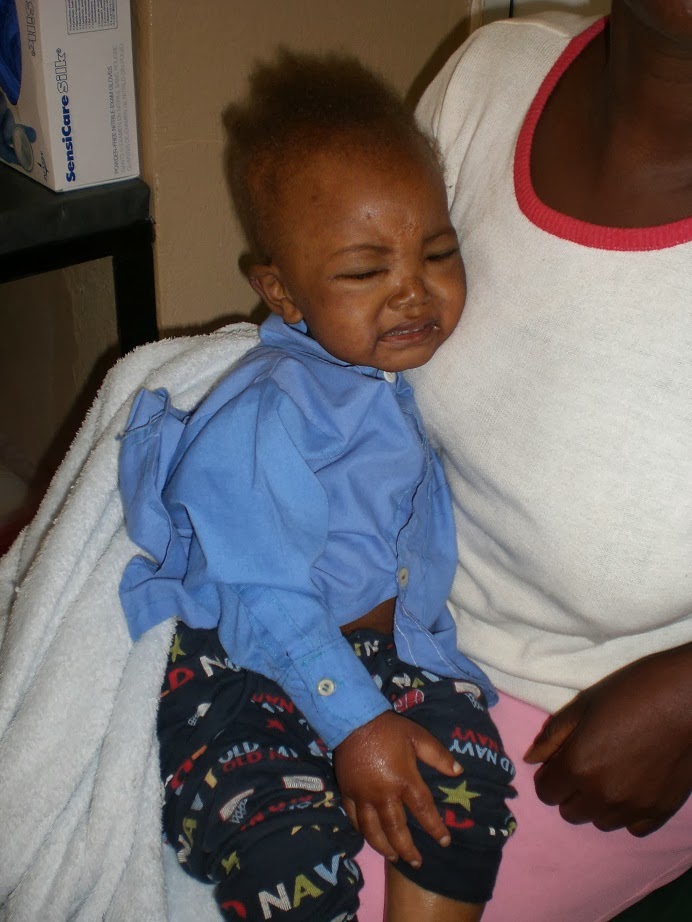 We were just finished with our beans and rice, when another person called for a nurse. I slowly walked down to the clinic, wondering why the parents hadn't brought the baby in earlier in the day. And then, as the reality of what I was being showed struck me, I couldn't help but pity the creature before me. It was a baby. One baby-with how many heads? An ugly abscess-a watery lump of fibrous tissue. The baby smelled bad. He was all wrapped up in a towel, and covered with a sheet. Poor thing. Poor living creature. We tried to get it to drink a bit of milk, which it did lazily, and then we sent the dad and baby out to the hospital to search for help. Ache. Big ache for that big head. But hopeful that somewhere some kind physician will have the wisdom and love to help him somehow. 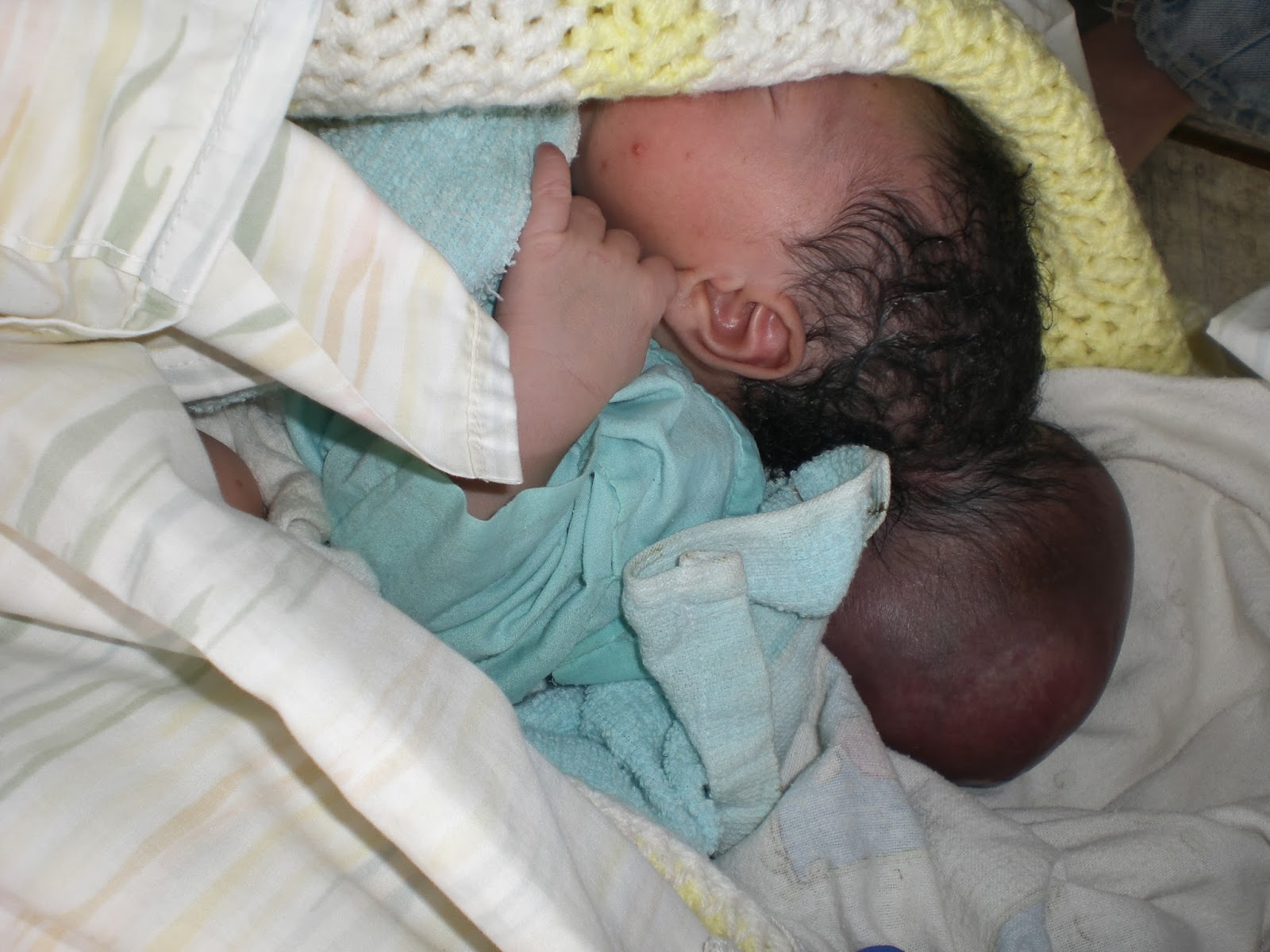 Mis Leda got the chance to cut a cast off this week, too. Bless her for all her help these busy days with Mis Katie gone! 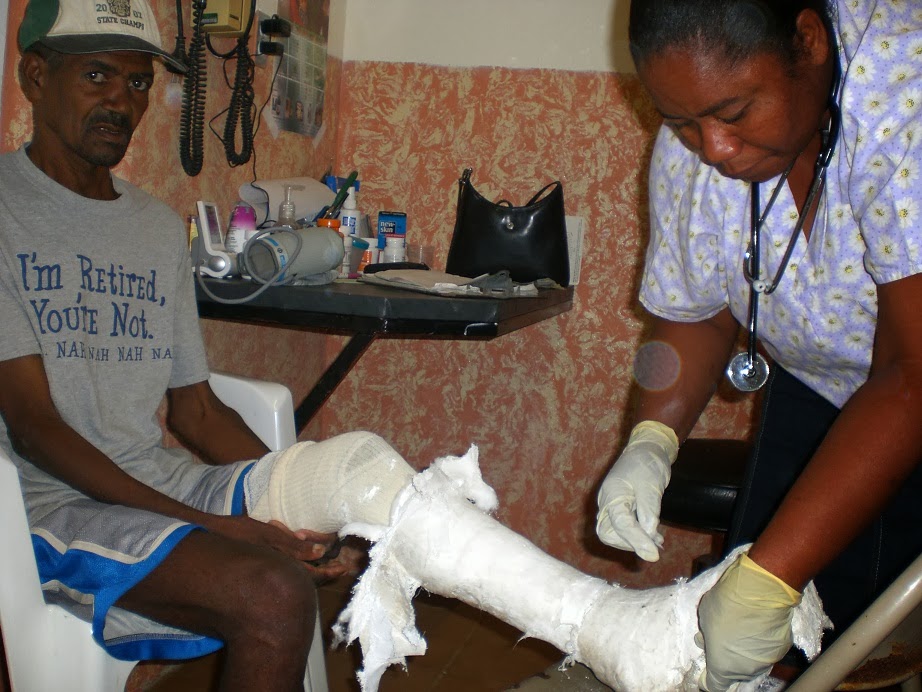