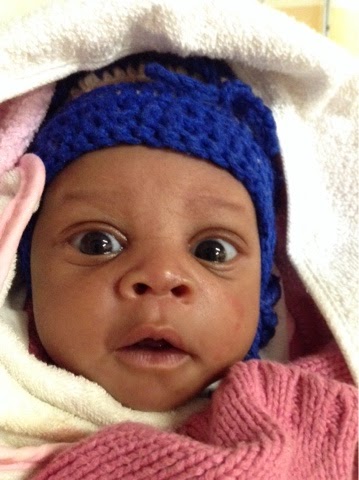 You wouldn't recognize this bright-eyed little face from a couple weeks ago!  She's the one whose distraught mother rushed into the clinic with her cause she was in respiratory distress from a very plugged nose that Mali unplugged. :)  If you remember, she also had a strange mouth condition that has totally cleared up! 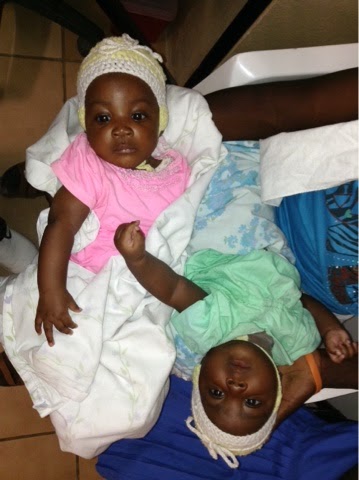 I was quite pleased to see how well this set of twins was doing after their mother had been giving me the report that, "they are just too small and really need formula."   I finally convinced her to bring them and show me, after which I assured her she's doing a super job and that they're growing very well! :) 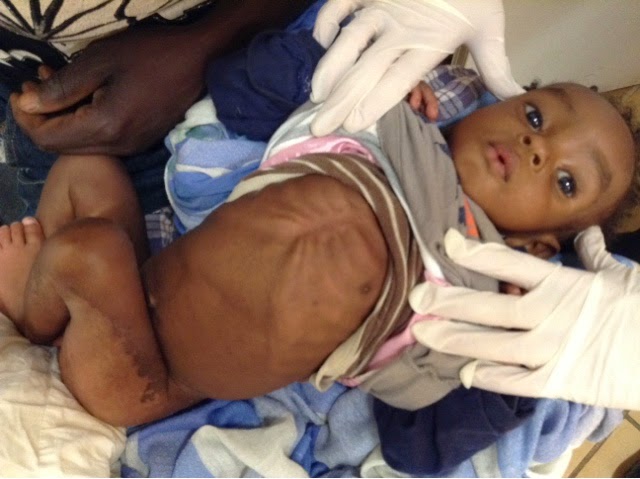 This little boy is a heart wrenching sight.  He's the one I'd mentioned that literally seems to be starving to death.  The case is very unclear, but we suspect that he may have a perforated bowel, which could've come as a complication of possibly having typhoid.
When he came in a few weeks ago with a fever, swollen stomach, lack of appetite, and was passing blood, we had sent him out to a hospital in Port au Prince for care.  They came back with the report that they couldn't do anything for him but give him meds.
So now he's back, and even though he eats, it doesn't appear that he's properly absorbing anything.   The picture below was taken the day we took him out to town a few weeks ago... 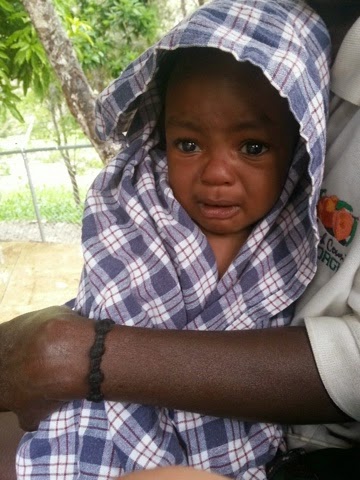 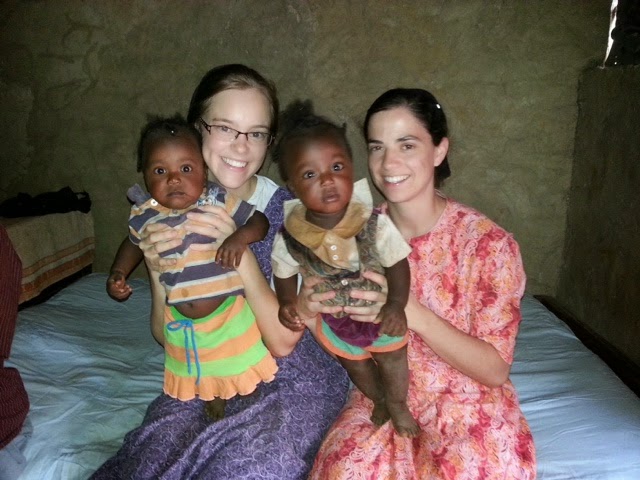 Last week a few of us made a house call to check on a young stroke patient who needed more meds.  This set of twin girls, Martha and Anita, are his half sisters.  A cute little pair.  :) 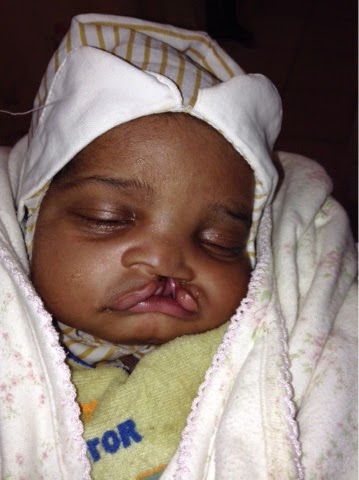 And here recently we had a second baby boy come to clinic with a unilateral cleft lip and palate!  It's strange to see two exact cases in a month's time like this.
I think a number of us have passed our designated blogging days by with no blogs to show for them, and now we're all catching up at once, cause I noticed Alyssa blogged last night, and Mali was also talking about doing one...:)
Anyway, hope you all have a blessed evening in your respective places!  I came across this quote the other day, and since I'm not really in the frame of mind to write anything more substantial for a post tonight, I'll share it instead...:)
"Character cannot be developed in ease and quiet. Only through experience of trial and suffering can the soul be strengthened, ambition inspired, and success achieved.”
-Hellen Keller
More later. :)
-whit
By Whit - May 20, 2015 1 comment: