It is Sunday. I love to sing and see the sun. But the Clouds bring contrast to the sun. And I know that God allows them to add dimension to our lives and to make our heads turn beyond this earth to Him, the Source of light that shines even brighter than Sunday sun.
I was at a little prayer service on Thursday afternoon when a lady arrived on a cot. As I was walking home, the Haitian nurse who was on call notified me about the patient. I went straight to the hospital, and blessed Mis Katie and Mis Mali for putting an IV in, and making her comfortable on the bed.
Right away, it was obvious that she was in fairly serious condition. Her legs and stomach were noticeably  swollen, and her feet had open, oozing sores. Her head was bobbing with the rhythm of her respirations, although it didn't seem like her breathing was extremely labored. Her blood pressure was very low, and she looked very anemic. Temperatures held a bit higher than normal body temperature.
I went home to talk to Kate and Mali, and discuss the safety of her staying in our facility for overnight. We decided to monitor her a few hours, and then called Steve to alert him to the situation. Thankfully, he told us that the doctor was coming on Friday, and her since her stats didn't seem to be dropping, we kept her the night, and started her on a round of Ceftriaxone.
As we continued to follow the situation, we began to feel that this case was beyond our small clinic's realm of help. Late Friday afternoon, we gave one 20mg injection of Furosemide, with fairly favorable results, but not enough to feel like we were comfortable with having her here long term.  We were wishing to know why there was organ failure, or if there was an underlying disease that was shutting her system down. 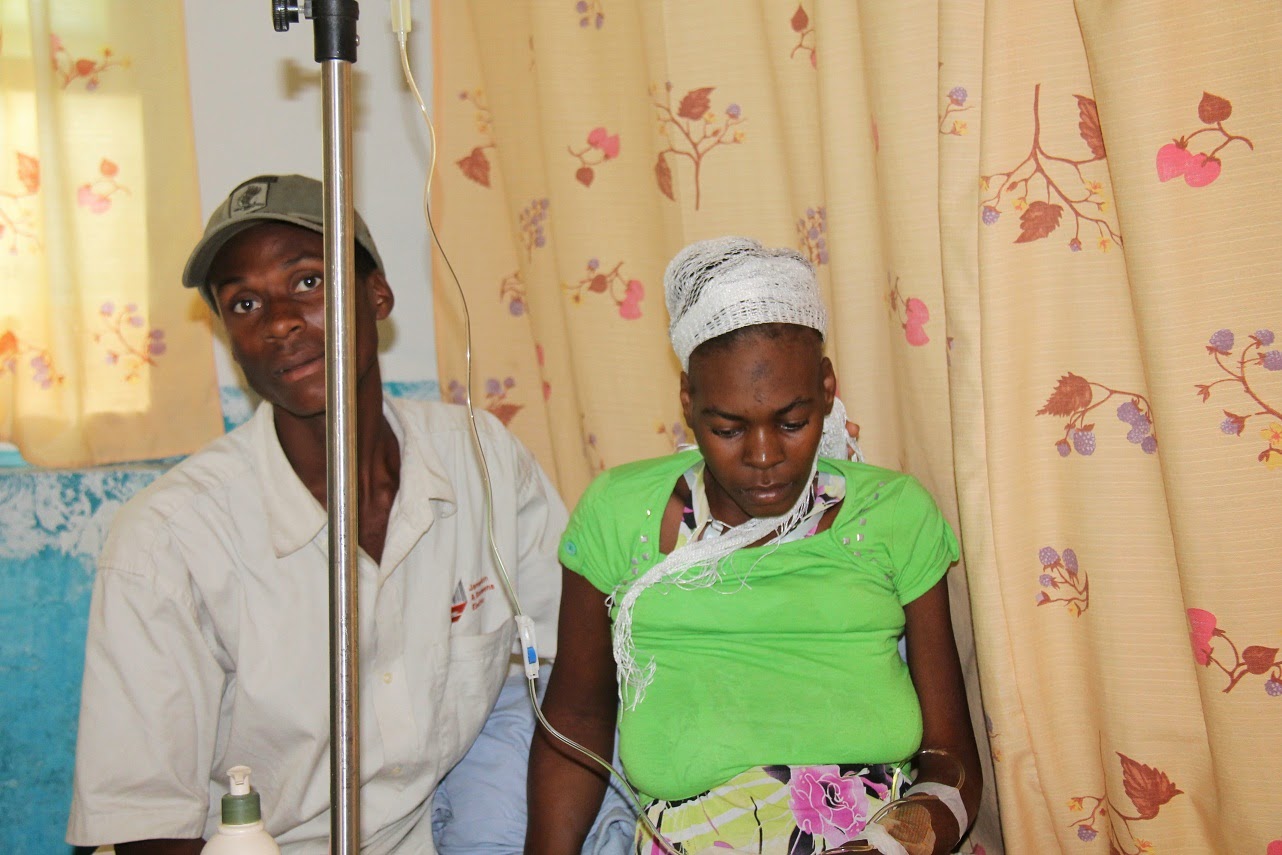 Finally, on Saturday morning we arranged a ride to get her to a hospital. Through it all, her brother was strong and very helpful. He rejoices every time something seems slightly better. We ended up stopping at three hospitals before we landed in TiGoave. There, the emergency room beds were all full. We found a wheelchair, and waited. It was hard to be patient, when I saw all the pain she was in. Thankfully, they shared some gloves with me, so that I could start the IV going again. It had gotten knocked down too many times on the bouncy ride out the trail, and eventually, we just turned it off.
One of the Christian Haitian doctors that we know came in especially to help us, and he did a consultation on her. By now, her wounds were oozing again, and she was in great discomfort. One kind person in the examination room gave us the bed of their little boy who was only "slightly sick."
The heat was oppressive, a mouse ran around the corners of the room, while I was there trying to wash the bed with a cotton ball, because there was no more gauze.
I had to bridle my frustration with the situation, breathe a prayer that I could glorify the Lord, and remember that I wasn't even the person in pain. My heart grieved the absence of order and cleanliness in a place where such things count the most, and germs are being passed from one person to another.
I sweated inside my huge purple gloves and wondered what all the people were doing that were supposed to be here washing this place up and sending supplies for the bleeding, dying Haitian people. I don't know. It's not my business, but it does touch my heart.  And, I wonder.
I couldn't resist this picture. It is a little boy that Kate was in charge of sending out to town for help with uncontrollable seizures. Mali said maybe he was an angel, because his eyes just shine with such Heavenly joy. I'd say she might be right! 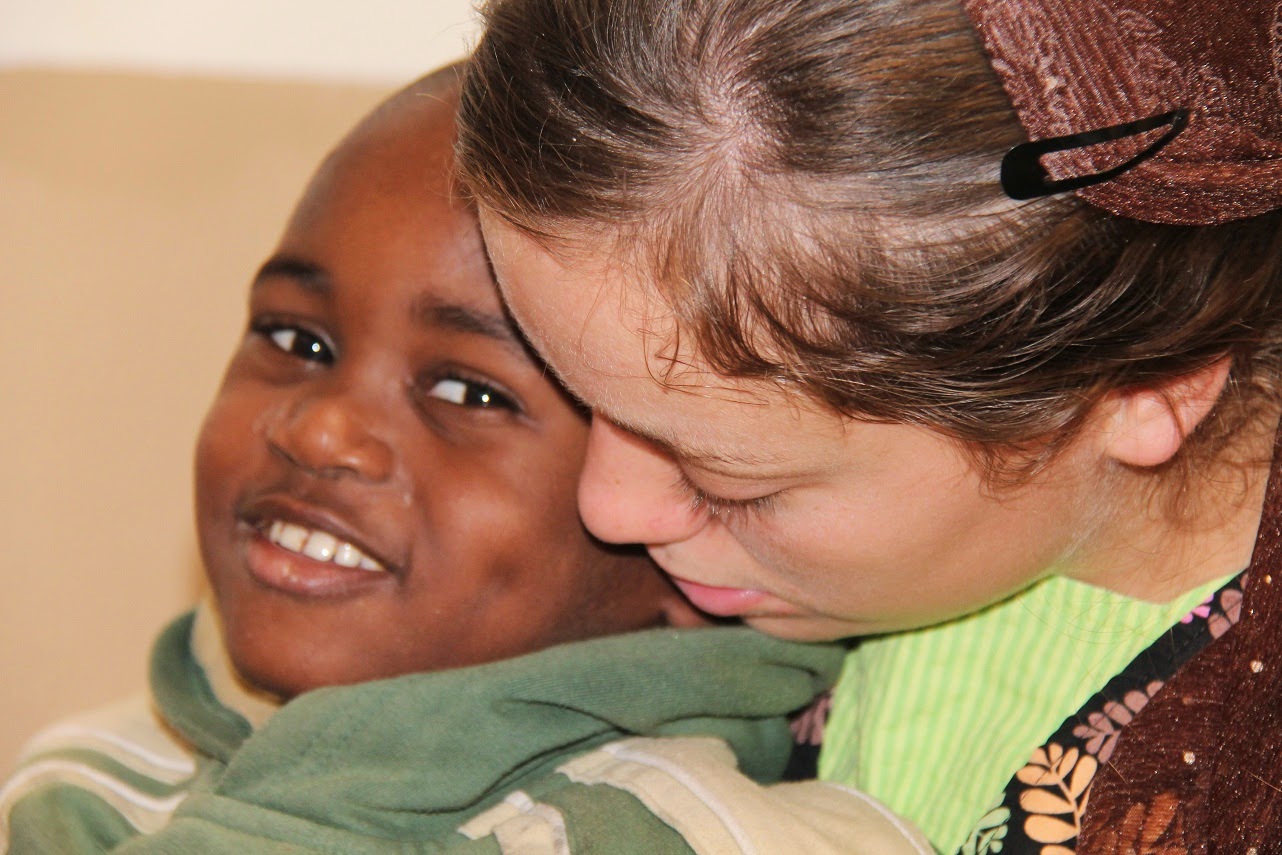 Inside of all these medical cases are people with hearts. Some of them haven't had a chance to feel much love yet. Pray that we can pour more out!(And that God would protect us from the germs!)
There are times when we don't know how to deal with all the fluctuation that our job gives to our emotions. Mali and I were along a medical run this week, and we just had to throw on our sunglasses and throw up our hands. We miss you, Kindra and Whitney! 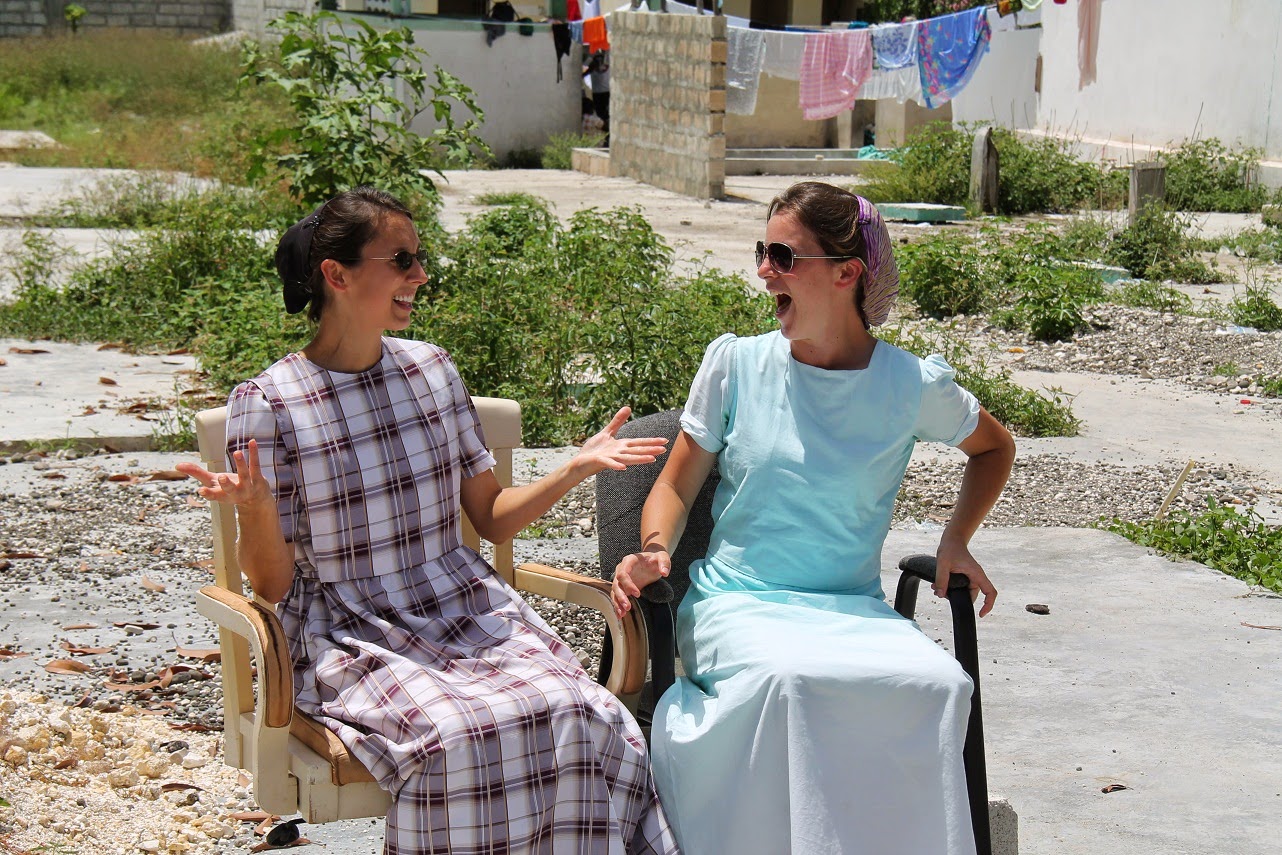