Madam Daniel's Baby.
March 24th, 2012
-By Breanna Keller
At 5:00 this morning I awoke from my deep, sweet slumber to a faint “clang clang clang”. Someone is knocking at the gate (with a rock)! Finally! I’m able to distinguish one sound from another here!  That doesn’t sound like a large achievement, I know – but when I first arrived, the people on the compound here would often say to each other, “Someone’s knocking at the gate, wanna go check it out?” I’d stand there straining my ears and all I could hear were roosters, donkeys, people talking, the generator, etc. Anyways, so this morning I smugly lay in bed delighted that I was probably among the first to hear the knocking.  It continued, and I was just about to wake up Anita because I figured someone should answer the plea.  But then I heard voices and knew the visitor was being assisted. A few minutes later – over the radio came the call that a lady in labor is going to be arriving soon!  After a short delay to process the information coming over the radio – and a second call put forth, a groggy Anita answered and said she’d be getting up and would be out soon.  Since I’m her shadow, I followed suit (The shadow thing is kind of our joke.  I’m still quite new here obviously and I’m pretty much following her everywhere learning how things run. Also as an extra set of hands that also need much explaining done to them on how to perform various tasks: ).
The laboring lady (Madam Daniel, the cleaning lady who works at the clinic) had walked about 20 minutes. She had to stop every several minutes for a break and probably a contraction – and she arrived complete.  She did an excellent job the short time she was here before delivering and throughout.  Michael said it was the second quietest birth he’s heard in Haiti (characteristically laboring mothers scream, holler, and moan.  The reason I personally know that is because last time I was here on a team in January, I missed a considerable fraction of two nights of sleep due to their noises wafting through the compoundJ.  Any concept of reserve is comparatively nonexistent).   Anita also did a wonderful job as midwife and without much delay; a beautiful, healthy 6# 13oz baby boy was born. He got cleaned up right away, weighed, dressed and wrapped in a cute blue blanket and finally presented to the mother.  Praise the Lord all went well! 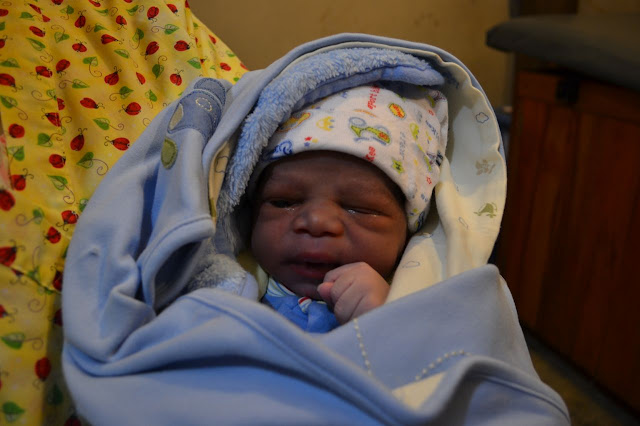 Here's the healthy little guy! All ready to go! 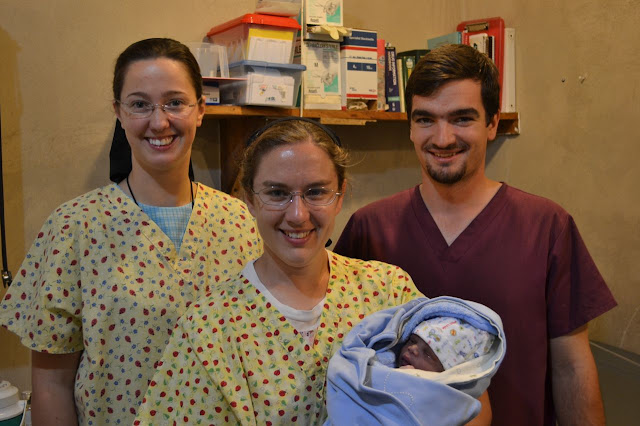 The medical team that helped with the birth:
Breanna, Anita, and Michael 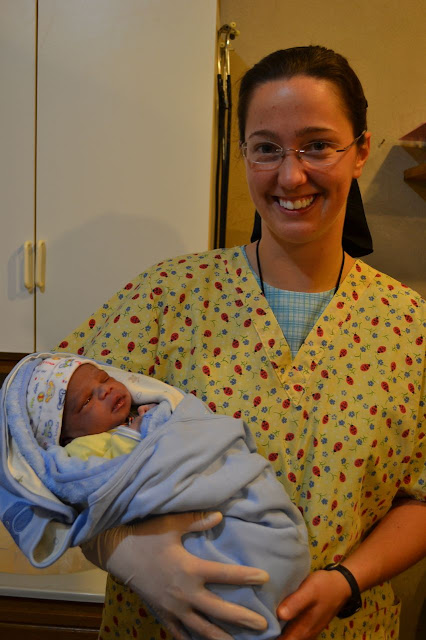 Breanna and the baby :) 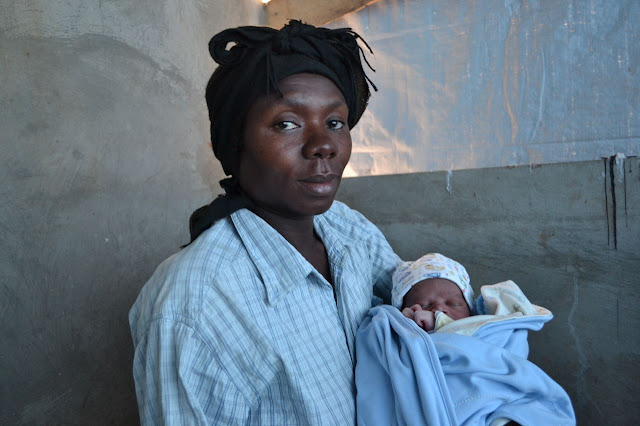