Called to the clinic. . . What will we find?

It was Wednesday about 2pm or so. Clinic was over for the day. Breanna and I had left clinic and I believe had lunch as well when Polvert, our guard, called me saying someone had come to clinic with a sick child. He said the child had been fine in the morning, but now wasn't doing well. With Michael and Virginia visiting in the States right now, I send some afternoon stuff to Mis Leda but decided to go check this one out.
Breanna and I headed out to the clinic. What I saw when I got there set me into quick action. You can see in the first pictures that the little guy just kind of has a glazed look on his face. He was amazingly alert, but his color was scary. He was kind of an ashen gray with white lips. I quickly checked his oxygen saturation--78-81%--heart rate--255 bpm. That told me enough to decide to quickly get him on oxygen. Very shortly thereafter his oxygen level was up to 88% or so and his heart rate down to 150 bpm. He was much better off, and I could check out other things to decide what he had and how to treat him. 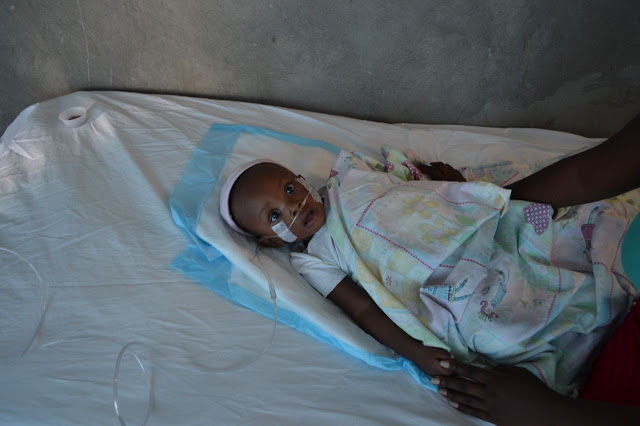 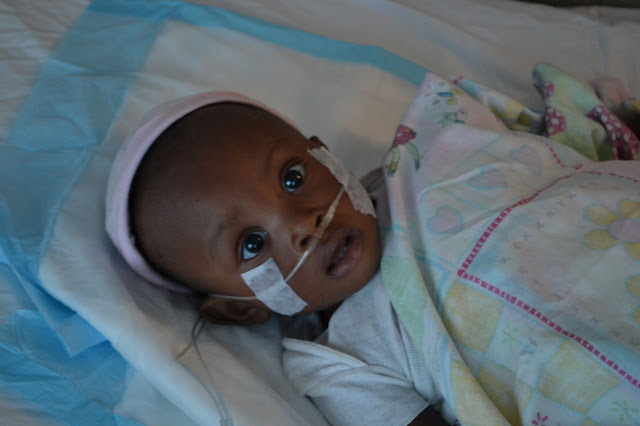 Upon listening to his lungs I could tell they weren't clear. I treated him for a respiratory infection, and kept him on oxygen. As the afternoon progressed he continued to do well.
Now I just needed to know if by morning I could take him off oxygen or if we'd have to send him out so he could stay on it longer as we don't have a huge supply of oxygen. Steve was going out in the morning so we got up to check on him early. I took him off the oxygen and checked his saturation. He was doing well so we didn't need send him out. I kept an eye on him throughout the morning as we had clinic, and he continued to do great. 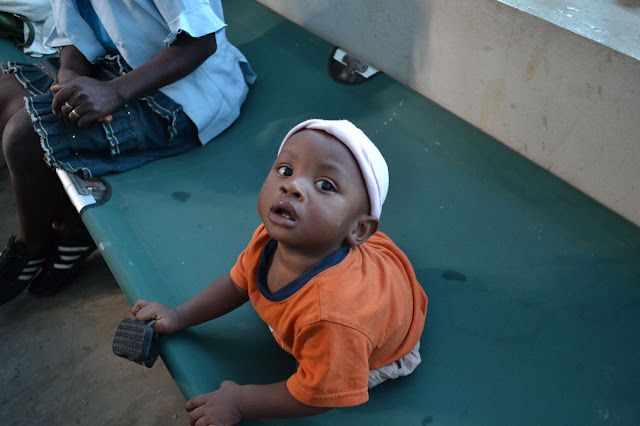 You can see from this picture that he's doing pretty well.
By mid or late morning I sent them home. It was so good to see him head home in much better shape!
By Unknown - April 20, 2012 No comments: