If You're Happy and You Know It, Stomp Your Feet

What a good day. As the sun disappears behind the hills, I know that it was good. For a lot of reasons. But wait until you see this picture. 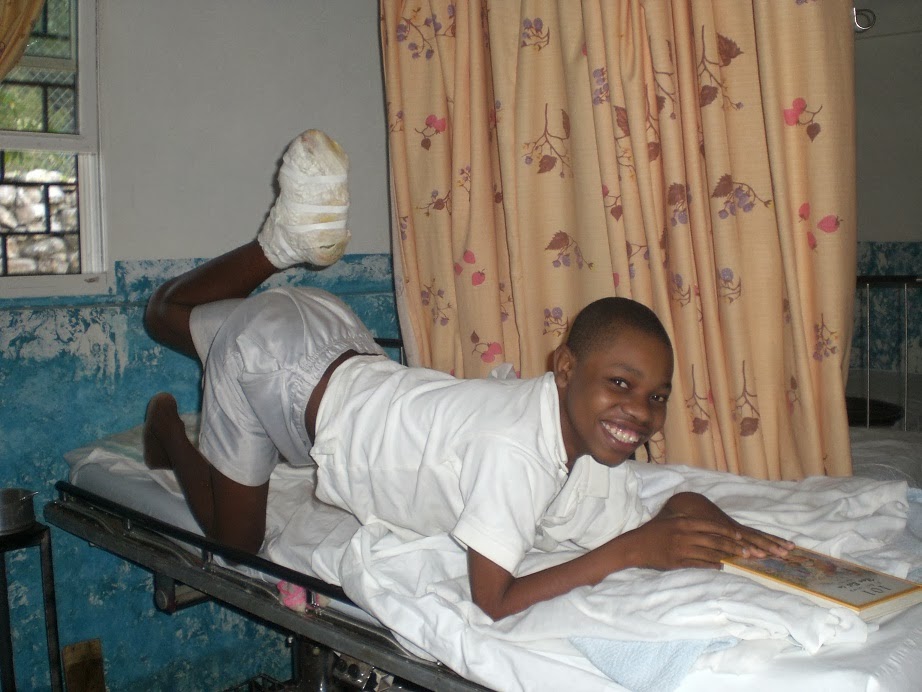 "In the Name of Jesus," Jean Franz chanted as he waved his leg and did his physical therapy exercises. It was so good to see him bouncing around and in good spirits. No tears today! His leg is continually making new skin, and he seems to be fighting infection quite bravely, although we know that the possibility of infection beginning is just around the corner at any time. "In the Name of Jesus", healing can happen, though. That part is thrilling. Later  today we pulled out some crutches to help him stomp his happy foot a bit more, and get some outside fresh air more often. 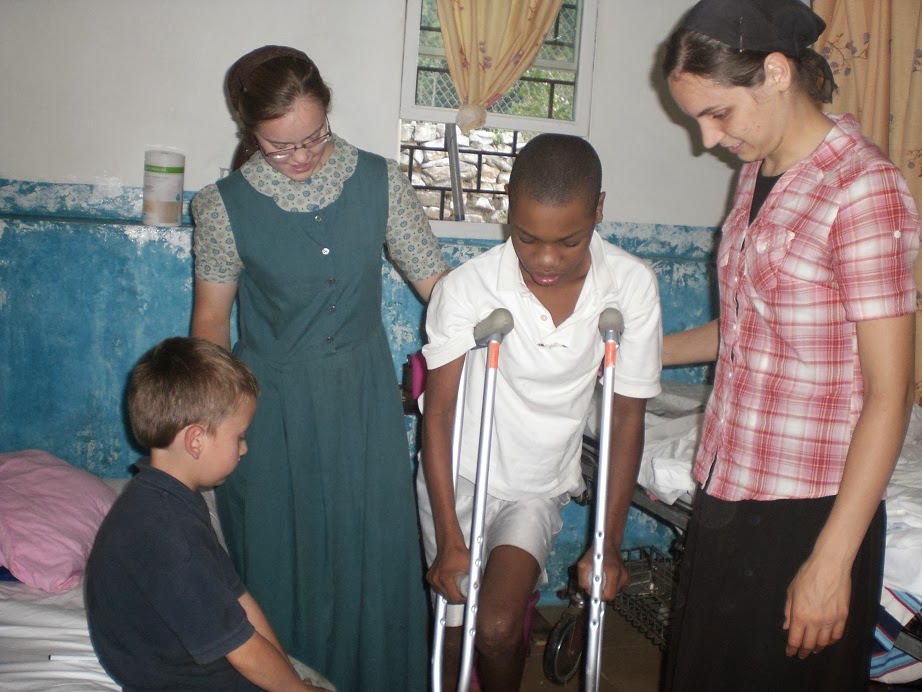 I think I also need to tell you about yesterday. Because, well, because I am celebrating Kate's first delivery of a newborn! Unluckily, we lost a lot of sleep over it, but since it was an adorable, healthy baby girl in the end, we kind of forgave them all for that. Kate named the little thing Lovena before they left this morning. A man on crutches appeared in our clinic today. He had an open fracture from an accident he was involved in during the month of August. If he never gets help, he will be on crutches for the rest of his life. I hope we can find someone with a heart and the skill to rebreak it for him, and help him get back on his feet. 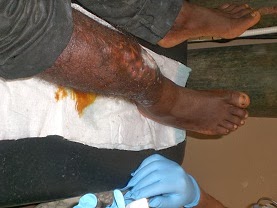 Today we had a lot of visitors at clinic. About 7 Americans came to tour our facility in hopes of starting a new clinic in another area of the Haitian hills. I think it is exciting! So there, that's part of my good day. Have a good evening yourself! -Mis Woda