Some of us went up into the mountains for a cell group service yesterday and, after the service, a woman came to us with her little toddler- he had blood dribbling down his chin and was looking a bit stunned.

We sent him back to the clinic while we did a house call elsewhere, so when we arrived back home we were all curious how things went.

Michael had taken care of the case and the little guy was now officially minus one tooth on his bottom jaw :)

How did it happen? That was the question on all our minds! After asking the parents, Michael had the story: apparently he was playing and had put his face into a tin can of some sort- someone came by and had swiftly yanked it off, his tooth catching on the can's lip in the process!

Funny thing was, he had the most cheerful attitude the entire time! Such a happy little guy :) 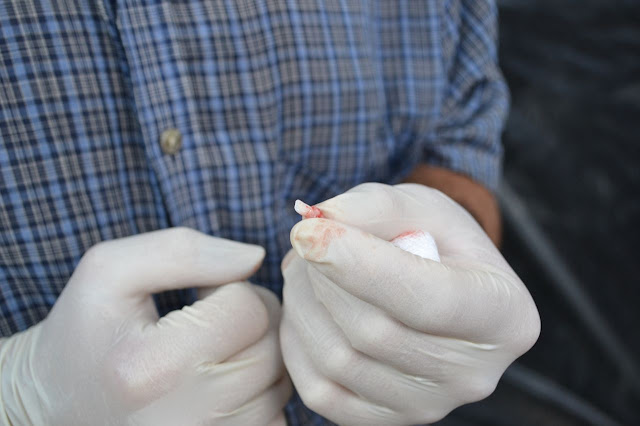 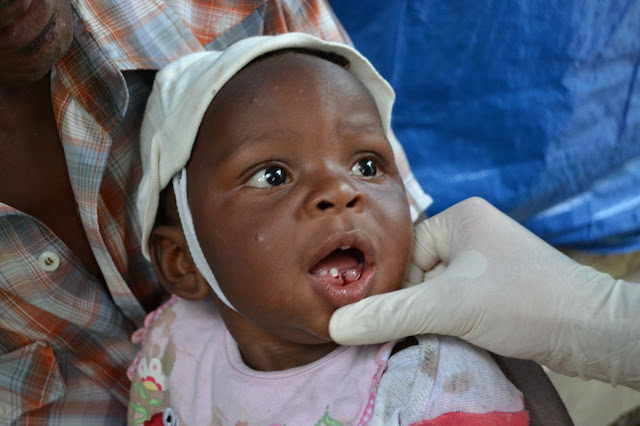 They said during the operation he was grinning the entire time :) 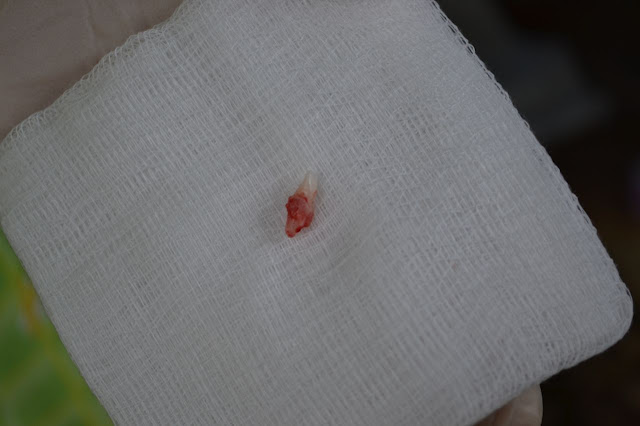 The tooth had actually pulled out of the jaw bone, instead of snapping off. 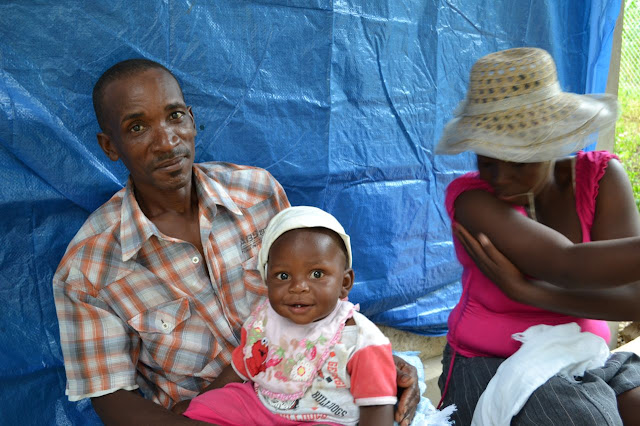