You know the kind of morning when you feel like you spend all your energy just getting up and going?
Well, this morning was one of those mornings.
"Oh well, tomorrow's Friday." I thought gratefully.   I plodded tiredly out the gate and paused for a second, taking a deep breath in preparation for the day ahead.  The last thing I felt like doing was talking to anyone, but I knew it was inevitable.
Just a few yards down the trail, I saw a familiar face coming towards me from an adjoining trail.  I couldn't remember how I knew him, but I saw him nod akcnowledingly at me and I immediately felt myself cringe inside.
I smiled nonchalantly and greeted him with a "Bonjour, como ou ye?" and kept walking, hopeful that I wasn't the person he was headed to see.  But I was.  He quickly caught up with me. "Mis(Nurse), I'm still not better.  I still have the same problem, and I'm just not any better."
I was still trying to remember who he was and what his problem had been, so I asked him if he had a rendezvous to see me today.  He pulled out his wrinkled appointment paper to show me.
I read the note I had made about his problem, and sighed.  Now I remembered.  He had been complaining of a burning sensation in his stomach that had been going on sometime, and I was disappointed to hear he hadn't improved with the treatment I'd given him.  "Ok, well I'll call you in at the clinic!" I told him, and headed on.
The next person I passed was a middle-aged lady who I felt immediately annoyed to be stopped by, particularly when she leaned close in to my ear and whined quietly, "Mis, I have a really bad infection.  Can you please give me a gift of some medicine for it?"
I explained that she must first make a dossier, to which she replied that she didn't have money for.  I instructed her to go speak with Fre Direk, since he's the one who deals with people and their payments.
She agreed, and as she walked on, in a burst of tired frustration I exclaimed out loud, "God, I'm sorry, I don't have enough patience today!  I just don't.  You're gonna have to help me!"
I was slightly encouraged about the day to arrive at clinic and see a very manageable looking number of patients gathered, especially since two of our three Haitian nurses weren't coming. 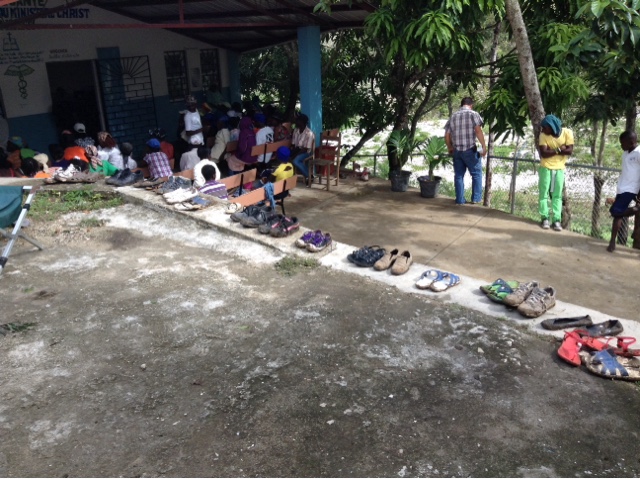 As I was talking to Fre Dolph, he asked if I'd heard that one of my patients who had come in last Wednesday had died yesterday.  I was very sadly surprised.  I'd known it was just a matter of time, but he'd been doing better, and I was hopeful that he could still live a long time. 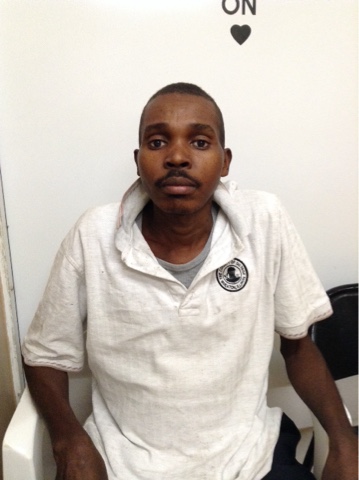 The first time he had come in a few months ago, I didn't know if he'd live longer than a few days.  I asked him if he was afraid to die and he replied, "Oh, Mis!  No, I'm not afraid!  I know I'm going to die, and I'm ready, just waiting for God to come get me!"
The personal sadness I felt knowing I'd never see him come in again was relieved by the assurance that he had been ready to die.   But I still missed him.
I remembered with a tinge of regret how I'd felt a little pressed for time the last time he had come in, and I wished I had taken more time to talk to him.  I went on consulting patients with that backdrop in mind, finding myself wondering who might be the next person I see for the last time.
Towards the end of clinic, a 31 year old man from Port au Prince was brought to me by his brother in law, Boss Moyiz, who had decided to bring him up to Aylègue where his family is, rather than taking the risk of having him die so far from home.
I wasn't at all excited about making sense of the bag of supplies and numerous papers he came with from the PAP hospital.  Usually it's easier to start fresh with a patient than to sort through piles of papers and prescriptions and try to understand what tests and treatments have already been done elsewhere.
I eventually concluded that he likely had Tuberculosis, and was pleased to learn that they had already done that test and should get results back Monday.
As I sat there thoughtfully tapping my pen, trying to decide on a plan of action, I was quite amused to hear Boss Moyiz casually comment, "Mis Patience.  You are Mis Patience."
"Me?!?"  I just sat back, looked at him, and laughed out loud.  I recounted to him the start of my day, and how I had run out of patience even before I had made it to the clinic this morning and had to ask God for more!    "Ah, yes, yes! You see?" He said, "We don't have patience in our flesh, but if we ask God for it, he'll give it to us!"
"That's right!" I nodded, still grinning to myself.  Patience is definitely a virtue that God gives us!  A virtue I need a lot of most days.
This is a bit outdated, cause I actually wrote it last Thursday and just never got it posted, but it's still a current glimpse of the reality we live many days.  Yes, maybe we're "missionaries" on the "mission field", but at least for me, more often than not, it feels like God is working on me more than He's working through me.  :]
Anyway, here we are, through another week!  It's been a full one, mostly cause we had three births in two days, meds order to do, and busier clinic days than we had been having.
We've had some other more exciting things going on too, but I think I'll leave them for one of the others to post about sometime. :) 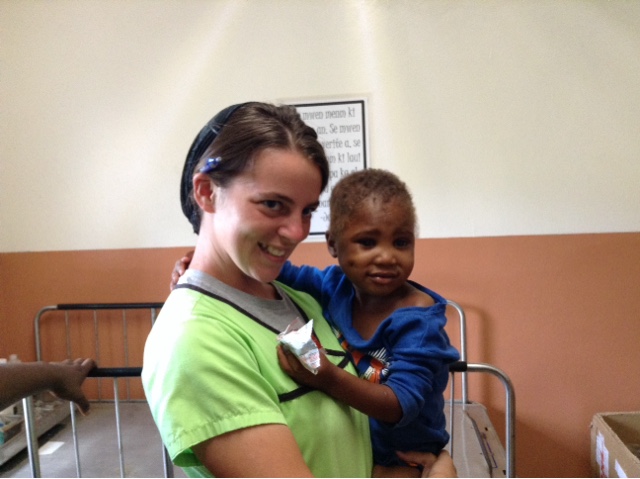 God bless you all!   Please continue to remember us in your prayers!
-Whitney
By Whit - August 15, 2015 No comments:

08/25/22 It was a fun light evening of sitting around boss' kitchen table playing beans, drinking tea an eating fiber balls. When 9:30 r...