Stitch up a Saturday

It is Saturday....we just put the finishing touch on those orange glazed cinnamon rolls, and then a knock came on the gate. It was Daniel, our gate guard. He said someone had totally broken his head when he fell down the mountain. Katie was on call, so she ran down to access the situation. After a few minutes, the rest of us made our way down, too. If the head was totally broken, it was going to be rough! 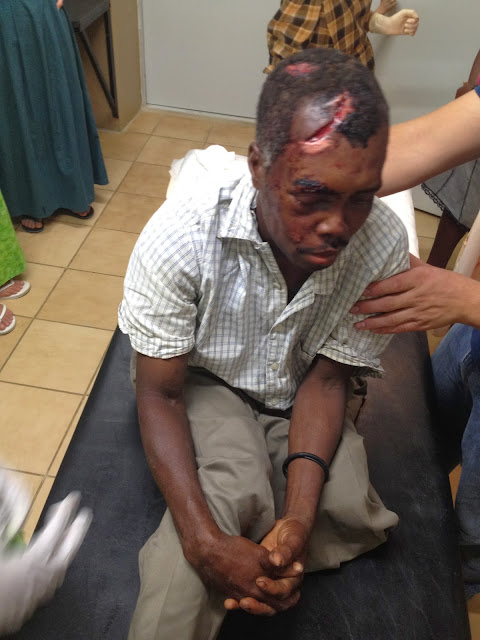 This is what we found...the man had an ugly swollen eye, a gash that reached into his skull, and then a few scrapes on his face. The bad thing was, that he had gotten the cut the evening before.
As we tried to decide what to do with the situation, we looked down and saw he had a missing leg. Poor man. He had seen his share of woe in life.
Because of the risk of infection, and the dirty, swollen eye, we felt safer to keep the man overnight, and went home to see if rats had eaten our cinnamon rolls.
Sunday we did a little check-in on him again. It was so much fun to bequeath him with a pair of crutches so he could get around a little better. Mis Katie did a test run on the crutches herself. She looked happy, but I think the wounded man was in too much pain to enjoy the joke, so we laughed with her. 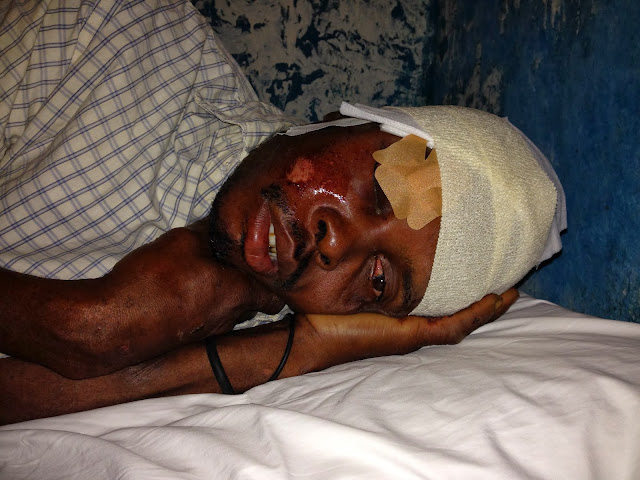 We are so anxious for him to come back for a bandage again. Meanwhile we are praying that only good things are happening to his head!