A big thank-you to our friends from the States for the wonderful, education-filled week-end we shared. And thanks for the toys! They are such a happy thing in a world where we can't fix everything.
For example, on Sunday afternoon, we were just finishing up our lunch when we were called to the gate. I was "on call", so I grabbed a quick swallow or two of coffee, to quiet my tired head, and walked down to see what was there to see.
Sometimes you just aren't emotionally prepared for what awaits you. As I opened up the bloody cloths that wrapped up a little girl's wounded hand, I swallowed my gasp. 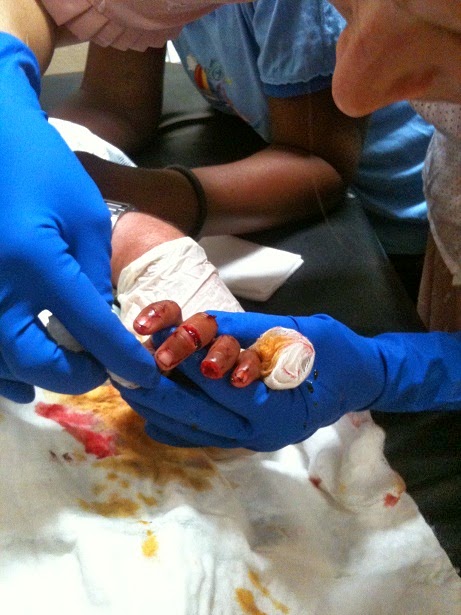 "They were playing, and another child cut her with a machete," the family and friends told me.
On the third finger, the tip of the digit was totally gone. The second finger was cut through the bone and hanging together by the skin. I looked into the adorable eyes of the brave little four year old. That was a mistake. I waited until more of my team arrived and went into the depot to cry. She was too cute, and I didn't know how I was going to have the nerve to do anything for her.


When Doctor Michael, Steve, and Kindra arrived, we talked through our options, and made the decision to send her out. We have some Doctor friends outside of Port-au-Prince, that we are hopeful will be able to pull that tendon together and help the second finger to move again. The third finger, will probably need to have the bone shaved off, so the skin can be pulled over the tip and sutured shut. 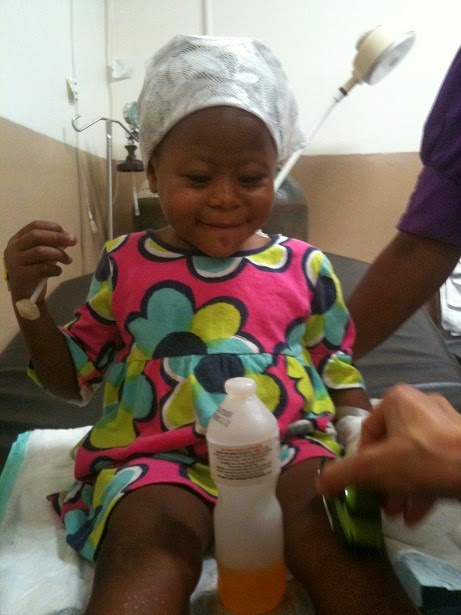 We wet-packed the whole hand, and then wrapped it all in a huge wad of Kerlix for the trip. By now the little girl was able to sit up, and we gave her a little green match-box car to entertain her. She laughed and played with that for a long time while we got her transfer paper ready to send her out.
Today it was a ball that saved the day. Two boys arrived for a malnutrition rendezvous. Katie took the time to tell us about the family of her two year old patient. Both parents left these boys to fend for themselves. The seventeen-year-old, who brought the toddler is left to care for his 7 kilogram brother. 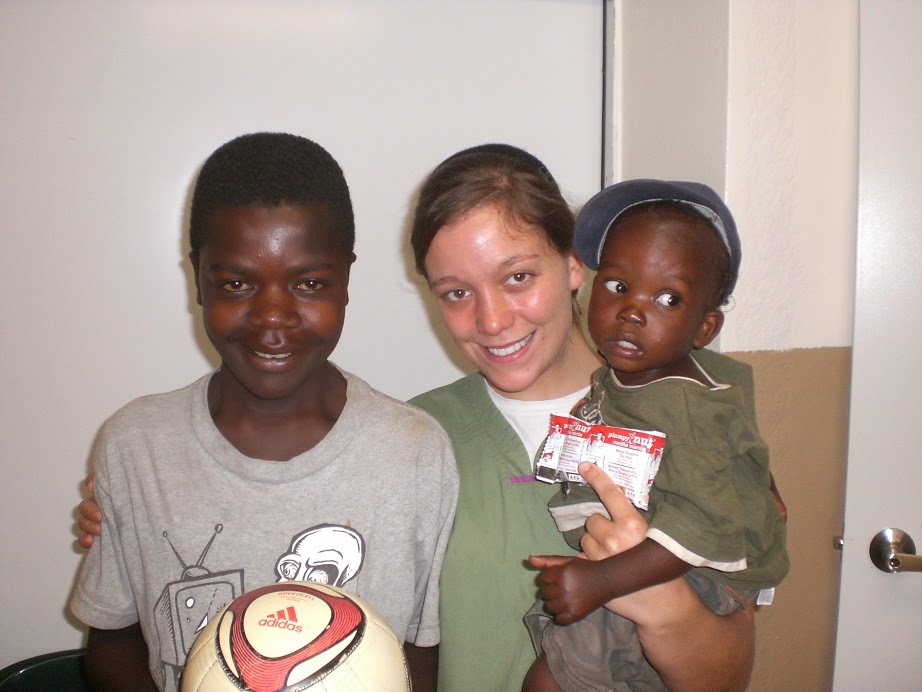 Dear people. No school for big brother as he helps scavenge for food. They live with an older
brother who is not married. Thankfully Katie was able to continue them on the Plumpy Nut program and we are hoping to see progress in the two year old before long, if we can afford to keep using Plumpy Nut.
It was so fun to see a smile on the face of the older boy as we gave him a ball for an incentive to continue taking care of his brother. Toys to the rescue!