That's what this chubby little guy had!   His distraught mother came rushing into clinic with him first thing yesterday morning, quite upset because her poor child had a bean stuck in his nose!  It took a few people to hold him down as Rho carefully went after the misplaced bean with her tweezers.  And it wasn't just a little one.  I'm still not sure how he managed to stuff such a big bean up so far into his little nose!   As you can see from his expression, he was not a bit impressed with the whole procedure!
Candy to console... 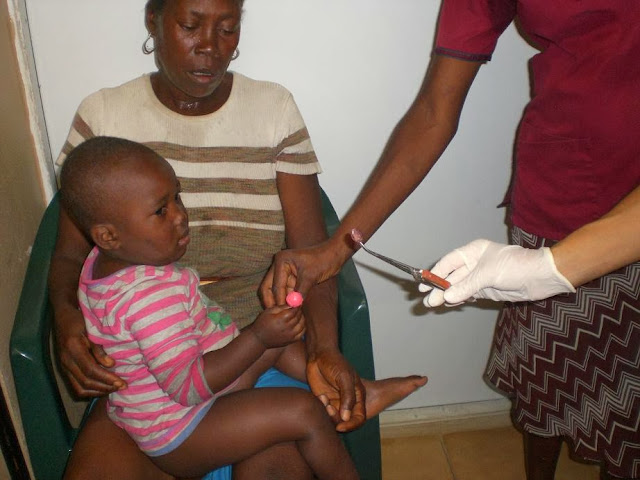 He couldn't even stand the sight of the bean- or maybe it was the tweezers, afterwards! 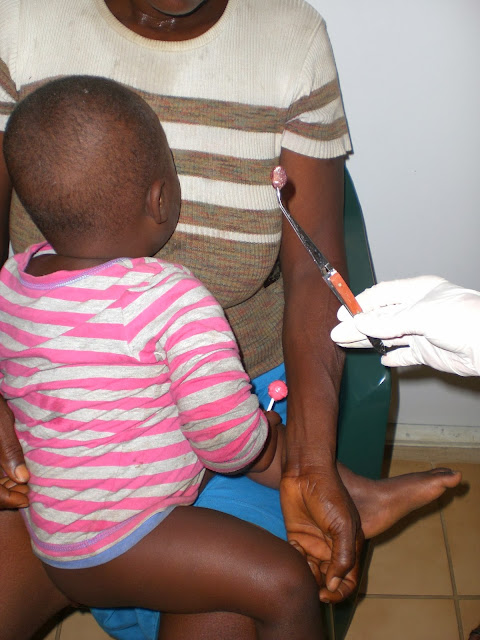 Moral of the story:  Children, don't put beans in your nose.  :)