Be careful when "picking" your fellow workers...

Yes, you guessed it- another incident with a pick!

This time two brothers were working in their family garden. The older of the two was working with a pick and the younger was working the ground with his hands. In the process of time, the older lost control of his pick, sending it sailing through the air and right into the hand of his younger brother!

They came to the clinic in the afternoon with their story and the younger one's bleeding hand. Their mother was notified of the incident and rushed back from wherever she was working.

Seems like during this season (with so many gardens being worked) there are a lot more incidents such as this! 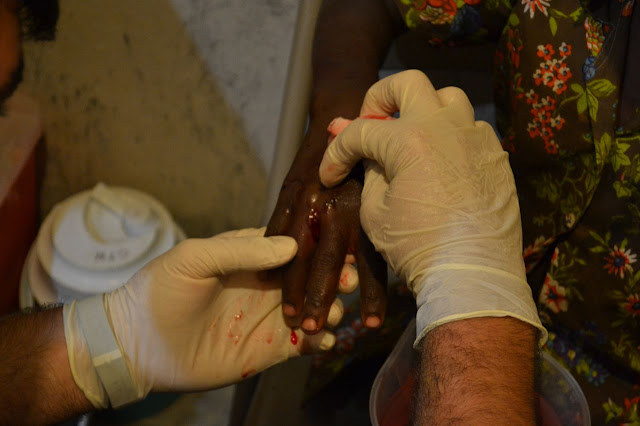 Caught him right between the fingers! 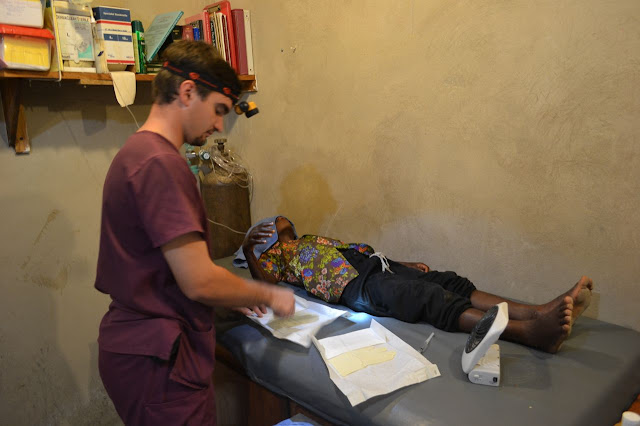 Michael needed to open up the puncture wound in order to stop bleeding and clean it out. 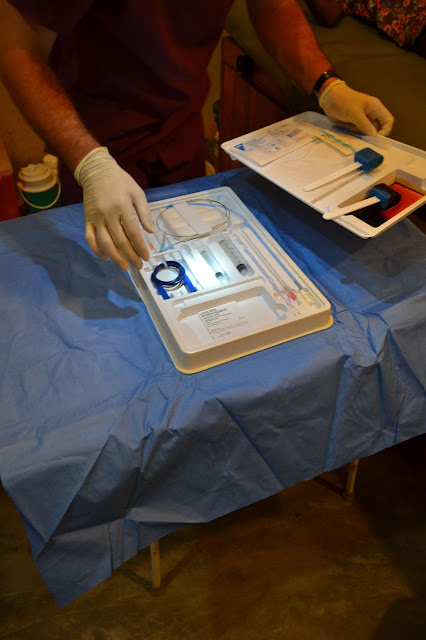 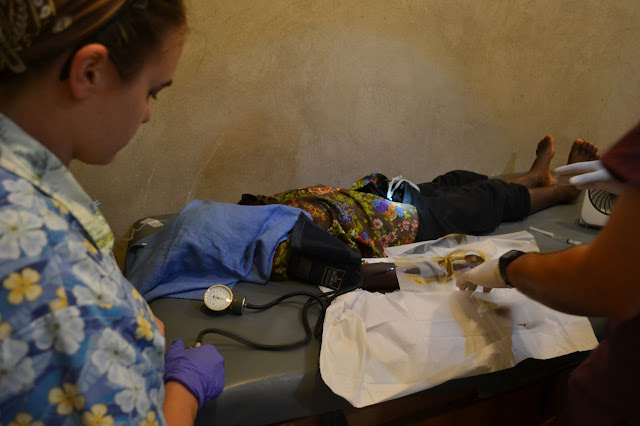 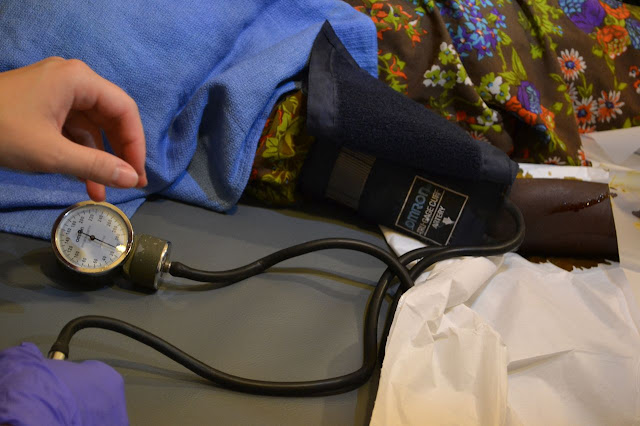 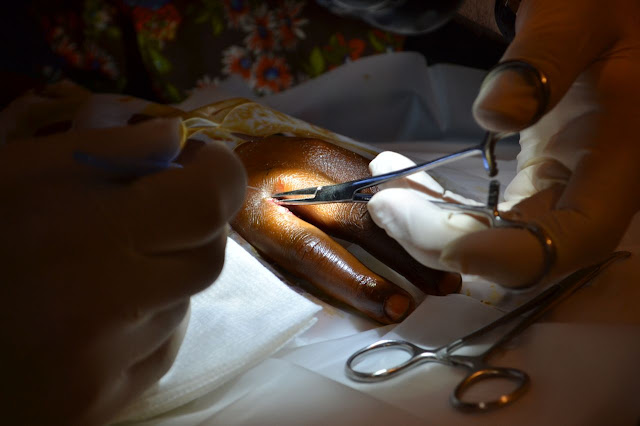 The actual opening of the puncture wound wasn't all that big-
but it was deep and packed with dirt. 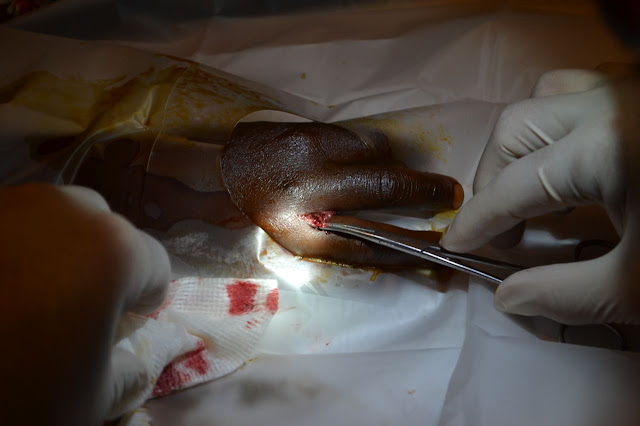 After making a larger incision, he pulled the skin back... 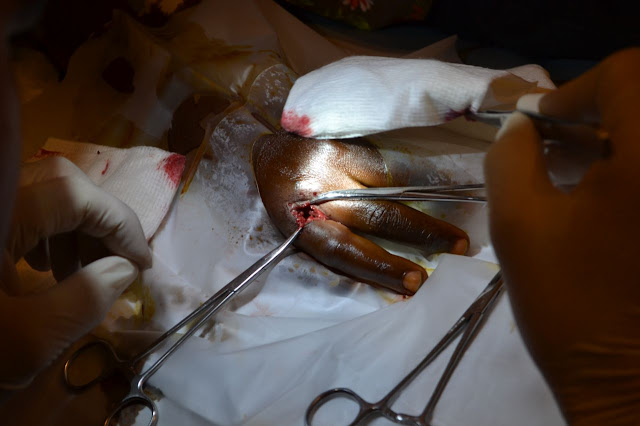 Cleaning it out was tedious work. 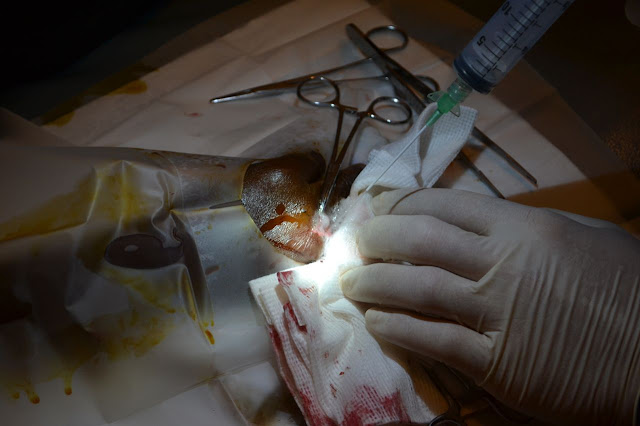 After removing the larger pieces of debris, water was used to flush it all out.

After all was said and done, the bleeding stopped and Michael was able to stitch him back up! 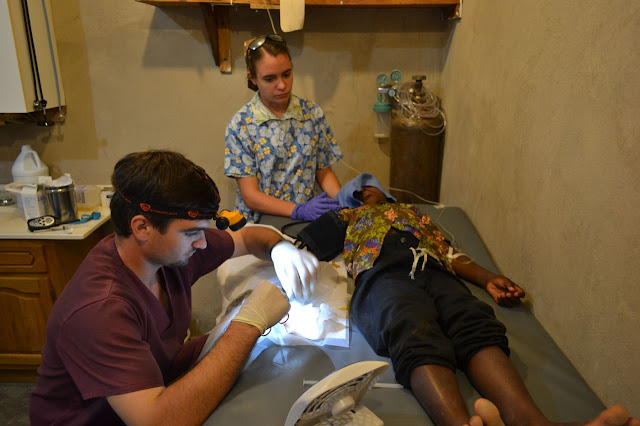 Such is life at the Aleg Medical Clinic!