Yes, I know that's a scary word. . .  But as near as I can tell, that is what one of our patients has at the clinic right now. 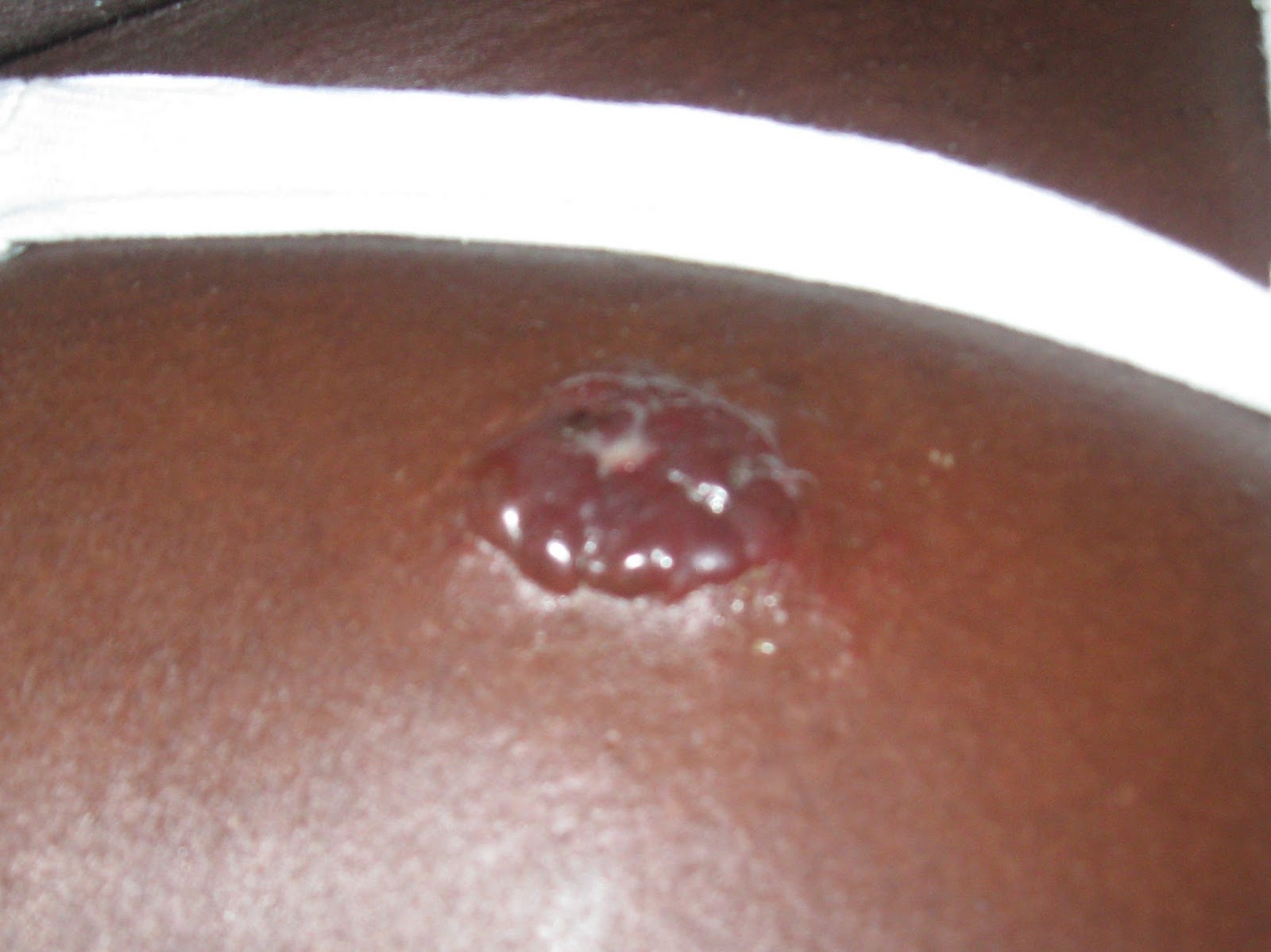 Here is one of two spots on his skin


He first came in on Fri, and we started him on treatment.  Today he still wasn't doing well so I hospitalized him so I could give him some meds IV and keep closer tabs on him.  By this evening he is feeling better.  I'm hoping to send him home tomorrow if he still seems stable. 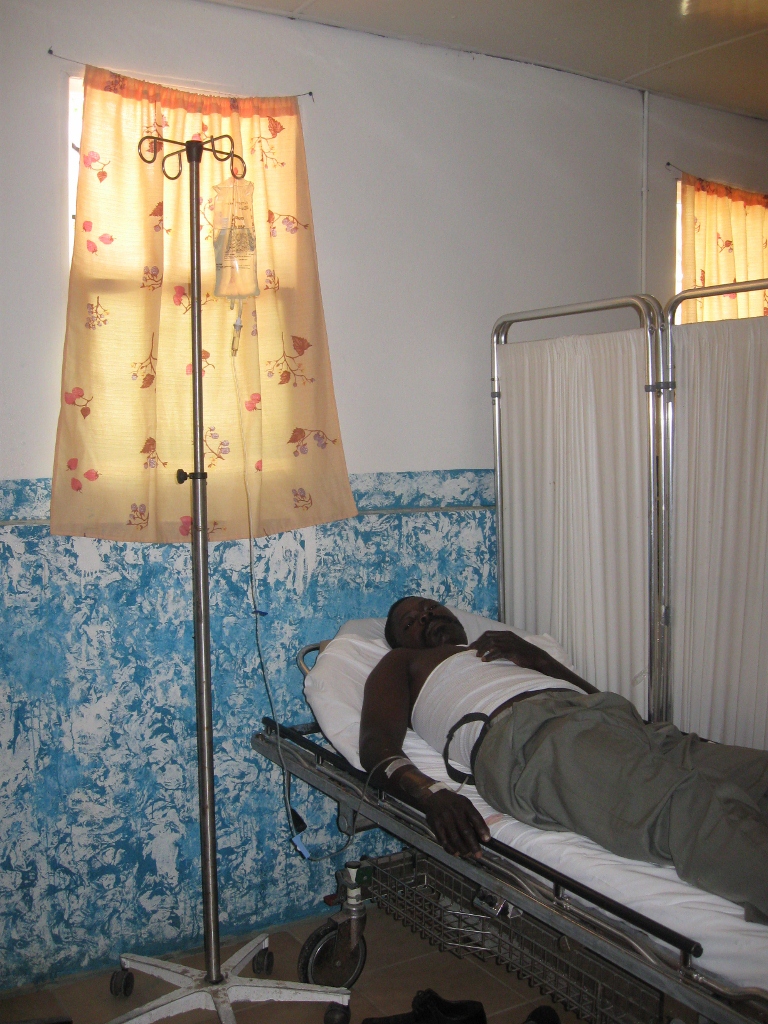 Resting in the hospital rom

As I say, "You just never know what you'll see in a day here."

Then on to our neighbor Moise. . . my heart is continually grieved as day after day Mis Katie faithfully bandages his rotting foot.  The infection continues to spread, and if and when they take him to the doctor again, they may need to amputate even more than before because they delayed so long.  If they procrastinate too long, there will no longer be a need for amputation.  Left untreated it will take his life. This would be a very miserable way to die--simply rotting to death.  We have made the bare facts very plain to them, and yet they won't take action.  They are always waiting for something--some child that doesn't want them to do it, etc.  Always it is going to be soon.

We wonder how much of it is that they are waiting and hoping that the devils will intervene.  It seems there has been a fair amount of praying and ceremony-type stuff going on over there lately.  It is so devastating to think that they are trusting in a god who will only do them harm but lead them on to think he's helping them.

Just as Moise's foot will only get worse and worse unless treated so his soul is very dark and seems would only be getting darker as he continually refuses Christ's call.  Pastor Levy asked him recently about his standing with God, and he said that he's not ready to become a Christian yet.  I think it was more of a polite way of saying, "No."

It grieves to see so many people every day whose lives are dark and hopeless, but this is our neighbor!  We so wish we could do something for him, but we do what we can--pray, bandage his foot, shine some light in the darkness as we go to their compound. 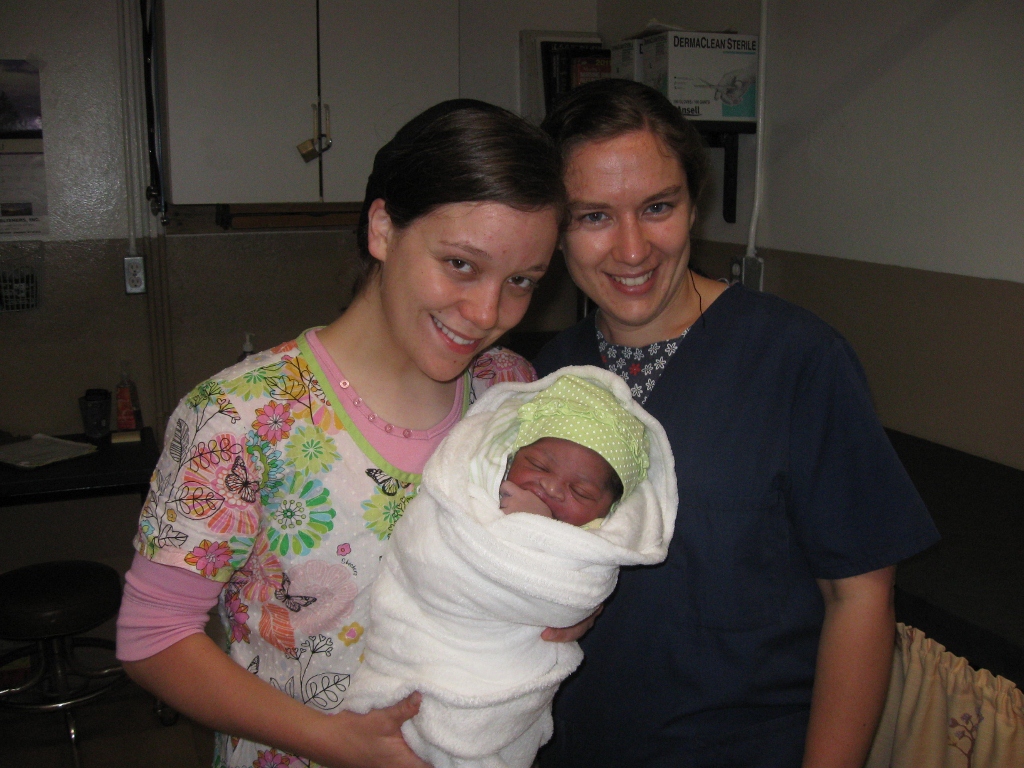 And last weeks picture of the twins. . . 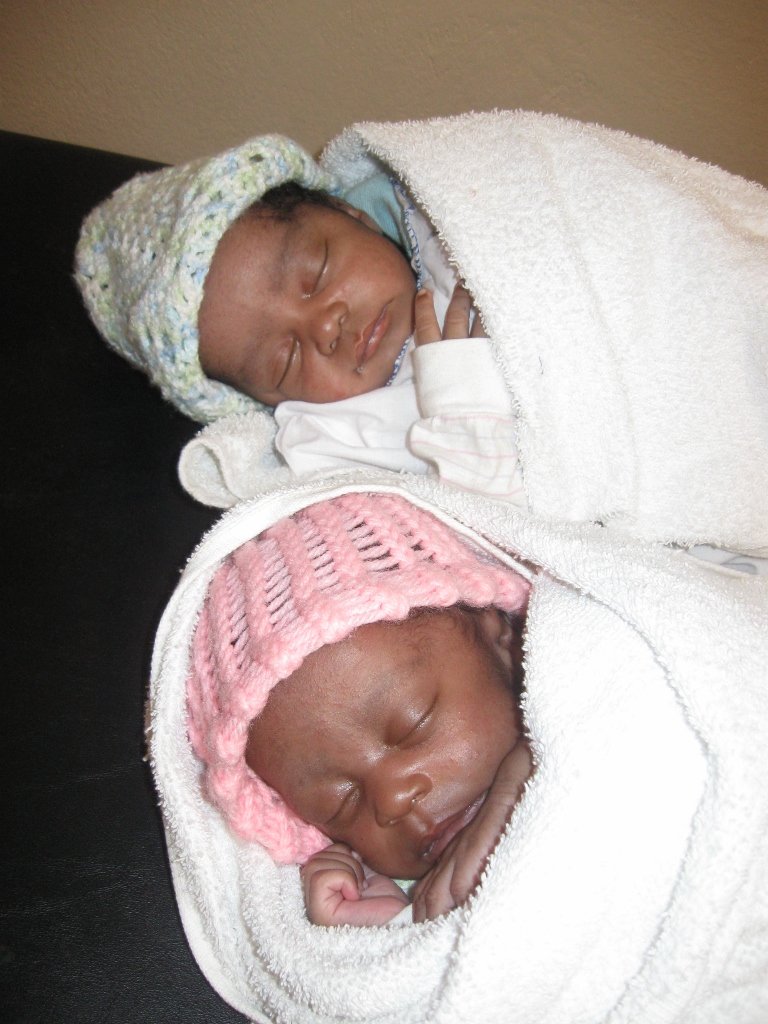