Today the clinic's previous record of total consultations in a day (just over 70) was shattered, as the total amount of people seen today reached 100!

When the nurses came to clinic around 9am there were already about 50 people waiting outside-
and more on the way!

Amazingly enough, things went smooth for everyone and they were finished by 2:30 in the afternoon! 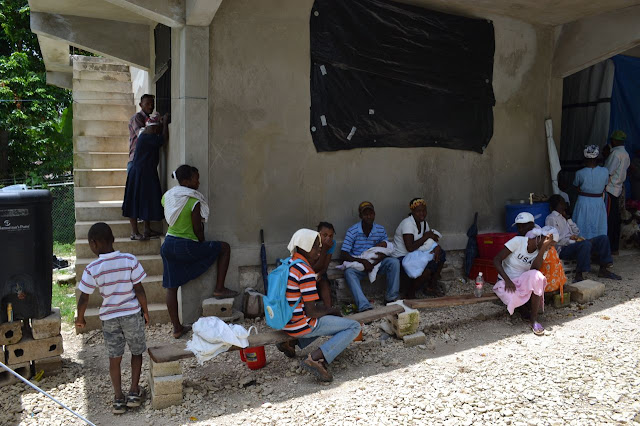 This picture was taken around 1pm- usually there's nobody left by now, but there was still good 30 people sitting around! 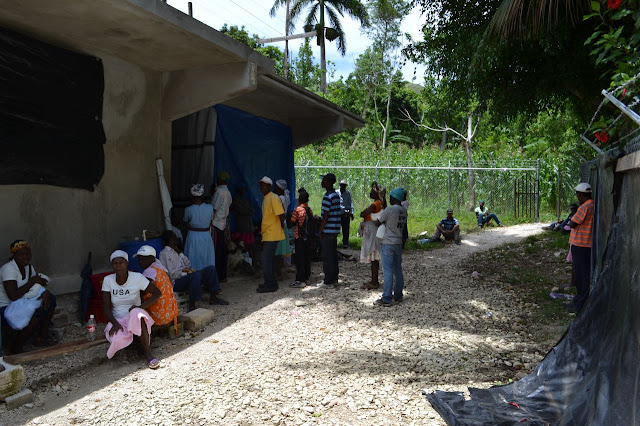 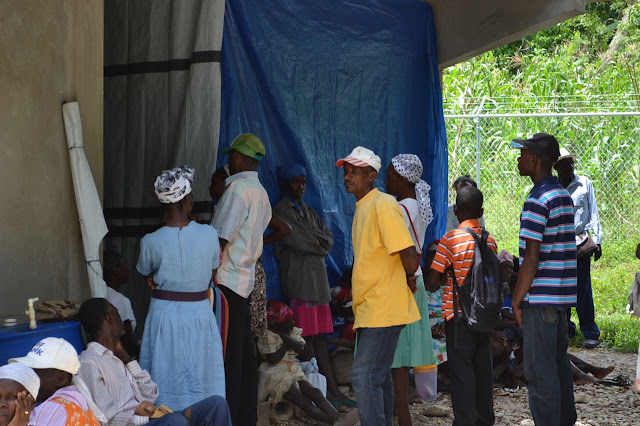 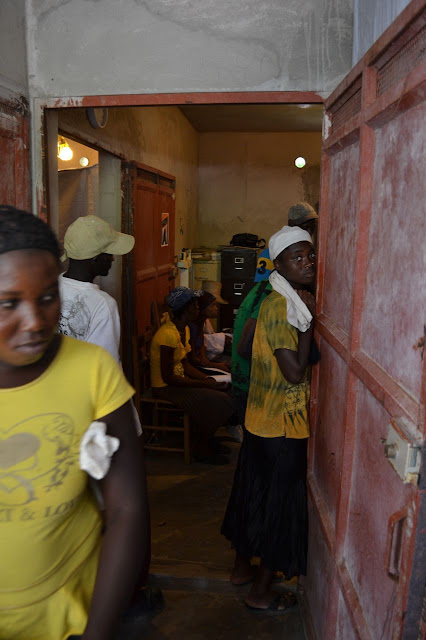 Inside there were even more people waiting their turns for consultations. 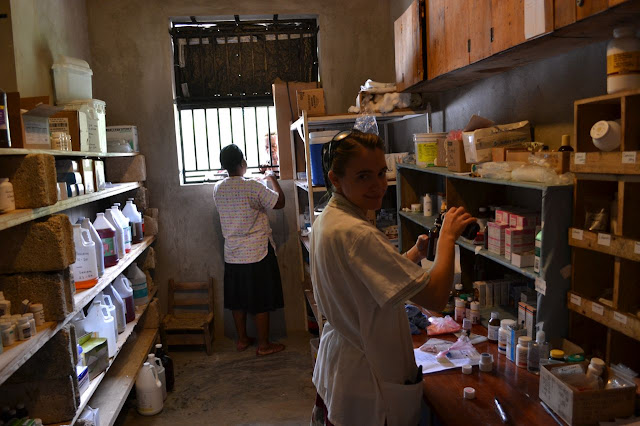 As you can imagine, the pharmacy went through a lot of medicine today! 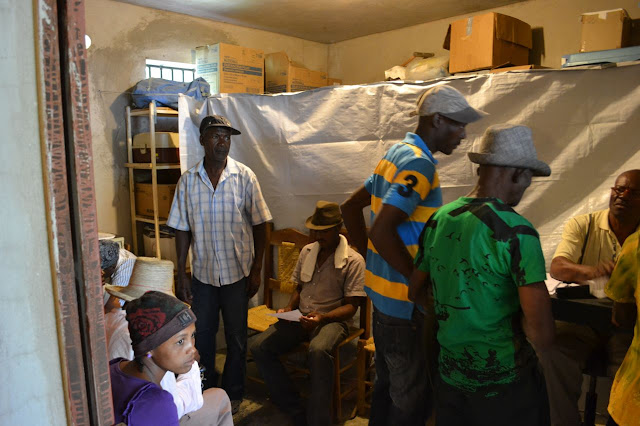 In the waiting room Noaz (left, standing) calls people in to being the check-in process. 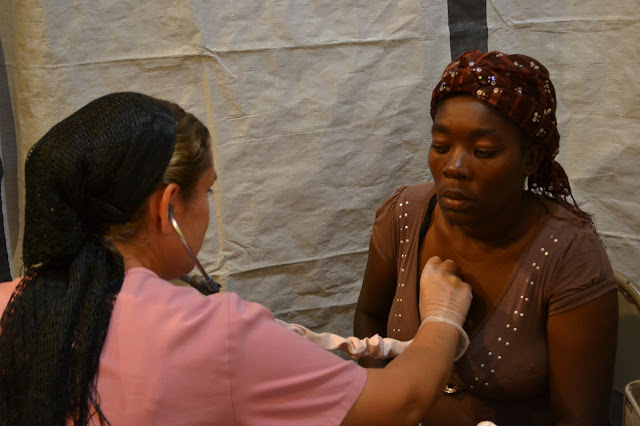 Anita did a fantastic job keeping up with the amount of people that were there.
Her and the Haitian nurses saw more people today than they have since she's been here! 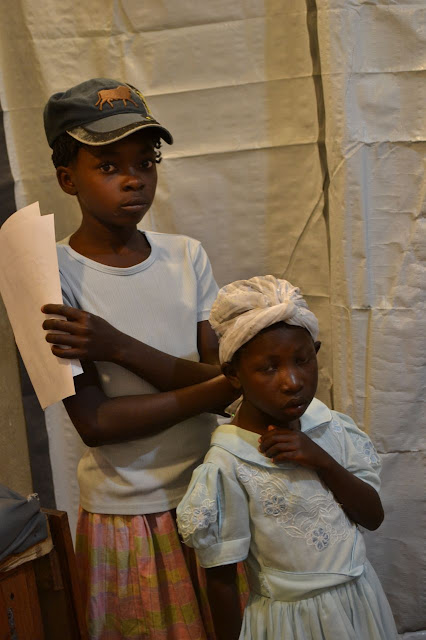 The woman's children wait as their mother gets checked out. 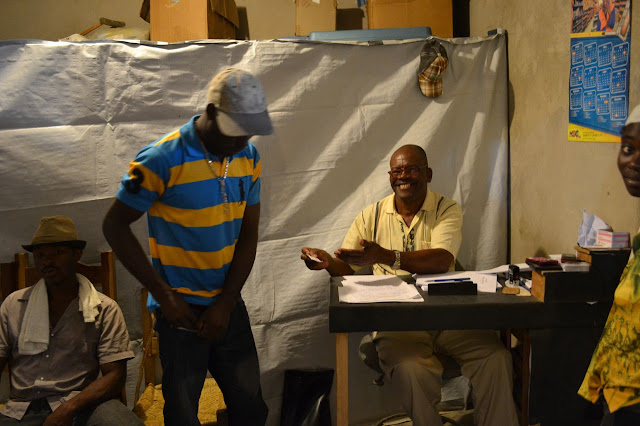 Direk (at the desk) does the paperwork as people come in. 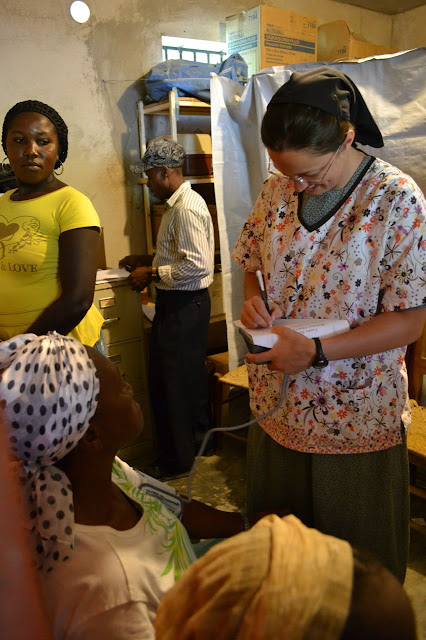 Breanna had a busy time keeping up with the constant flow of people coming through.
She takes their temperatures and blood pressure before they go into the consultation rooms. 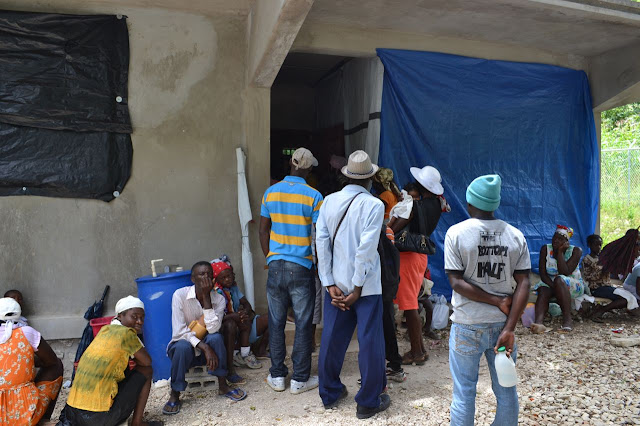 Impatient patients (that sounds interesting, doesn't it?) waiting outside for their turns! 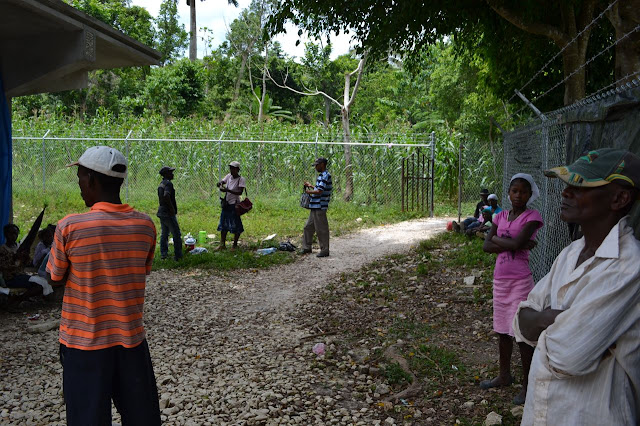 People were sitting all around the courtyard because we didn't have enough seats for them! 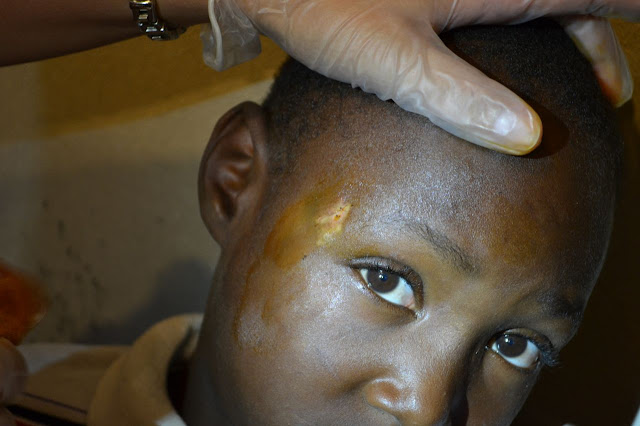 A boy came in to have his stitches removed- he had fallen about a week ago and came into clinic.
Now he's all healed up and ready to go!