A New Kind Of Patient.

Fre Direk, one of the men that works at the clinic, has a mule that had a gash that he wanted the nurses to stitch up yesterday afternoon after we were finished at the clinic.  I thought it sounded like fun, so Whit and I headed out to help Ro with her new patient.  It looked as though someone had taken a machete to the poor thing -whether intentionally or not, I never found out.  The gash being approximately eight inches long and gaping open almost four inches, along with the close proximity to the rather unhappy animal's hind feet, made the task of closing this wound look a little more daunting than some. 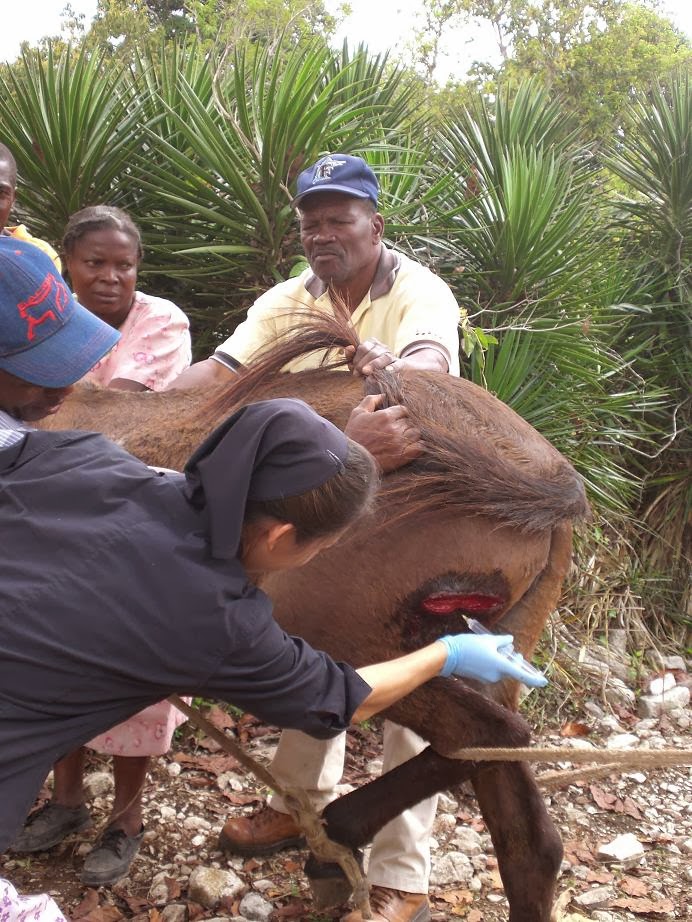 As the men wrapped ropes around the mule, in an attempt to restrain it enough to be able to stitch it up, Ro set up and prepared to inject lidocaine around the gash.  After the men proclaimed it safe, Ro bravely edged closer with her needle, and put an incredible effort into numbing the poor beast up. 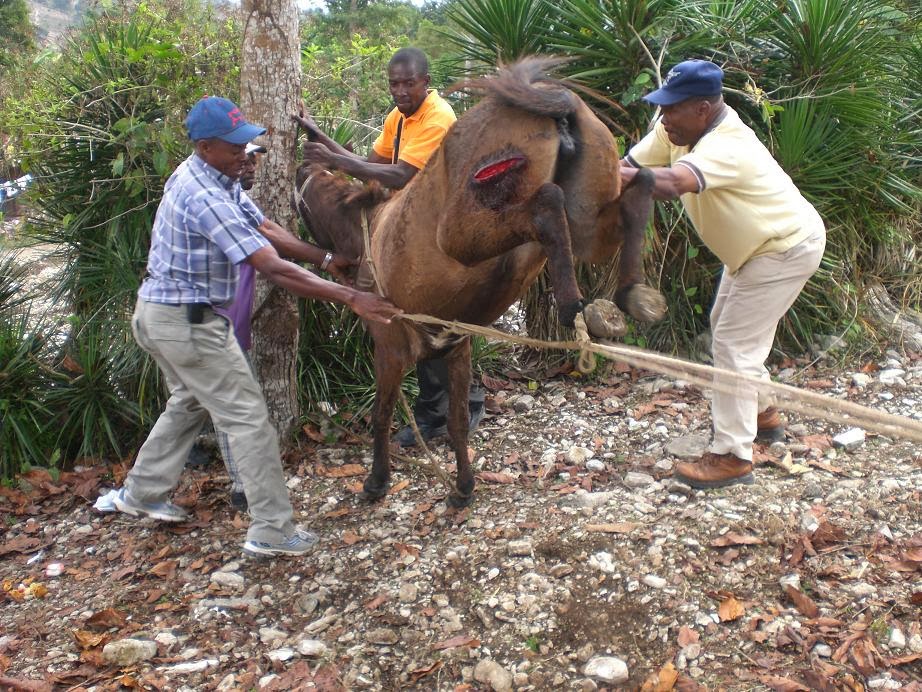 She managed to get the shots done, and attempted to start stitching, but the mule had other ideas.  Fre Direk, the owner of the mule, is the man in the yellow shirt, by the way.

So, since nobody wanted to get hurt, the men were told that unless they could find a better way of restraining the mule, there was nothing more that could be done.

After an inordinately long length of time, a lot of discussion amongst themselves, and a rather vigorous fight, the men had the mule lying on it's side, with it's feet somewhat treacherously secured.  It was still a bit disgruntled about the needles being dug into it's flank, so the first few stitches were ripped out from it's attempts to regain it's feet.  Mis Leda wanted a chance to try her hand at stitching it, so the suture needle was handed off to her, and I decided to add my weight to the effort in holding the mule down. My new vantage point also enabled me to be able to hold the edges of the wound together, keeping the stitches from ripping out, while Ro, Whit, and Kate helped by passing things to, and cutting things for, Mis Leda. 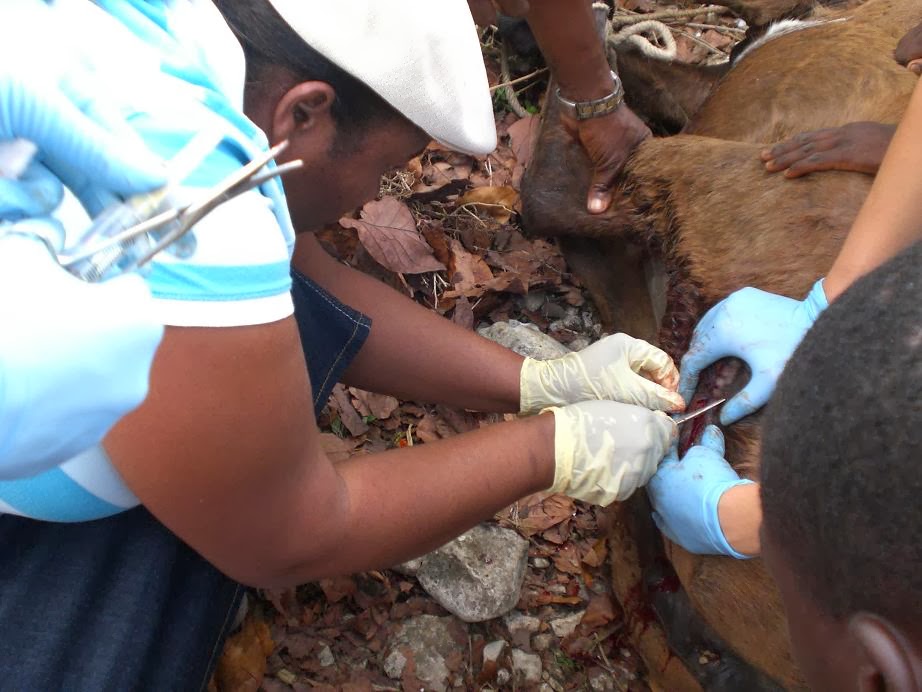 Our team effort paid off, and multiple suture sets and rinses with iodine later, we were looking at a pretty neat stitch job. :o) I wish we had remembered to get a picture, so that I could show you the difference, but we were all too happy to have finished to think of it. :o) The mule seemed to be pretty pleased to be finally be allowed up and have us done, too, and Fre Direk was extremely grateful to have his mule looking a little more.....healthy and put together. :o)

On a side note, and completely unrelated to the clinic, I have been talking about getting some kind of pet since I got down here, and just never got around to it.  So I was utterly delighted to walk into my room yesterday evening and find an adorable little bunny in a box on my bed. :o) And today, the guys built a fantastic rabbit hutch for her to live in.  So this is just to let everyone out there in cyberspace know what fantastic people there are down here.  Thanks again, to everyone that chipped in to surprise me and allow me to have something to spoil rotten and de-stress with. :o)  Ya'll are the best!

Good evening, folks, and have a blessed week!