All in a day's work

Well, the babies have continued coming with amazing frequency in comparison to our normal 4-5 births a month.  By the 15th of March, we had a total of 7 births at the clinic.  This past week 2 of the deliveries came on Mis Leda's day on call so this is her with the last baby.  It was a little boy whose mom is only 17.  Mama and baby did well. 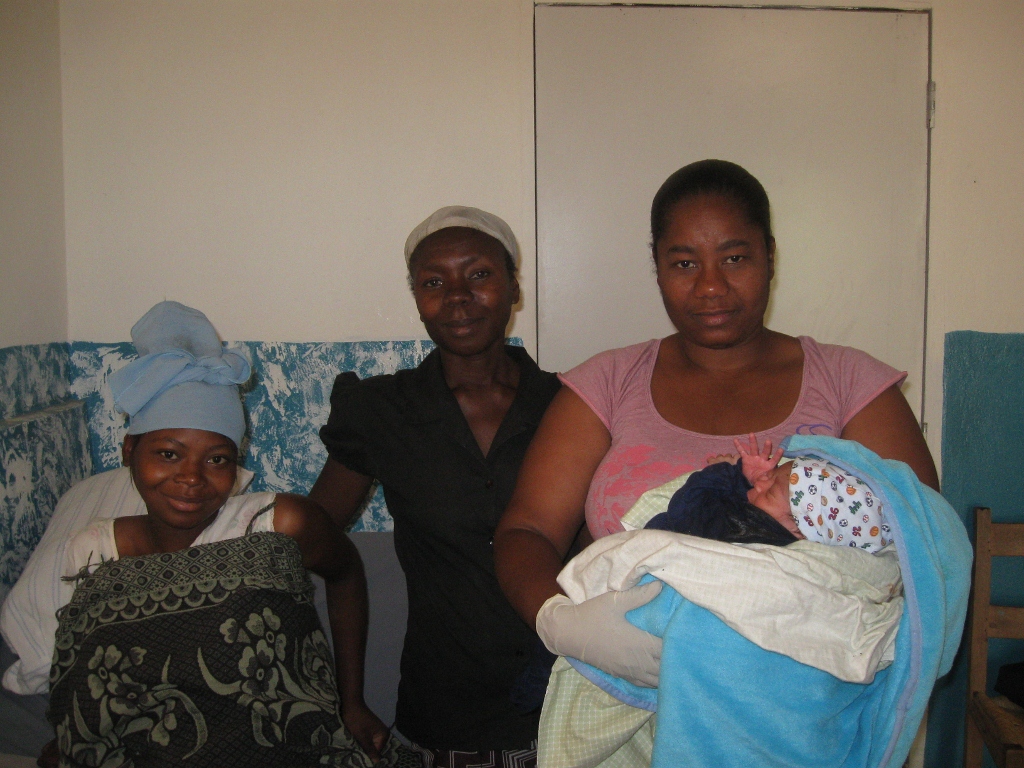 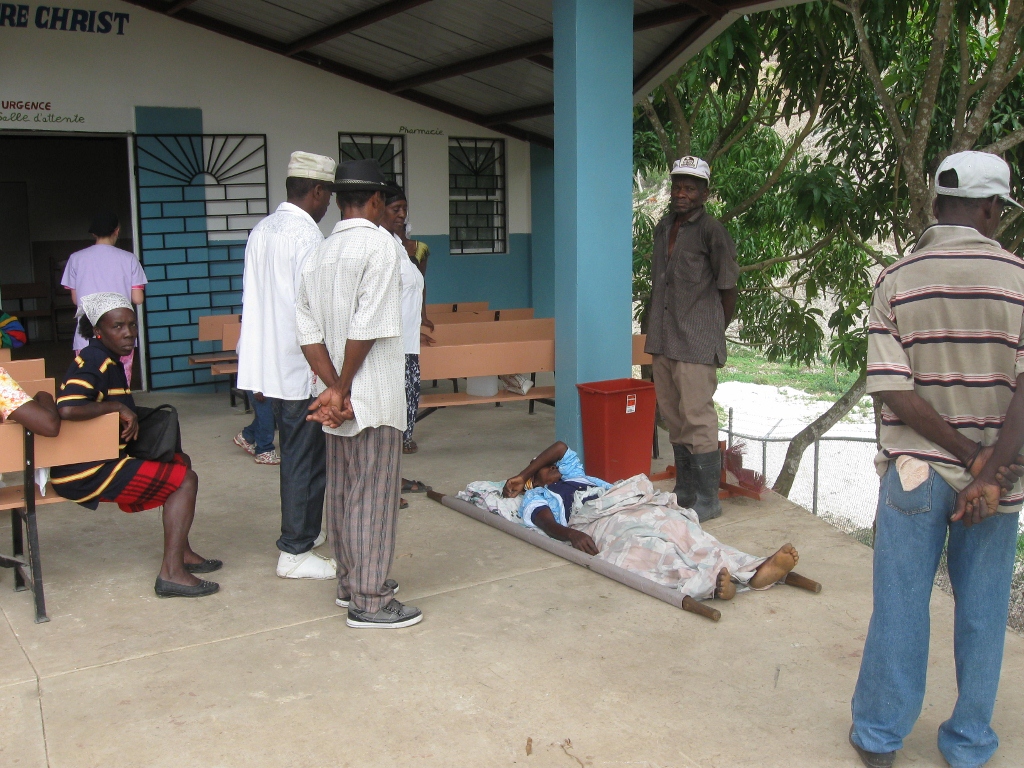 One of the many stretchers that are carried through our gates.

This lady seemed to have a stomach ulcer which had gone untreated for quite a while before they finally brought her in.  We sent her home after giving her medicine for the ulcer and an IV because of dehydration. 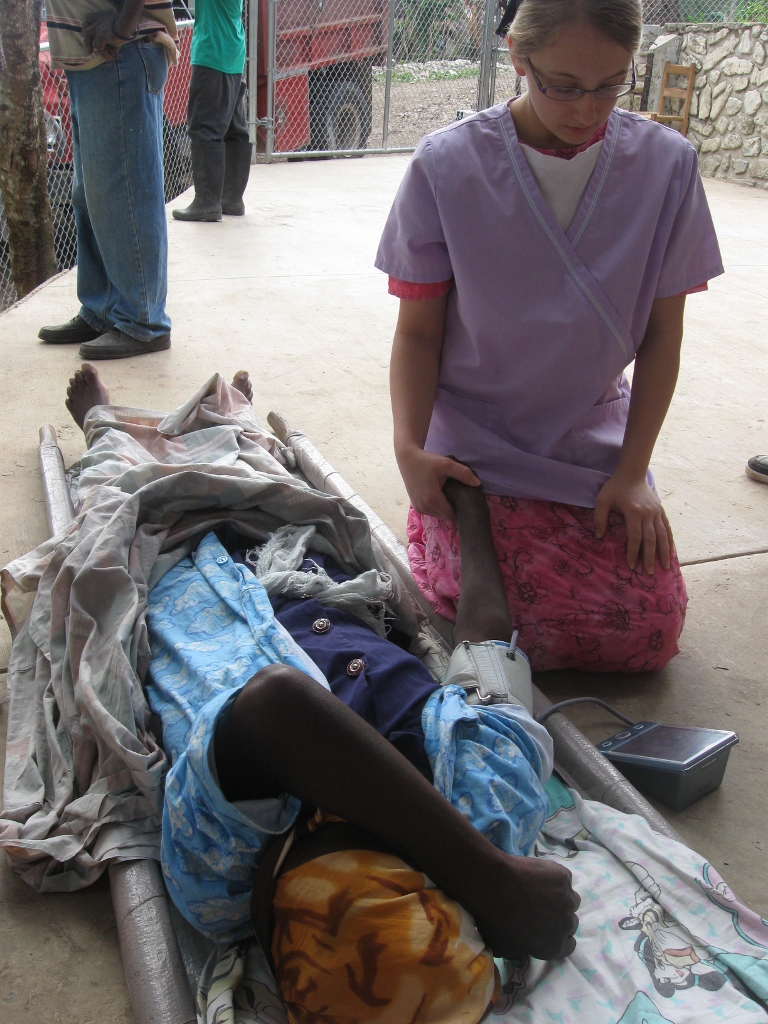 Megan getting vitals right after the stretcher arrived 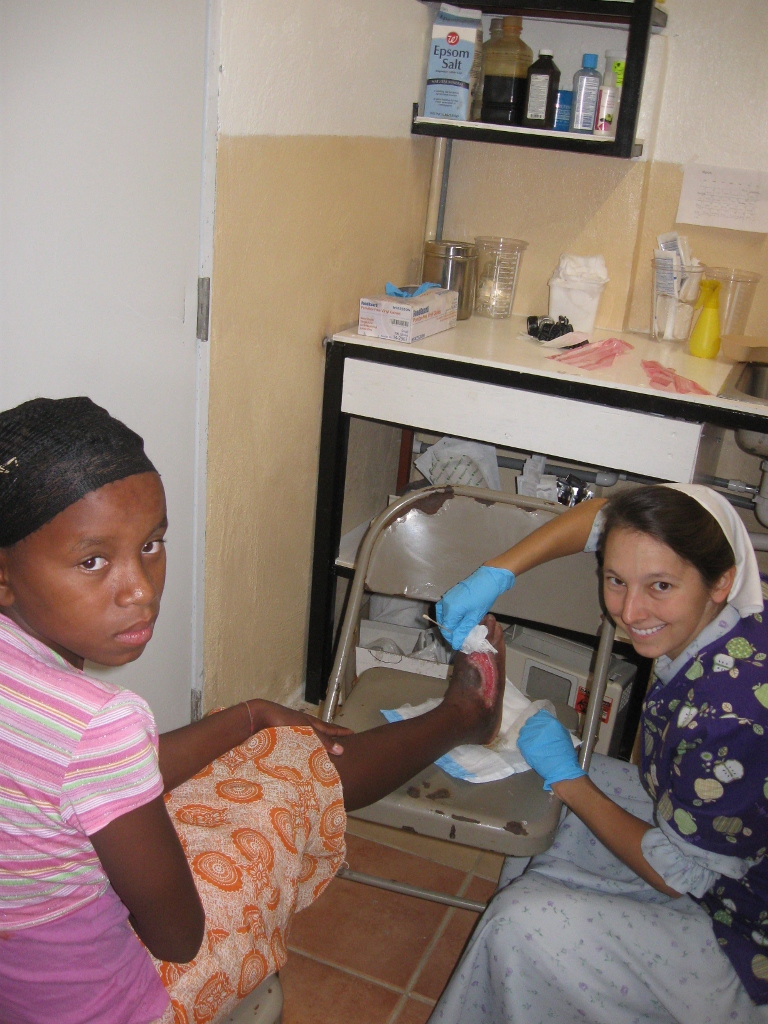 Rhoda bandaging one of our many bandage patients.

It can seem like an endless job, but also encouraging as we see people go home after weeks of care with a healed wound.  There is so much lack of understanding when it comes to keeping a simple wound clean and covered.  A small cut or scrape quickly becomes a nasty infection that takes weeks or months to heal. 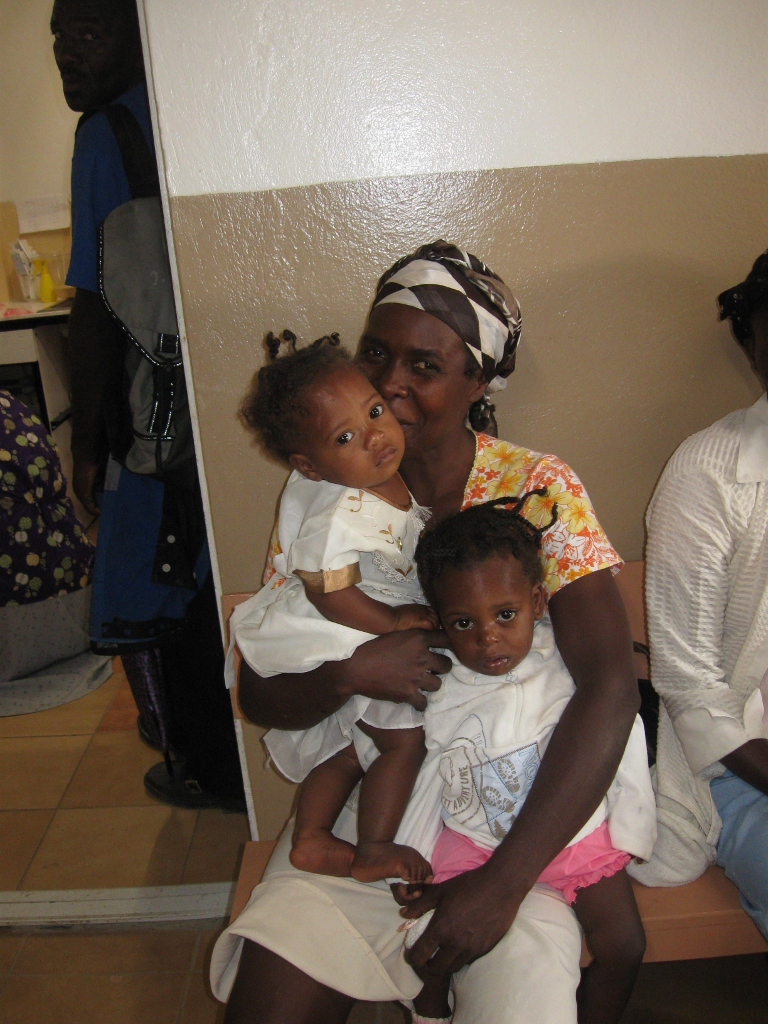 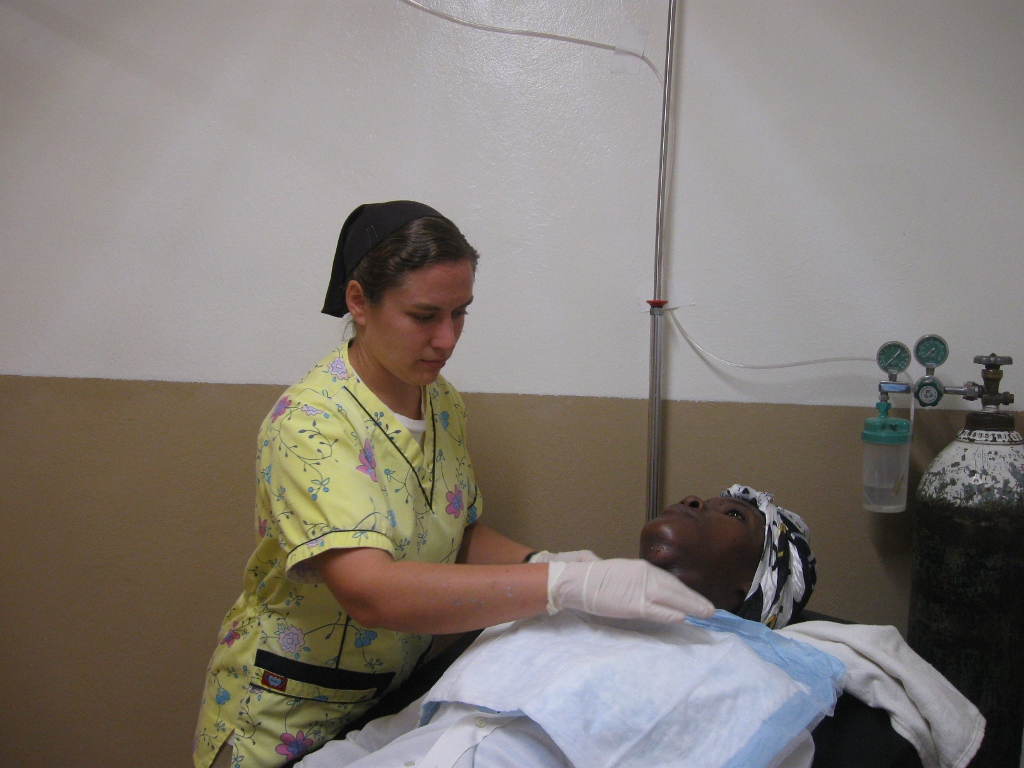 It turned out to be more than just an abscess.  I drained large amounts of puss out, but the smell was nearly unbearable.  It appeared to be more like an abscess that spread into cellulitis as well.  As far as I know it originated from a tooth abscess.

After draining the puss out, I put her on strong IV antibiotics.  Today we are sending her out to T-Goave.  It's obviously extensive, and with it being in her neck, I'm not just going to cut into it to see how extensive.  Also it seems that her body isn't really fighting properly as she has no fever and a round of oral antibiotics last week didn't seem to help.

As a personal note, I want to say, "Thanks SO much to all who pray for us and support us in so many ways."  We need it daily even hourly.  There is an incredible demand on us as we go out at any hour of the day or night.  We have so many opportunities to touch a multitude of lives with the love of Jesus and speak to them of what He wants to do for them.  There are moments when the spiritual fight seems rather intense.  We got weary physically and at times discouraged spiritually.  Your prayers and encouragement are SUCH a blessing!