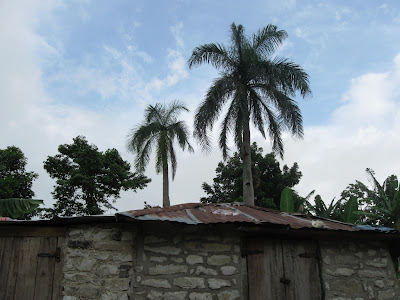 Here is an updated picture of Obenson.

After not coming for a few weeks he was here yesterday.  The lady that takes care of him had still come for his supplements, but wasn't able to come with him the last time due to high water after Tropical Storm Isaac.  He is gaining weight nicely now and looking SO much better.  He was retaining a lot of fluid due to the malnutrition so before he could gain weight he had to lose.  Now he is gaining and so alert. 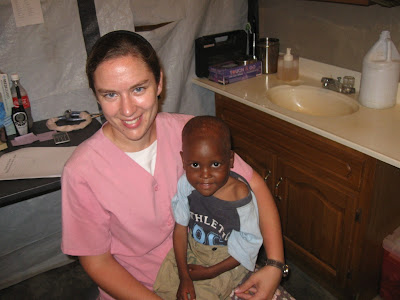 I'll try to get his name, but for now we'll go by "Leg Man".  He's been coming now since April or so pretty much every day to have the wound cleaned and bandage changed.  His leg is continuing to improve, but the exciting thing is that he recently became a Christian.  He is so happy.  As I was re-bandaging his leg today he was expressing his appreciation for our "patience with him", as he put it.

He's in a difficult situation right now as he really can't work with his leg the way it is.  When he walks too much it slows down the healing.  In a country where things are already very tight, this only adds additional struggles, but I've been blessed to see his cheerful spirit lately. 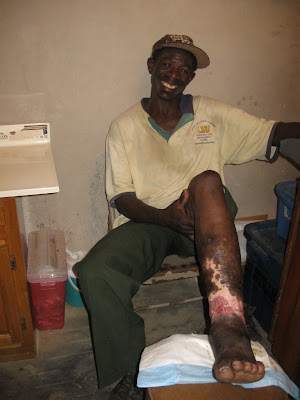 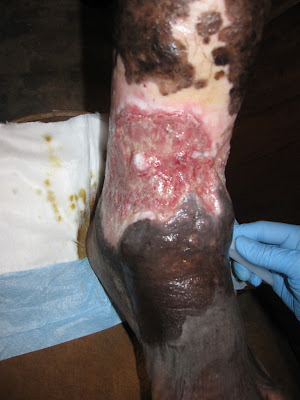 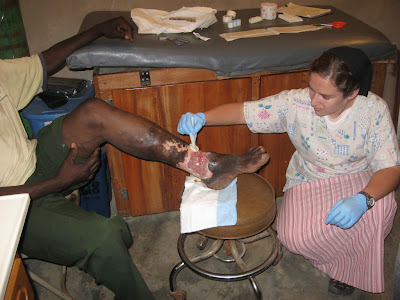 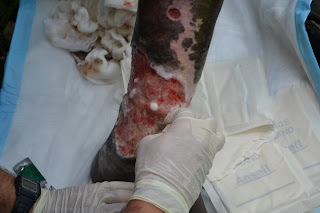 Just a reminder of what it was!
(Look up "A Major Infection" for more pictures and the full story on him.)