Perhaps you have never heard of folliculitis?
No?
That's ok.
Neither did I until this afternoon when a man and his boy came to the gate!
The boy's face was all swollen, and he could only see out of one eye.
His hair was dirty, with infection oozing out the top of his head.
After looking at it, Michael pronounced the condition as "folliculitis",
an infection at the root of hair follicles.
In my research later, I found it is usually caused by uncleanliness and lack of hygiene.
That would appear to be the case with this poor little boy...
And since it hadn't been taken care of sooner, it was spreading to his face! 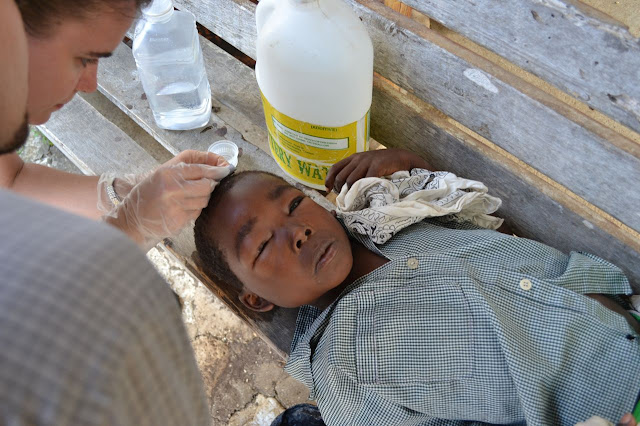 Virginia laid him down, and began to shave his head--
the only way to effectively access the infected area. 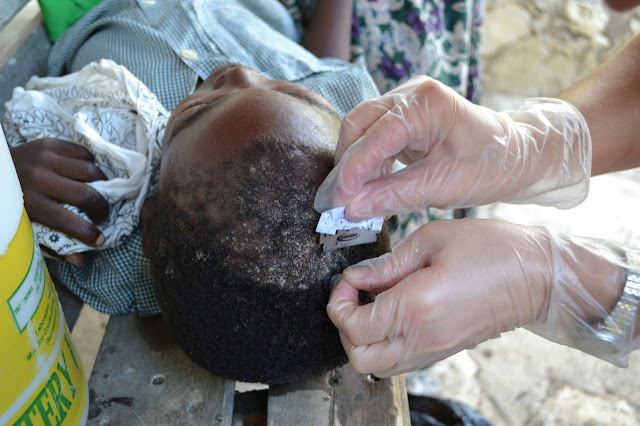 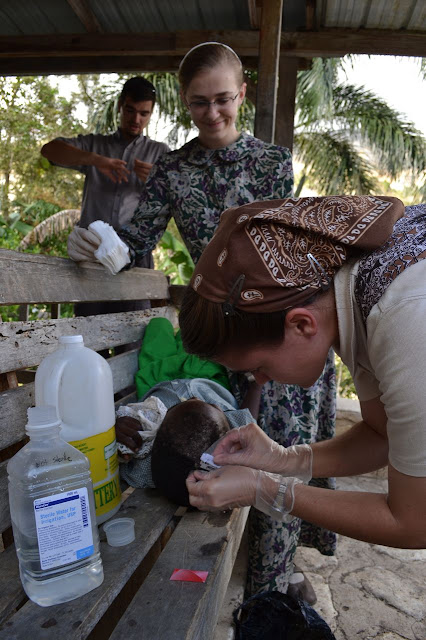 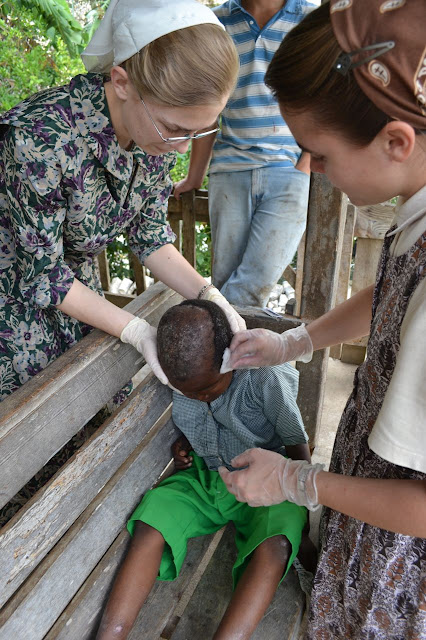 Abigail helped hold his head, so he wouldn't get tired. 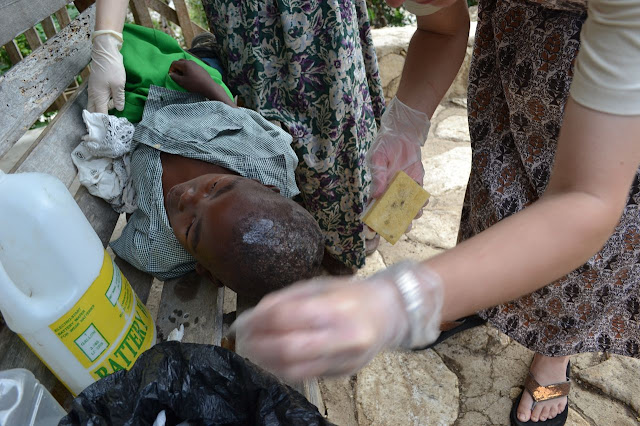 After the shaving was done, she scrubbed the infected area... 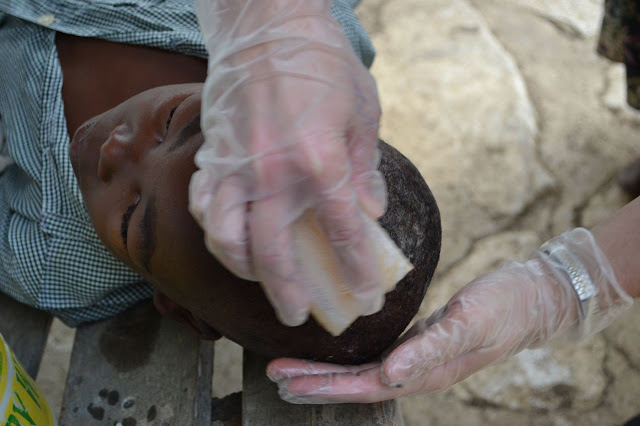 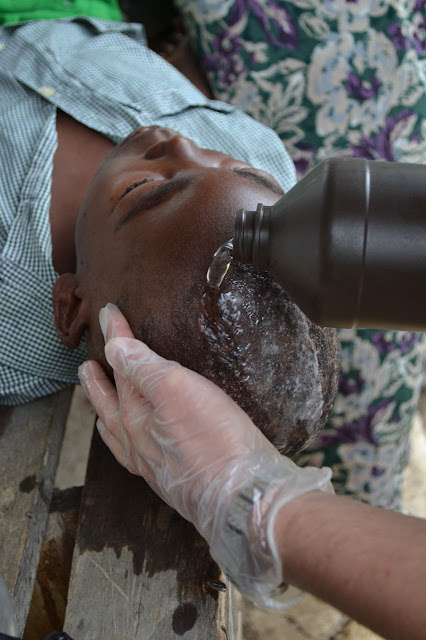 Then washed it with hydrogen peroxide... 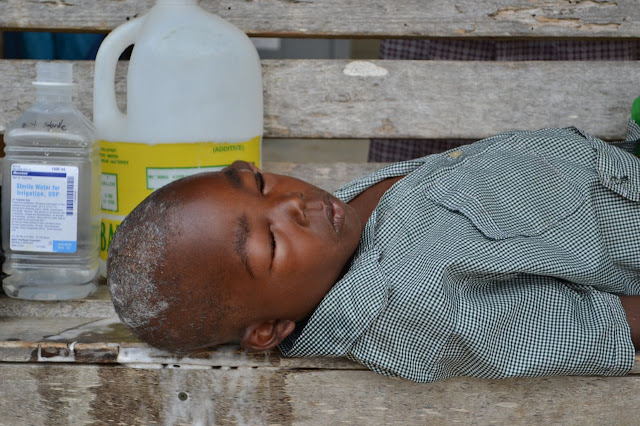 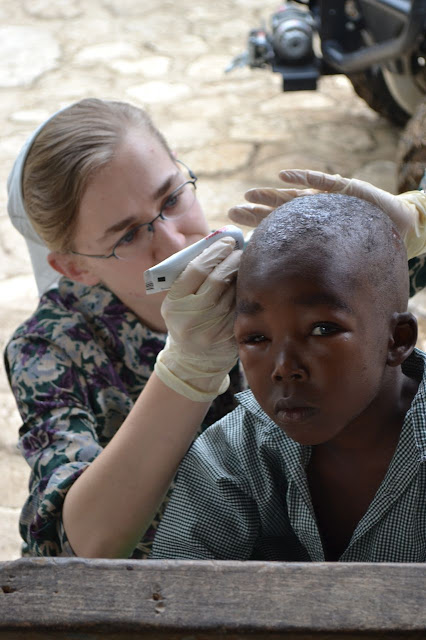 As Virginia prepared the medications,
Abigail coated the infected area with antibiotic gel. 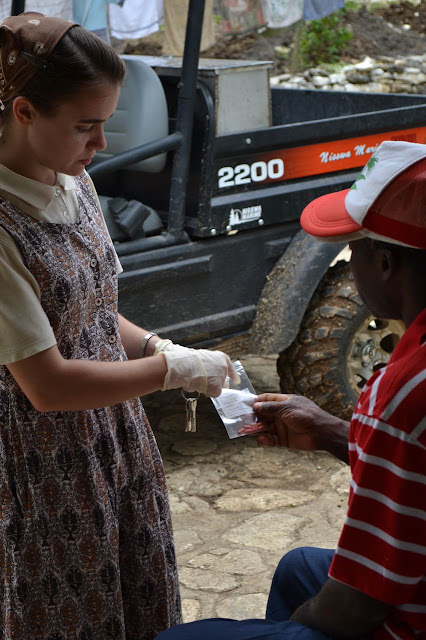 They sent them on their way with a pack of medication and a clean head
and instructions to return later for a checkup... :)
By Unknown - February 09, 2012 1 comment: