As we were settling down for lunch one day, a group of Haitians showed up at the clinic, bearing a man on a stretcher. He had been at market nearby and a moto was coming through on the road; he tried to get out of the way, but wasn't nimble enough and fell, landing right in the moto's path- resulting in a seriously broken leg! 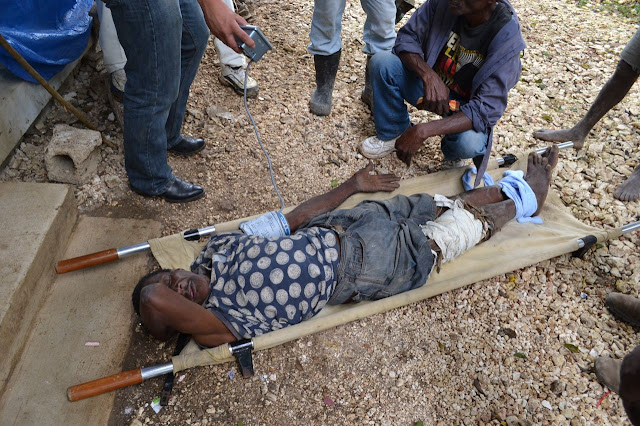 Here he is, sitting outside the clinic on his stretcher.
His right leg was the broken one, evident by the wrappings of leaves and old cloth. 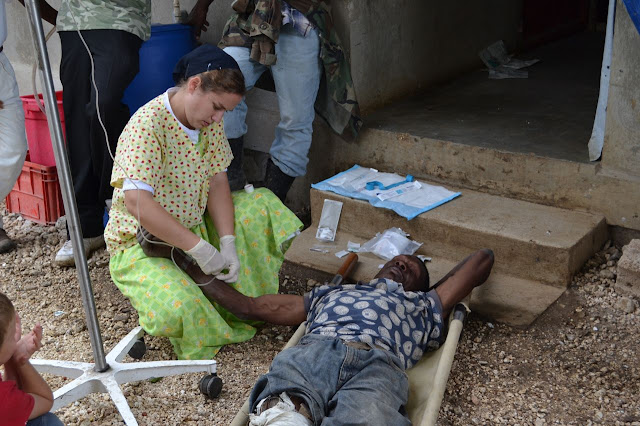 The man seemed to be in much pain (understandably!) so Anita immediately started an IV and began a dose of ibuprofen. 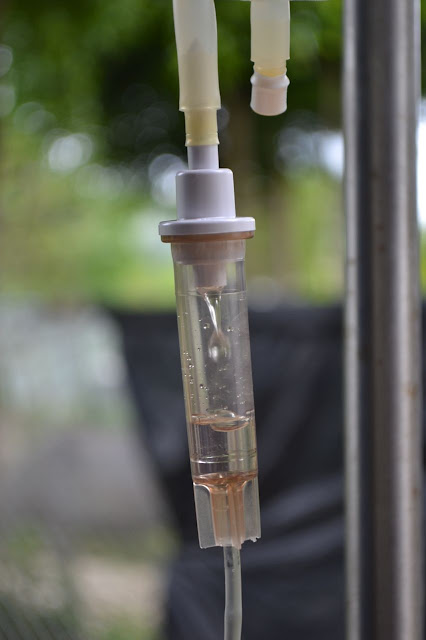 As the pain killer began it's work he was finally able relax. 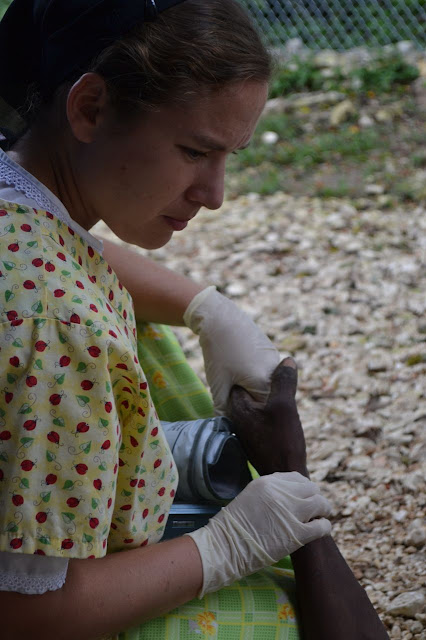 Before we moved him into the clinic, however, Anita made sure his vitals were good. 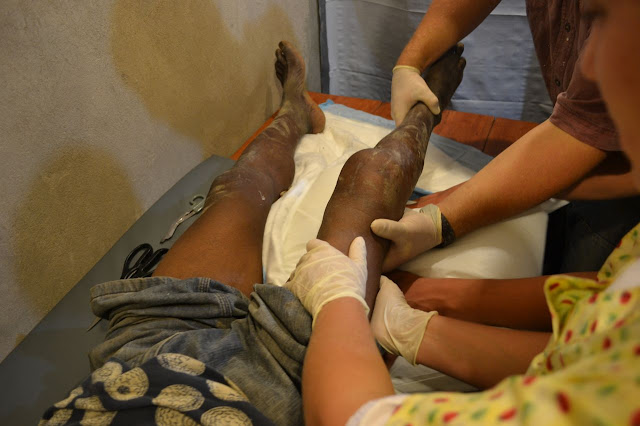 Once inside, we opened the wrappings and examined his fracture;
It was completely broken, about 6-8 inches above the knee.
Thankfully the broken bone ending didn't puncture the skin, and stayed where it was! 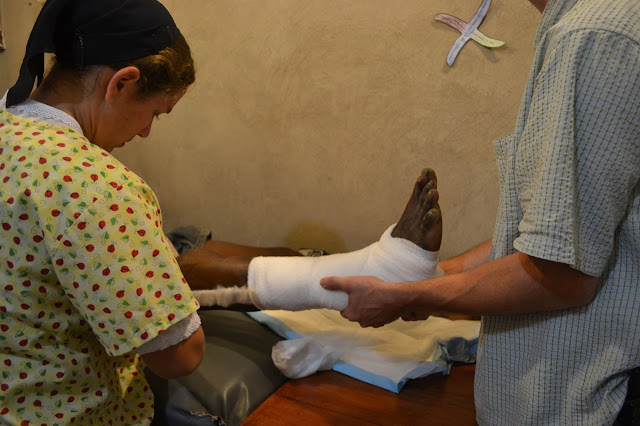 After bracing it, we wrapped it and temporarily set it in place. 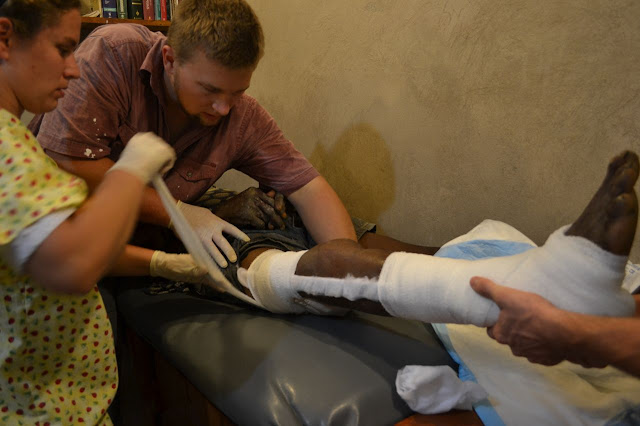 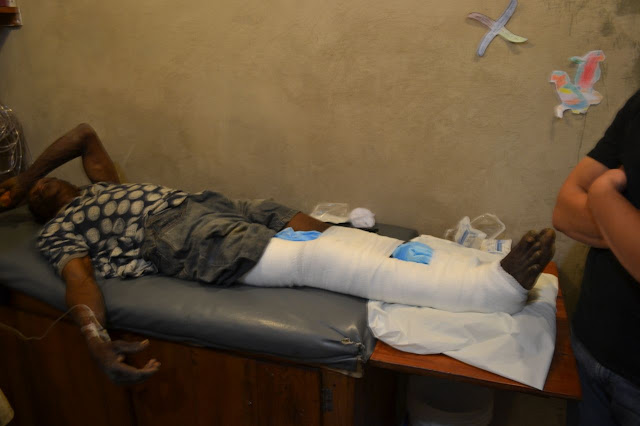 Here's the finished product!
After the brace and temporary casting, we stabilized the broken leg by binding the good leg with it. 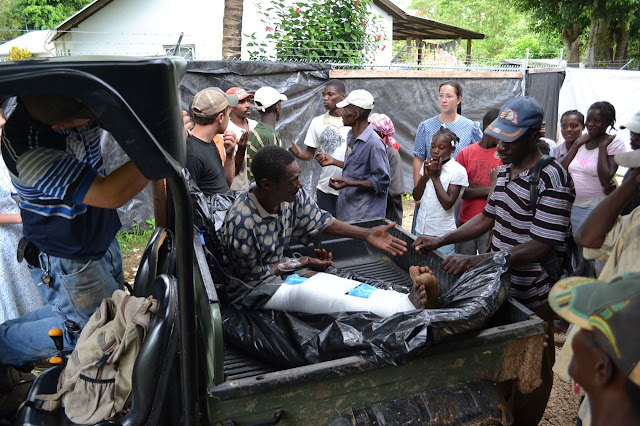 Andrew and Mose took him out to the hospital in the Gator, where he would get it set and cast.
We're hoping that he'll recover well, but seeing he was an older man, he might have a harder time healing.
Please pray for him!