The Nice and the Nasty

We see a well-rounded share of both extremes here.  And if you don't care to see the latter, I'd suggest you not scroll beyond the the second picture on this post. :]

Below is our (very nice;) new Mis Mali with an armful, holding this couple-week old set of twins, a girl and a boy.  They look just like two little dollies. :) 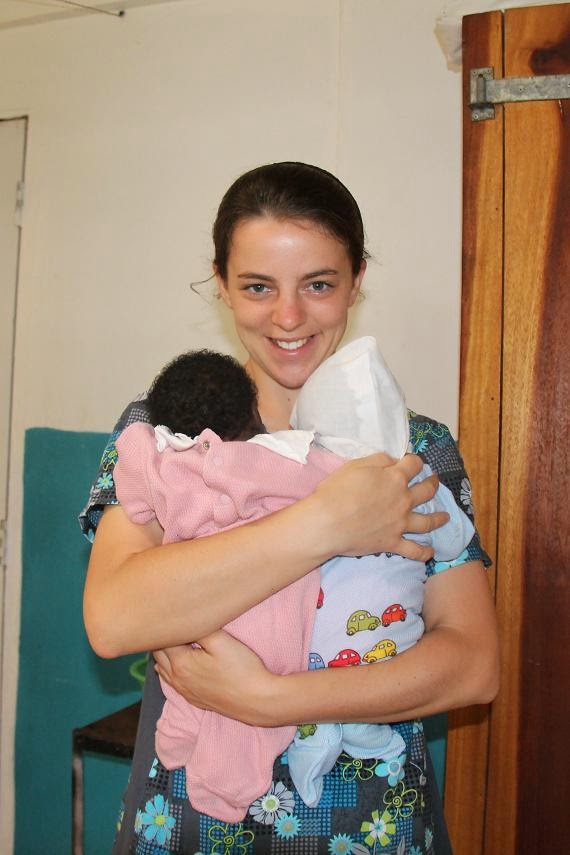 Yesterday at clinic, this five year old charm of a fellow was brought in by his mother to get a consultation.  He strutted in grinning, with a very big look on his face and really seemed to enjoy all the attention I gave him.  I finished writing down everything his mother told me that he had, from a runny nose to a lack of appetite, and then asked if anything else was wrong.  "He put a seed in his ear," she told me.  And sure enough, looking through the otoscope we could see a small bean in there.

Mali held him while I tried to get it out, but he started squirming too much.  We got more people to help hold him down, but by that time he was screaming and writhing around with more desperation.  I asked Kate if she wanted to go for it, 'cause I was nervous I'd hurt his ear drum.  The little guy's crying turned into growling, he was so upset.  After a few more minutes of the fight, we were all relieved when she finally got it out!

His poor mother burst out, "Mesi, Jezi!" and then sat down and started crying.  She said he was her seventh child, and the naughtiest of them all! :)  He didn't act nearly as relieved as the rest of us.  We gave him juice and a sucker and tried to get him to smile again, but he just sat limply and would hardly even look at us after that. :) 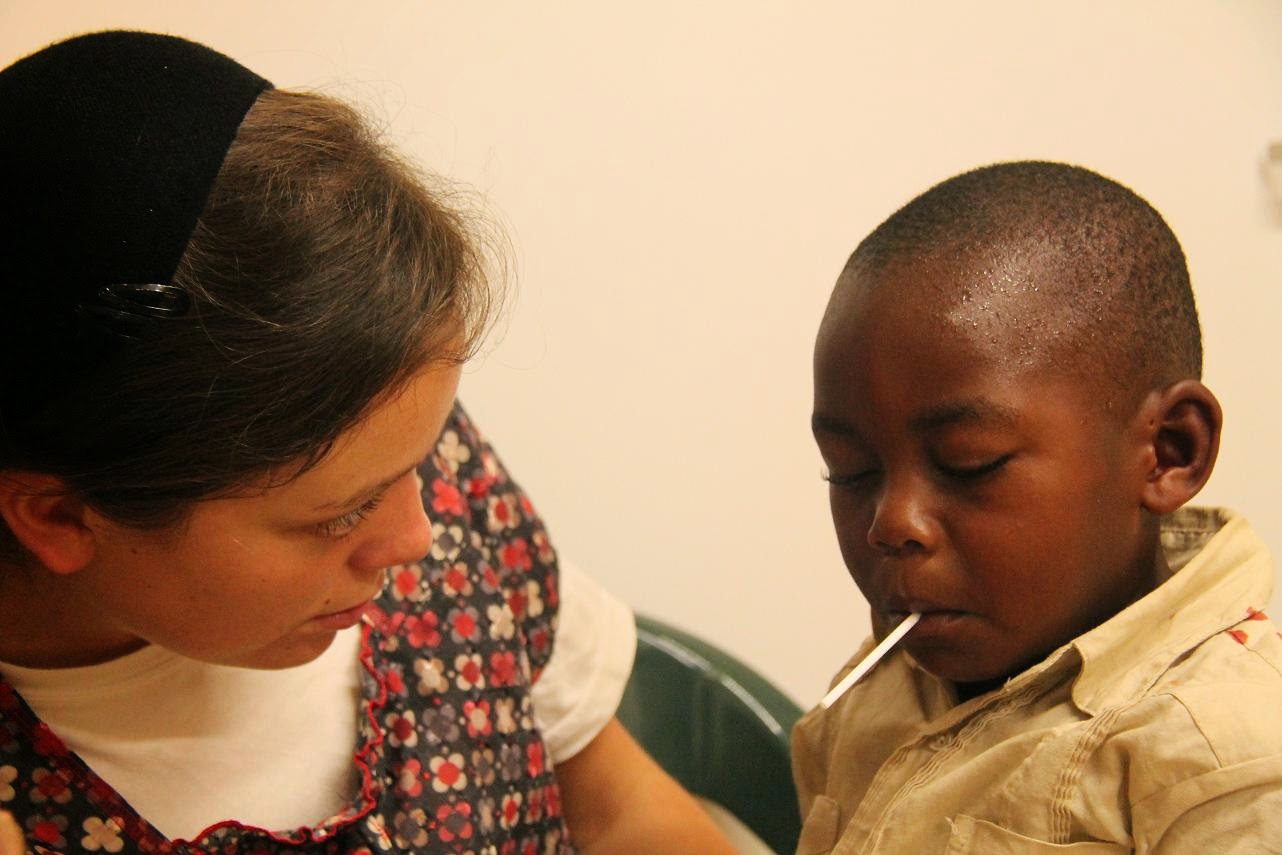 So now for the unsightly stuff.  Today a little old man came in with a dirty cloth tied around his foot. We knew from the smell that it was going to be bad, even before we saw it.   I don't think we expected it to be this bad.

Rhoda started in cleaning it, and then Dr. Felix kindly took over for her, chopping away chunks of black, rotten flesh.  The man said he had blood sugar problems, though it was normal when we checked it.  It seems like it's mostly just another case of neglect.  It's hard to understand how you could let something ever get as bad as this, but many people here do, and the best thing we can do for them is simply educate them on personal hygiene and wound care.

Dr. Felix completely cut off the man's little toe, and I think decided that that was enough for today. Maybe the next will come off tomorrow. ;\  He'll be staying in our hospital room for a little while so he won't need to walk here for a bandage everyday. 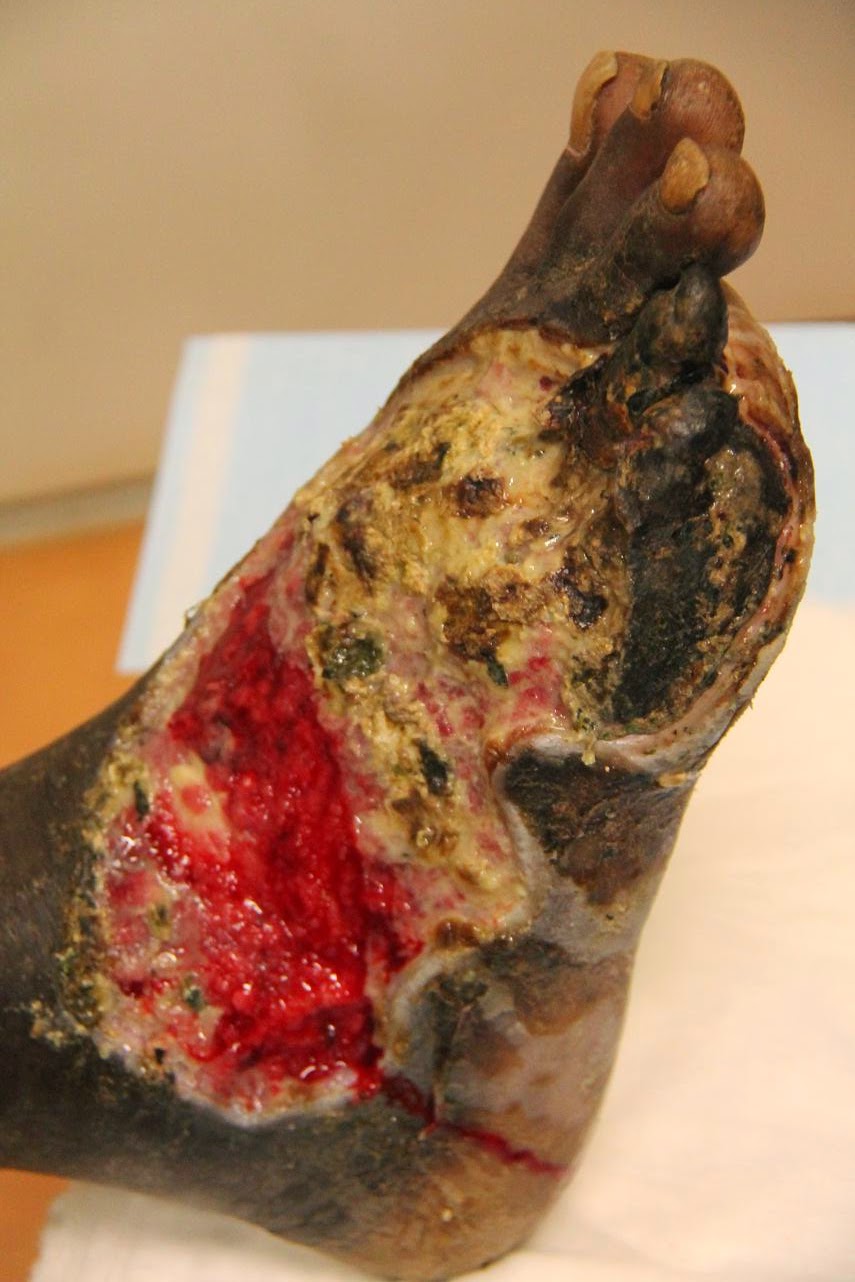 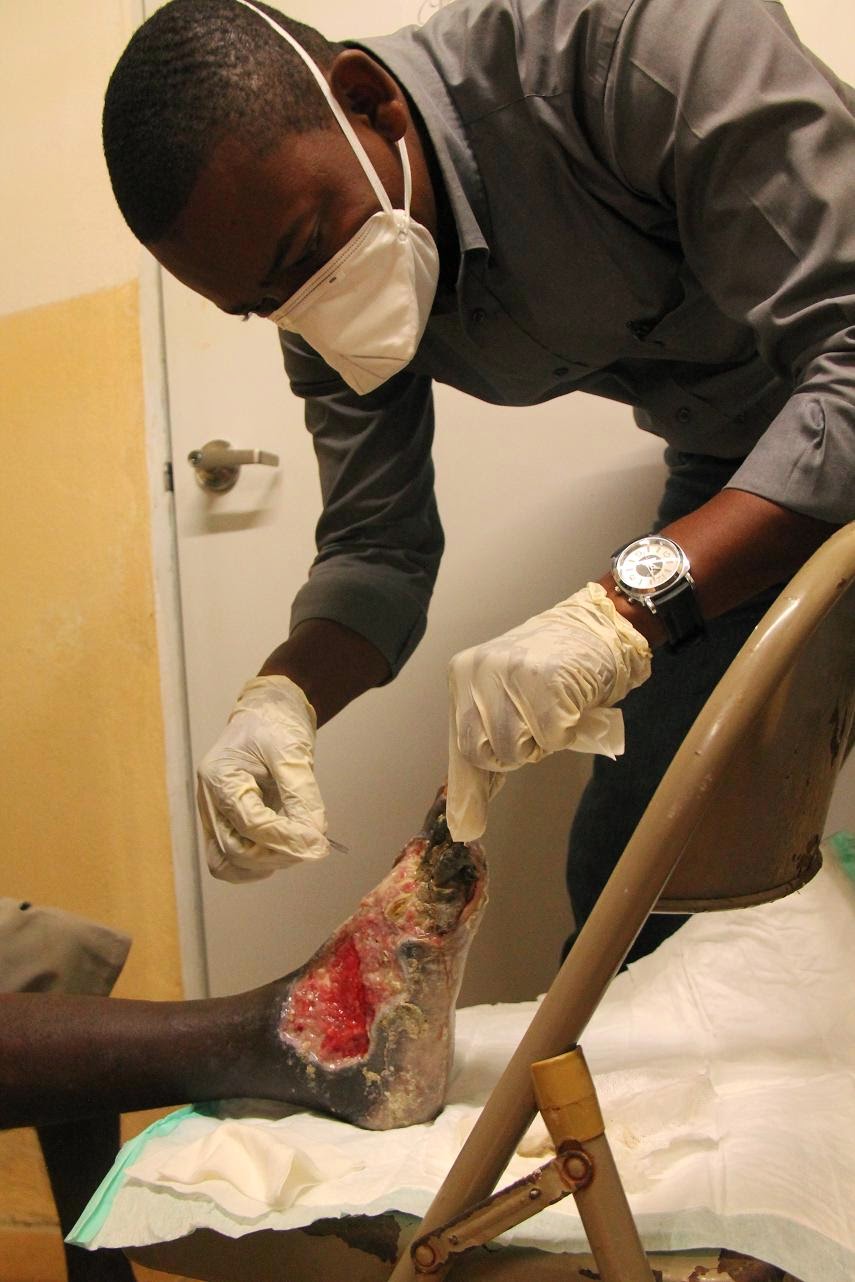