A Multitude of Maggots

The sun was bright and cheerful this morning as I stood at the clinic door and scanned the crowd of patients outside. My eyes rested on a tiny,white haired granny sitting towards the back. A swarm of insects buzzed around her head; her clothes were filthy and she smelled like infection. And rotten flesh. And something else I couldn't decifer. I flipped back her shirt and tried not to gasp at the protrusion of rotting flesh on her upper back. We took her into the clinic and laid her on an exam table.

I grabbed gauze and a tweezers and slowly started removing the white globs of matter inside one of the holes. I gasped as a clump as big as a bouncy ball slipped out. It had the texture of a cheese curd... but mind you, it did NOT smell like one. ;) And then, after going back to dig again, I saw the crevice from which I had removed it was writhing with huge maggots. That's when I put on a mask. The smell of rotting flesh, mingled with the feeling of those writhing creatures in the grasp of my tweezers was enough to make me feel a lil woozy.

The next hour was spent removing those 'clumps' of matter and then making a dive to remove the pocket of maggots underneath. Dolan shone our bright exam light onto the wound, and I saw a whole herd of little heads poke to the surface. Ro and I dumped peroxide and cut away dead flesh and grabbed at maggot heads and tried not to gasp or gross out too loud. ;) 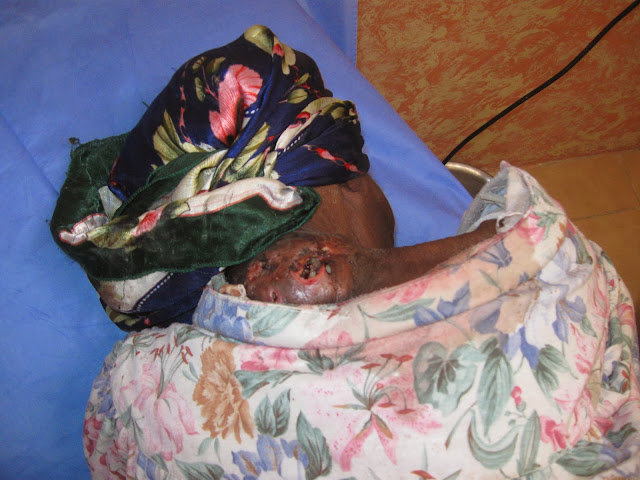 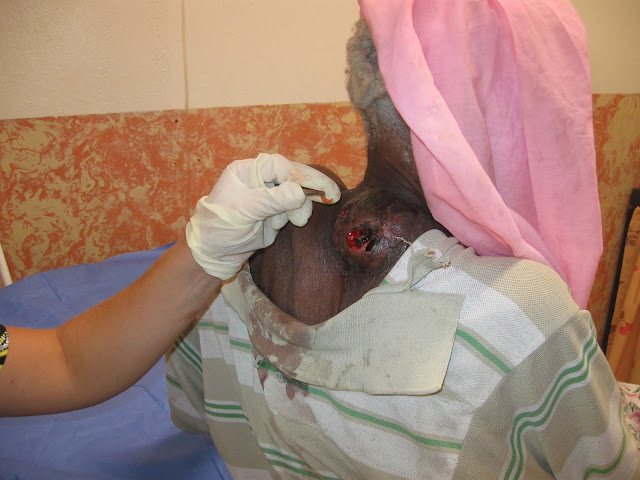 And I'll add a pic of this precious 2 month old baby boy that came in this morning. His skin was literally flaking off like the scales of a fish, and raw and bleeding under his ears and between his legs. He was so weak he could hardly cry out. We dosed him up with meds, spread cream over his entire little body, and dressed him in clean clothes. 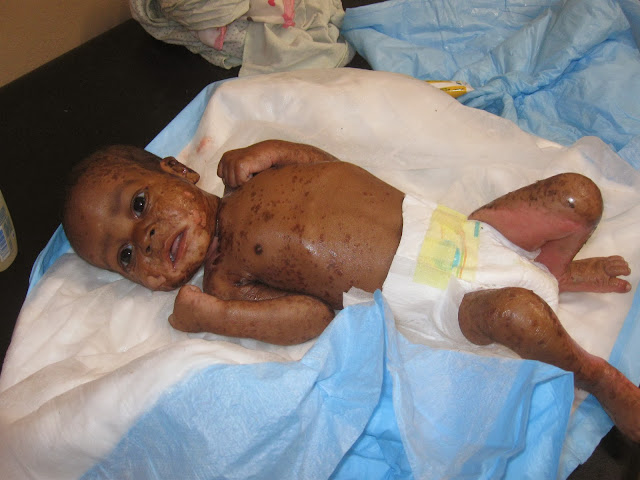