On Saturday we got word that Fre Rene, one of the mission's hired road workers and a brother from church, was half incoherent, trembling, and couldn't walk.  Donavon and Julian went to pick him up from where he had been working on the road not too far away.

Upon bringing him to clinic, one of the first things we did was check his blood sugar, take his blood pressure and ask what happened. His blood sugar was fine, as was his blood pressure.  We noted that he was very dehydrated.  We asked what his morning was like - basically, he got up, ate a little for breakfast, and didn't drink! He had no prior symptoms - he was just working that morning, "and then started to work very hard." When he began to work hard, he felt terrible and it was like his body started crashing. He didn't bring any water with him while he was working, and didn't drink anything that morning.  So...he was admitted to our hospital room for an IV, and oral re-hydration. 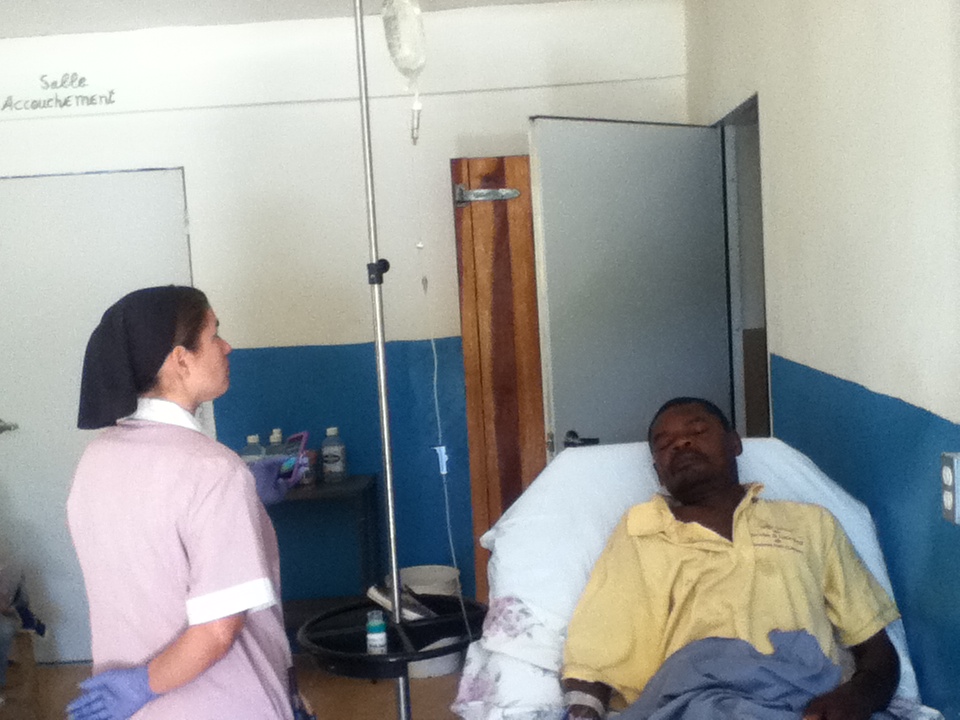 After awhile, he started feeling much better, but still was dizzy.  We allowed him to stay the night in the hospital room, as he would have had a long walk home up the mountain. He went home the next day with a good, strong suggestion to DRINK from now on! It never ceases to amaze me some of the problems the people here have because they lack some of the most basic knowledge.

Next day - Sunday, a little boy came in with a gash in his head.  I think he was the third child in about a week and a half that has come in with almost the same exact thing.  Either they've fallen down a mountain, or a rock was thrown... 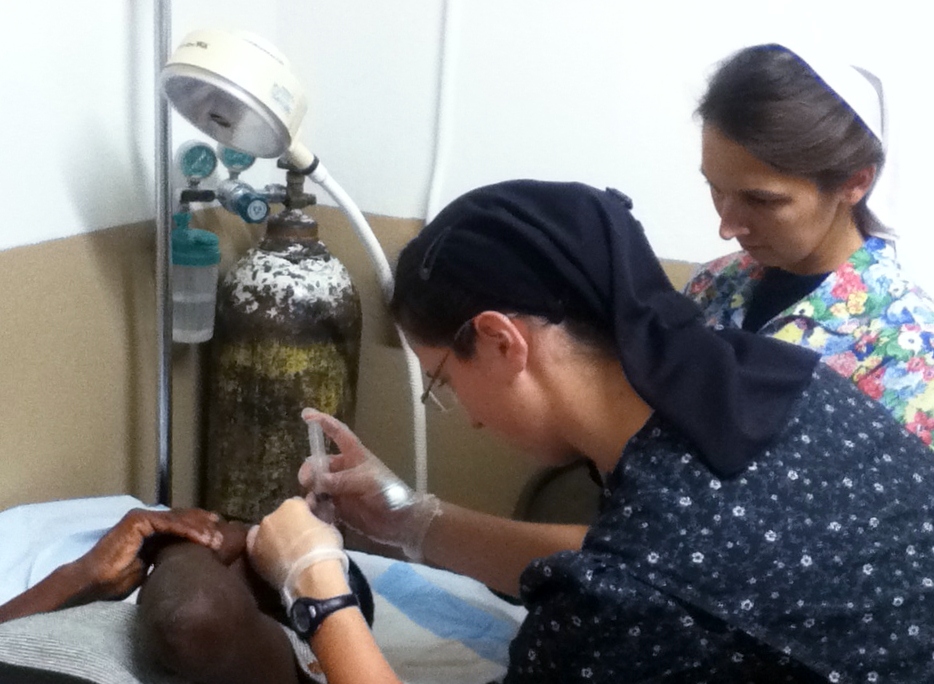 Rhoda and I working at putting in Lidocaine and then sewing him up :) 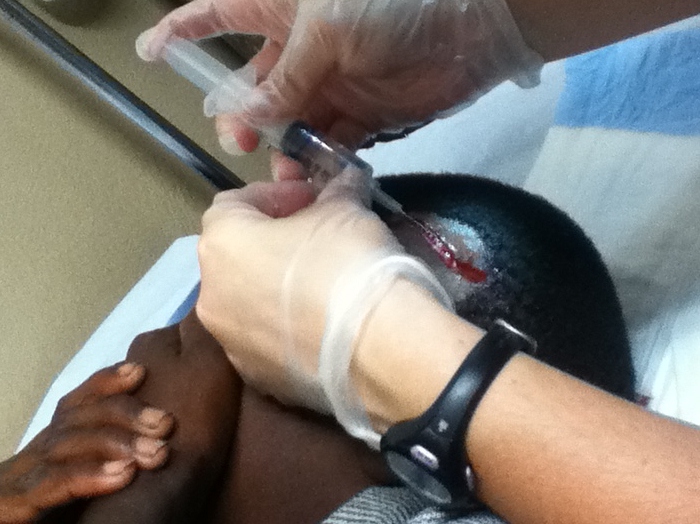