A little one in need of oxygen

Finally! A break from the nasty, yucky and bloody cases that almost always come in!

Yesterday a father brought his little 11 month-old baby to the clinic. It was wheezing, coughing and had a fever of 103 degrees. They checked out its o2 sat... it was in the low 70's! They immediately put it on oxygen and gave it some glucose and milk. It hadn't eaten or drank anything since the day before. Even before that, we could tell it was badly malnourished. 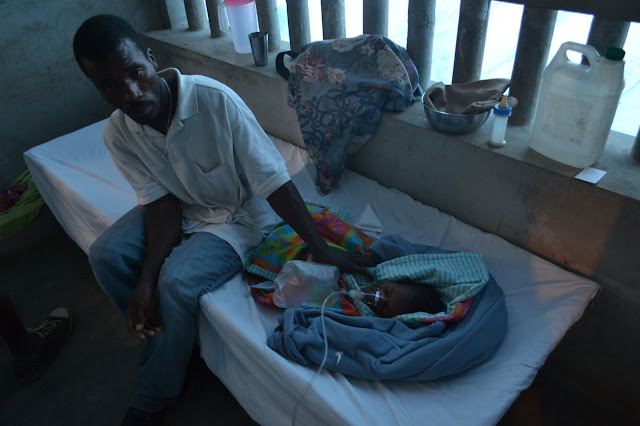 Baby and father, waiting for recovery... 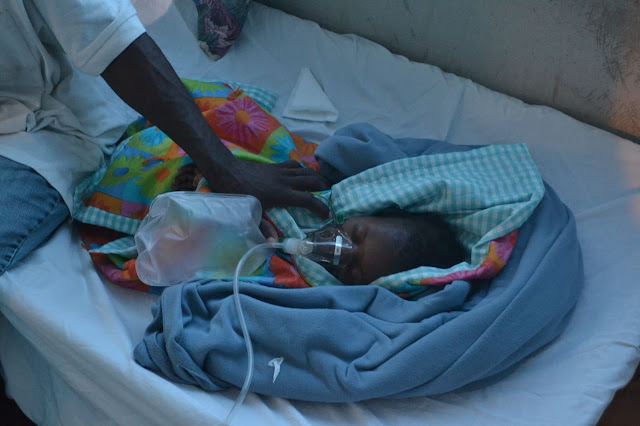 The poor little baby was in such bad shape at first. The nurses were worried it might not pull out of it.
But within a few hours they could see a marked difference!
The recovery went so well they actually were able to release the little one the next morning!
By Unknown - July 27, 2012 No comments: