We had another safe birth just a few days ago. The mother came in I think on Tues just as clinic was finishing. We gave her a bed in the hospital room, and keep checking on her. Labor was slow, but later evening it picked up. Her baby girl was born just after 11 pm, weighing 6 lbs 11 oz.
It was an interesting situation. The mother and mother-in-law of the lady delivering were there, but there seemed to be some conflict. During and after the birth as I worked with them, I just had a very strange feeling about the mother. She, the Grandmother to the baby, seemed to want to hold the baby soon after it was born, but I just had a strange sense about it and had Breanna keep the baby till we had it cleaned and dressed.
The next morning there was still conflict, and the Haitian workers at the clinic picked up on it. As I understood it there was conflict in the family, and the mother didn't like her son-in-law. Mis Leda said that sometimes in those cases the Grandmother will try to do something to hurt the baby out of spite toward the guy. I was SO thankful that God protected us and the baby from any evil intentions and didn't allow anything like that to happen.
God is SO good! 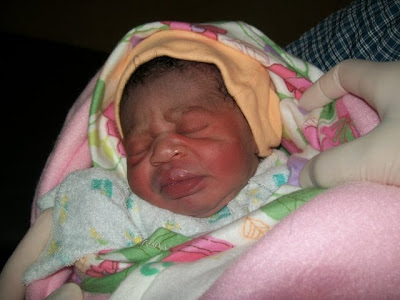 This little one seemed to like making faces for the camera! 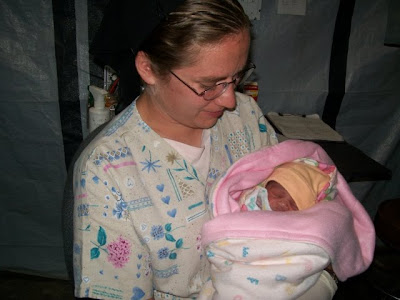 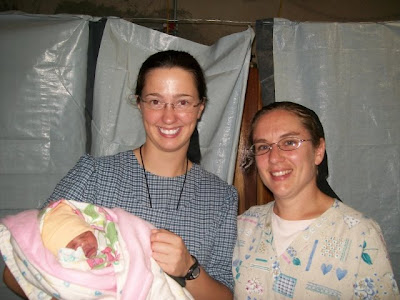 Breanna and I
Breanna Keller is now here working as a nurse at the clinic.
By Anita Hege - March 23, 2012 No comments: