A mother brought her baby to the gate Friday afternoon, saying she needed a nurse to look at it. It sounded like it had a rash of some sort on it's neck. Shana went out to see how serious it was, and came back, saying they should probably check it out. The clinic had been closed for a while, but they agreed to unlock it and bring the baby in.

So, as the nurses got everything opened up, the lady brought the baby around to the clinic. When she came in and they unwrapped the blankets, they were met with something a little more serious than just a "rash"... 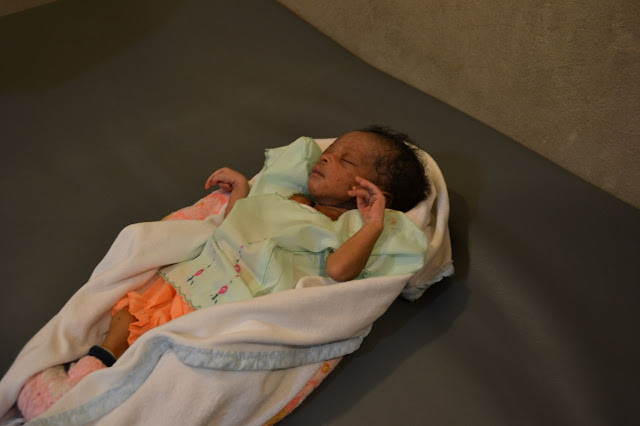 The first thing that was noted was the size of the baby- she was only 4lbs!
For a newborn, that's not much at all, but for being 16 days old, that's unbelievable. 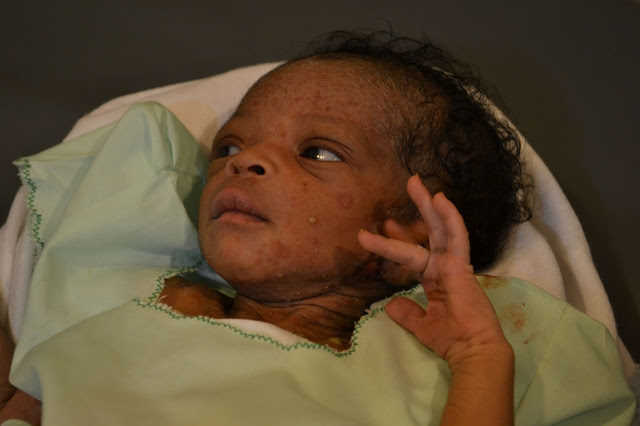 The second thing was the sores it had all over its face, neck, and upper body.
A large gaping sore next to her left ear was testament to the seriousness of the situation. 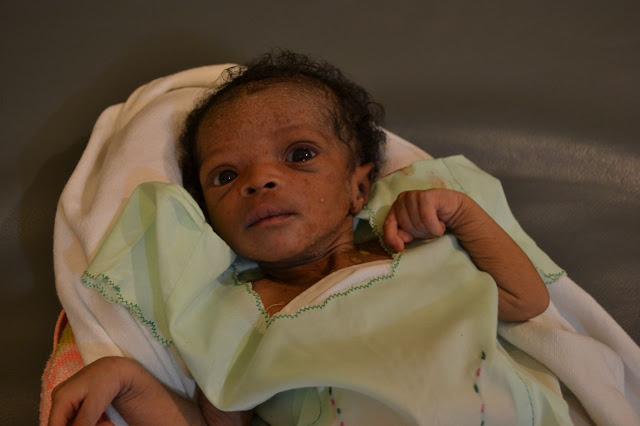 Surprisingly enough, as they unwrapped her,
she opened up her bright, big eyes and started looking around.
She was fairly energetic, which was unexpected! 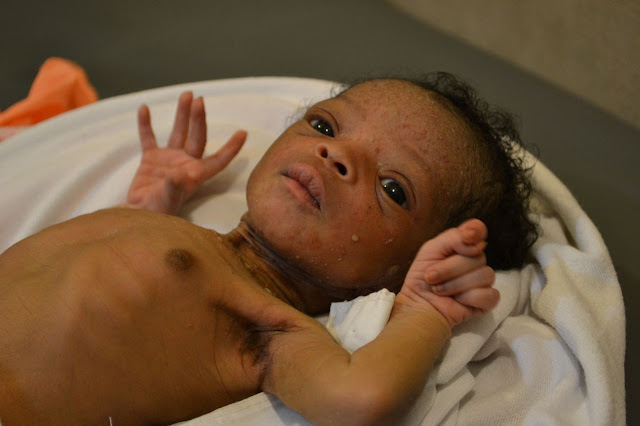 She was so tiny, but very alert. 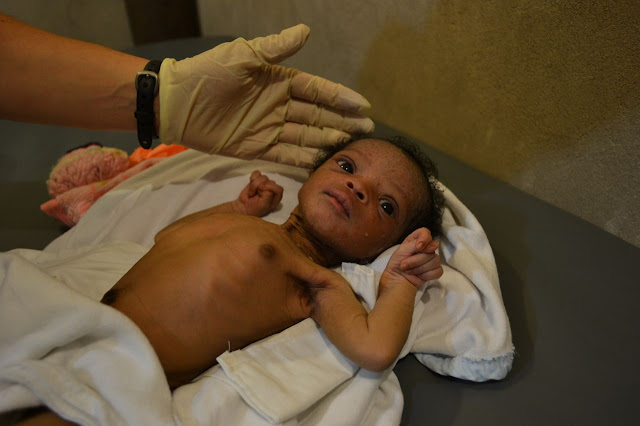 One of the nurses puts her hand next to the baby to give you an idea of her size. 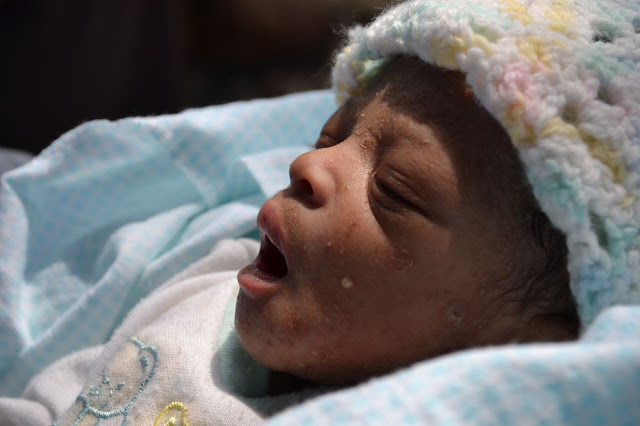 After getting washed up and treated, they wrapped her up in some new clothes and a fresh blanket!
She'll be coming back for a checkup soon...
By Unknown - April 09, 2012 No comments: