They were eating cake. It was a birthday party. But not everyone was sitting there laughing.              Because a little baby had come in weighing  2lb. 3oz. near the end of clinic. He was adorable, but not well. He was only about 96 degrees, and draining a strange yellow-green phlemn out of his nostrils. At times, his face took on a distressed blue look. It was not a good time to relax and eat cake and pates. We were holding oxygen up to the little face, and suctioning out his nose by times with the electric suction and a tiny IV catheter tip.....and we were praying. And the others kept on eating. 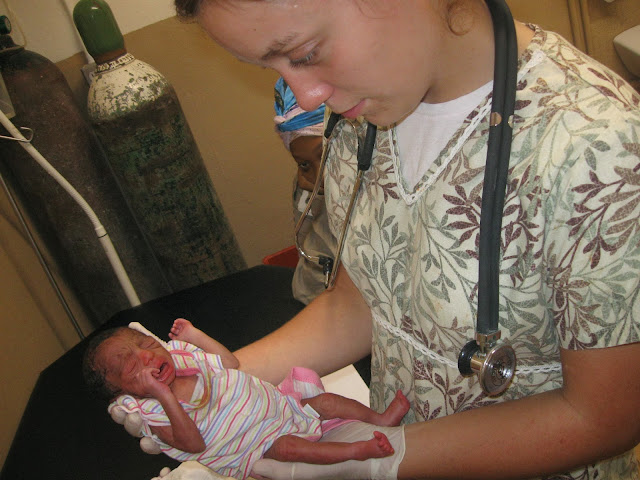 After a bit of stabilizing was done, we sent the baby out to a hospital in town for further care. 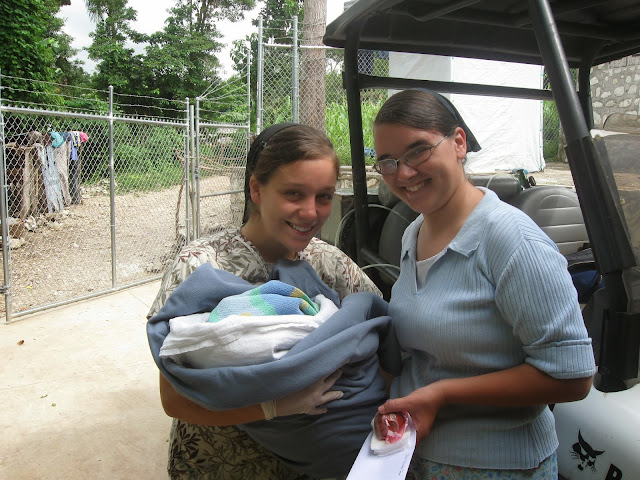 And, but, the birthday party is still worth mentioning. Our faithful office man, Fre Direk, had a birthday this week. And our cleaning lady has one on Saturday. They were so happy. Shana makes wonderful food and they would not be caught missing it on purpose. So, after they were done eating, the party people would wander in to have a look at the little doll baby and cluck their tongues, and shake their heads, like people do, when they see a fine work of art in miniature. 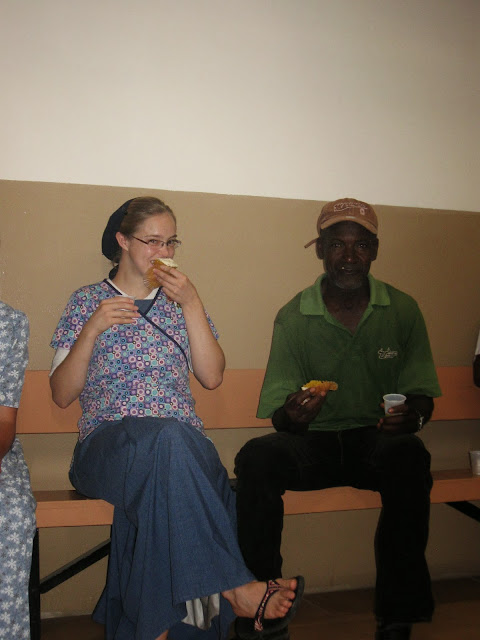 Our little head boy from Sunday, a week ago, came in today, after clinic was closed, to get his stitches out. Two other little codgers were with him, and that was the extent of my support group. While he screamed and kicked, I dove for the stitches with the scissors, and thanks to God,along with those strong little friend's hands to clamp him down,  was able to get them out without injuring the little cutie any further.
Now it is almost night. But around here, that does not necessarily mean the story is over yet. Maybe there will be another knock on the gate at 4:00 like there was this morning. But that is another story....