-That's the number of maggots that Whit pulled out of an ulcer on a little old man this afternoon.

We all started noticing a  rather offensive odor creeping into the clinic this afternoon.  Lo and behold, "Whit's little man" had shown back up, smelling quite strongly of rotting flesh.  He had been coming to the clinic for dressing changes on an ulcer on his lower back that he had in January, and we always liked to tease Whit about her "special friend". :o) He had been fairly faithful in coming every other day, but we didn't think that it would be able to heal without the granulated tissue that had built up around it removed.  Steve came down to the clinic on the last day of January, explained this to him, and arranged a ride out to town for him the next day.  I guess he freaked out.  He never never came back.

Until today, that is.  While he waited for the exam table to be free, Miss J trailed in his wake, spraying air freshener in an attempt to cover the smell- which resulted in a much worse smell as the two scents combined.

When I finally finished the bandage job that I had been working on, and the room was free, Whit called him back to take her first look at his ulcer in close to two months.  We debated whether or not to actually post a picture, because it, quite frankly, is nasty.  So, please, if nasty pictures make you sick and you want to eat supper, don't look at this picture too closely.  Because if you do, you might see all the tiny little maggot heads (or tails- I really don't know which they are) that are hanging out in there.  It's a little disturbing. 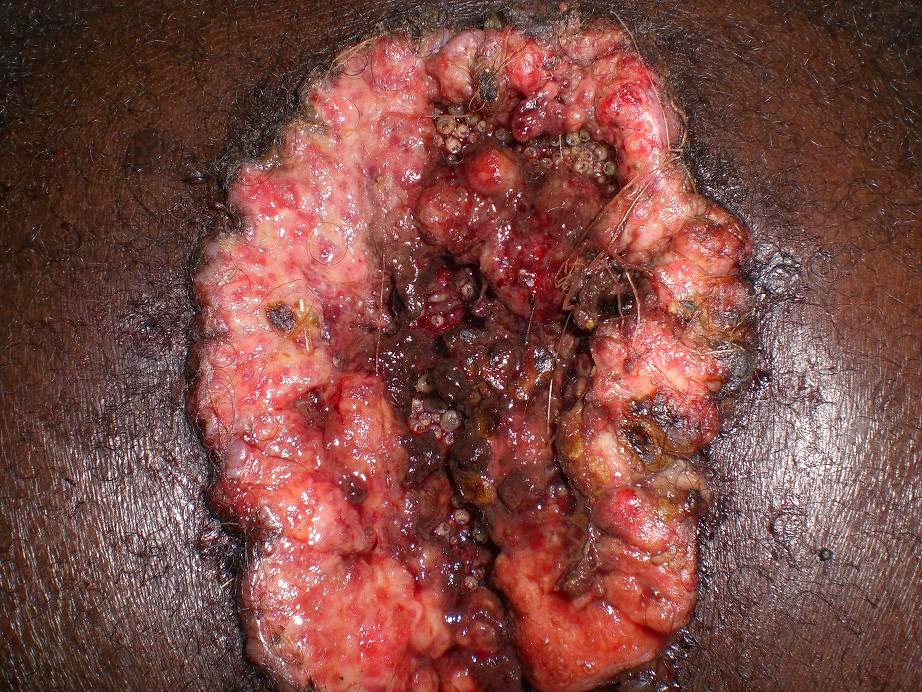 Mis Whitney pulled out maggot after maggot with her tweezers....then did her best to clean it with peroxide, iodine, and sterile water.  There were so many little crevices around the edges that it was very difficult to find and remove all the maggots and then clean the crevices out. 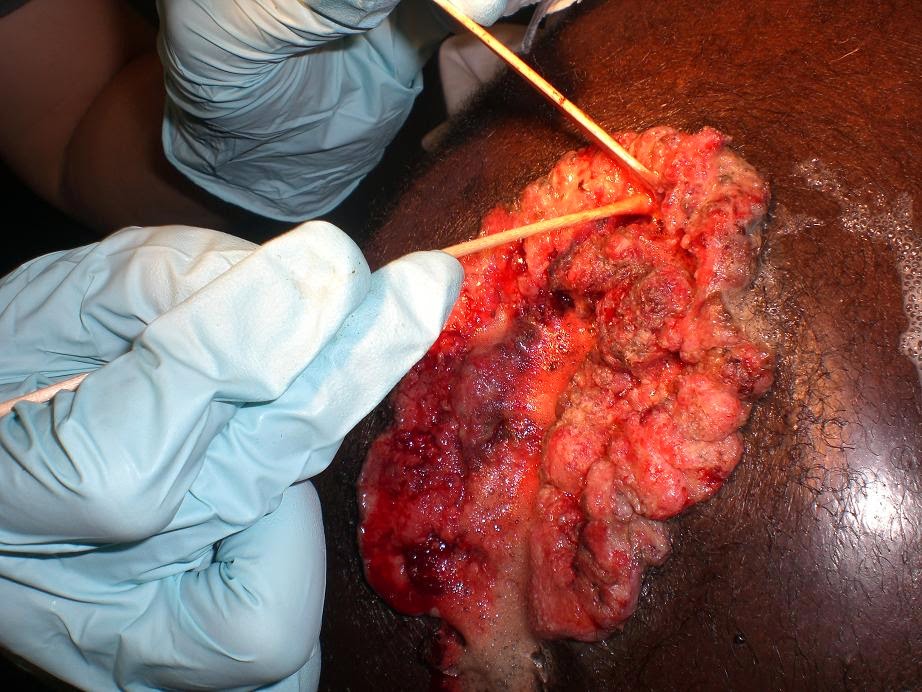 And, finally, the bowl with the maggots in it.... 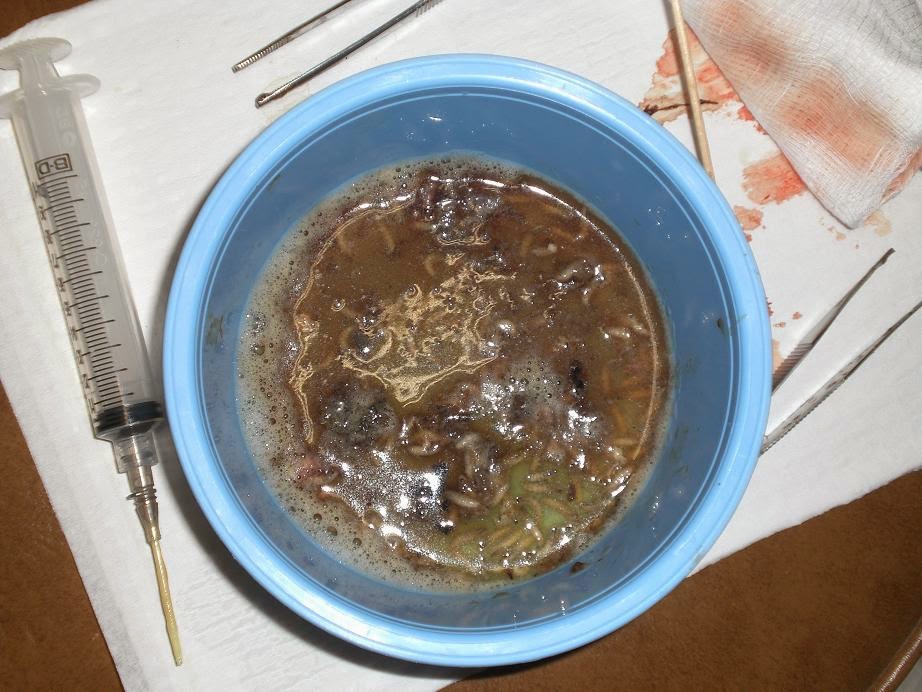 We were thrilled when Pastor Levi, who was up at the church and was heading back out to town, agreed to take the dear little man along.  We were even more thrilled when the dear little man agreed to go, and then actually went.  I guess he realized that he really did need more help than we could give him here...so now we can only hope and pray that the doctors at the hospital can give him the help that he needs.

Have a fantastic weekend, and God bless y'all!