Depending where you live in the States, it may seem strange to have people coming into a hospital with deep wounds caused by falling rocks. Down here in Haiti it is pretty rare when we don't have patients coming in with serious injuries caused by either a rock falling on them, or they falling on a rock!
Yesterday we had such a case: an eight year old little girl was carried from 3 hours away, having several bad scrapes and cuts on her foot and ankle. Her parents told us she was on a hill, when a large rock tumbled down, heading straight for her. Right before it hit, it must have clashed into another rock, because it split in half, dividing in two before it hit her; only her ankle was injured, suffered large cuts.
The family was very thankful that she wasn't killed, but there was a lot of work to be done on her foot. She was very brave, but was in a lot of pain, so she cried frequently.
The whole operation took almost 2 hours, and was very tedious! 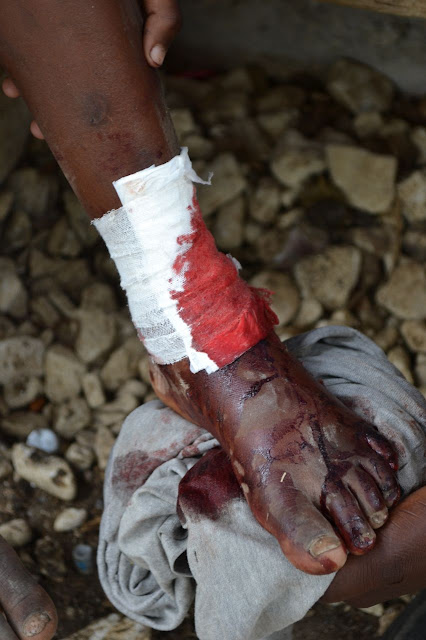 When they came, it was lightly wrapped in a white cloth,
with a lot of dirt and grime all over her foot. 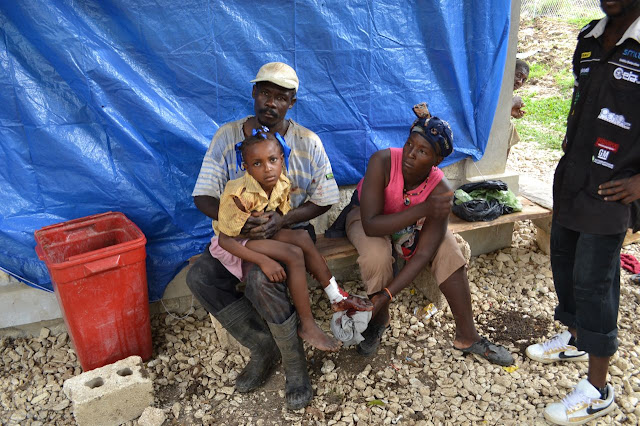 The father was out working when the incident happened,
so as soon as he heard about it, he headed this way.
Apparently this was some friend or relation that brought her in, along with the mother. 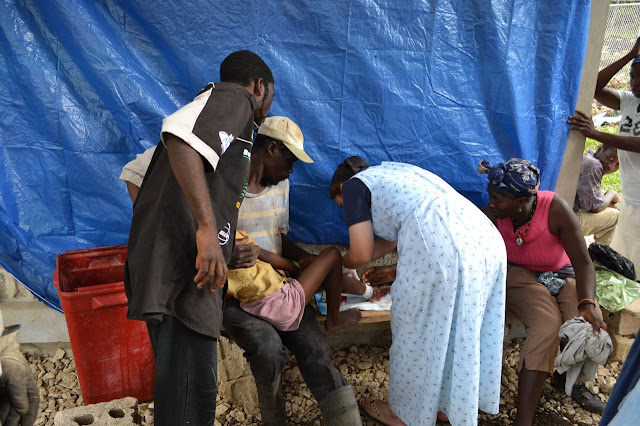 Once they got here, Mis Anita began unwrapping the bandage, and started to clean it out. 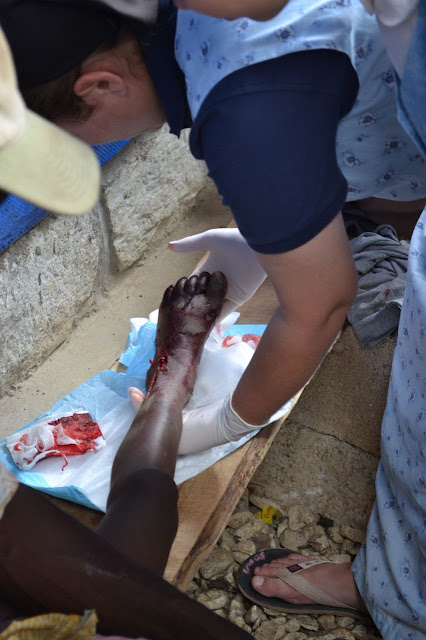 Ah, yes, a very nice gash there, don't you think? 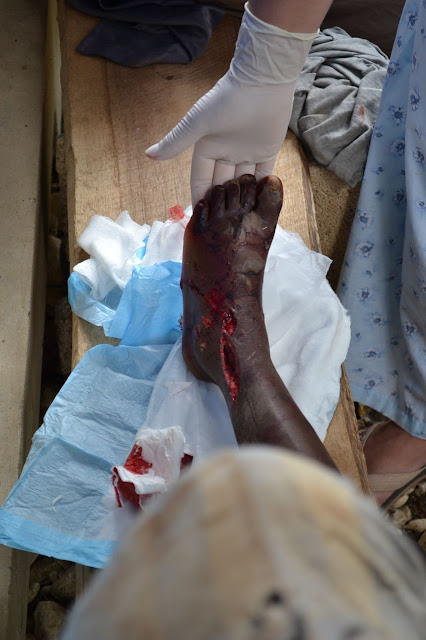 Thankfully, no bones were broken... it was just a really nasty set of gashes! 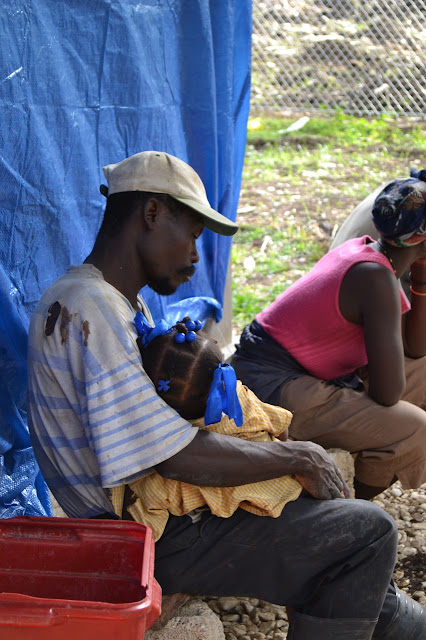 At first the poor little girl was very scared and cried a lot.
Once the majority of the cleaning was done, she was able to relax a little... 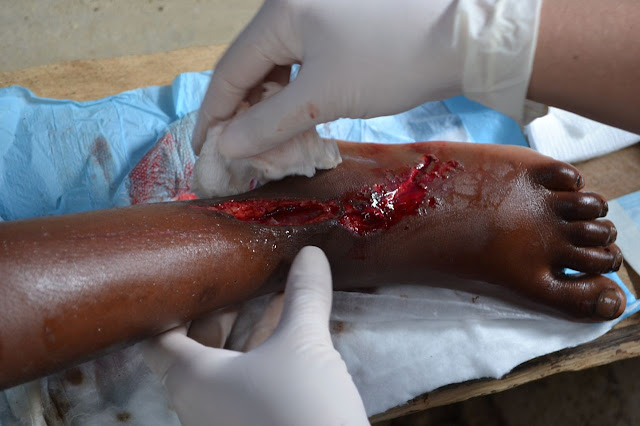 After washing it out really well, Anita had to pick bits of dirt and gravel out... 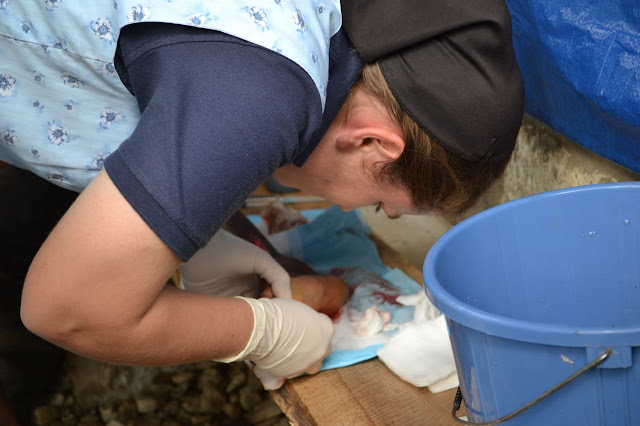 Once she finished up, the job was handed over to Michael... 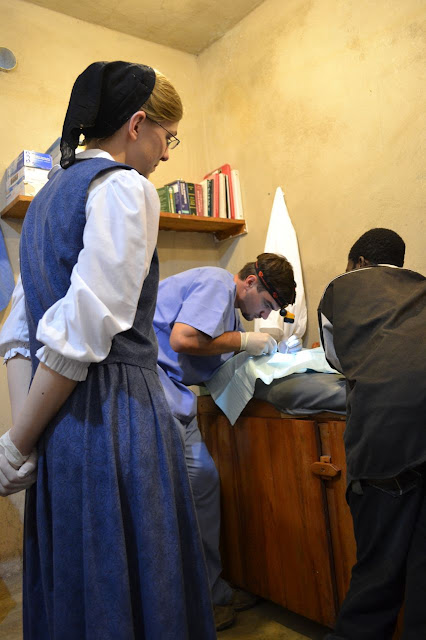 Inside, Michael was preparing his stitching equipment.
They brought the girl in and had her lay on the operation table. 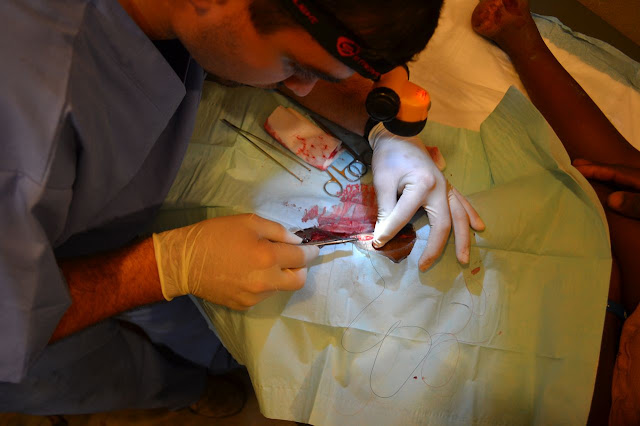 He had to clean up the edges in a few places, but once that was done he was able to begin. 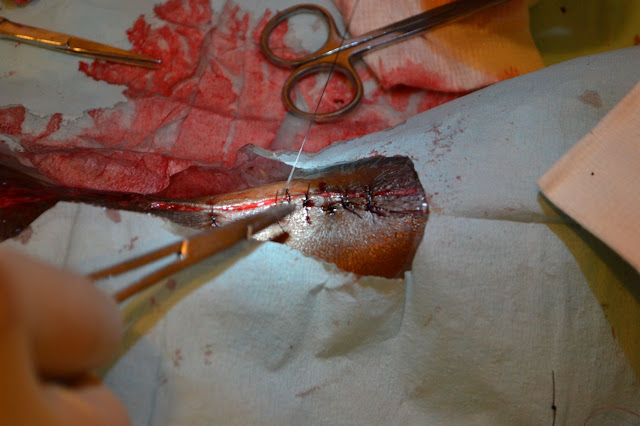 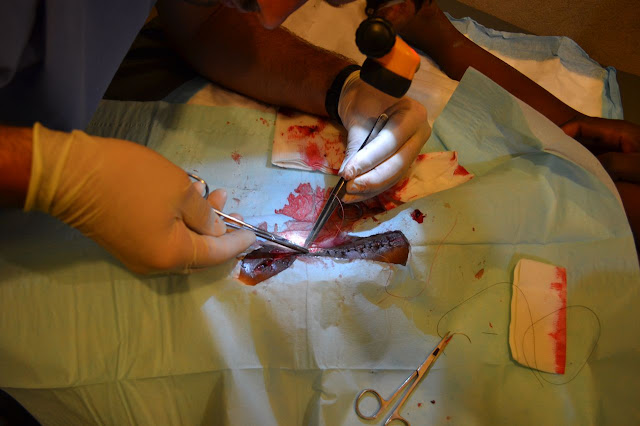 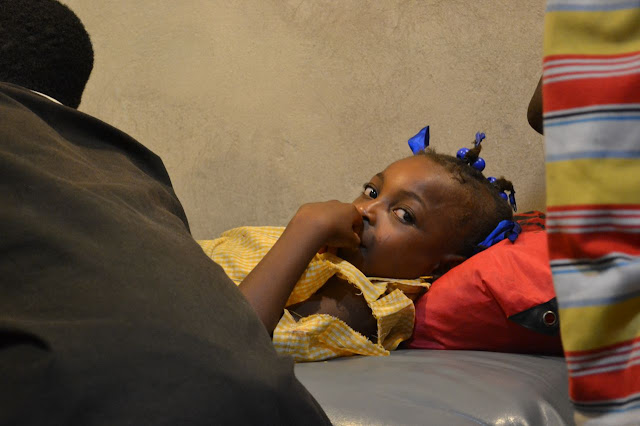 Once the local anesthetic began to work she was even smiling and grinning at us :) 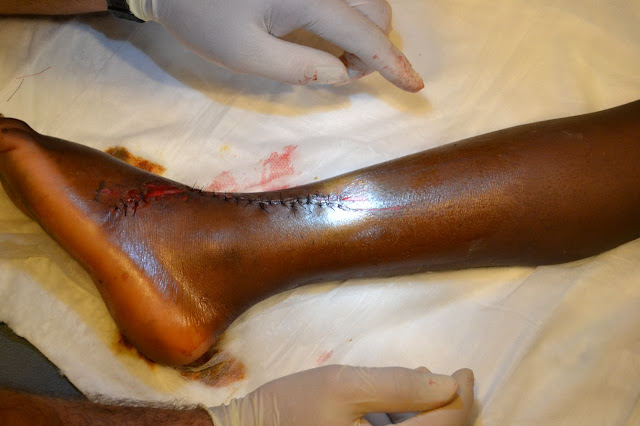 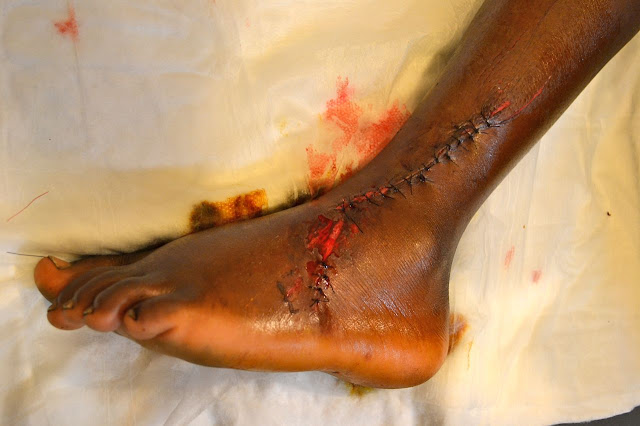 Her foot was still very scraped up, but at least now it will heal well!
She will be coming back in a few days for a checkup...
Please pray for the family, that they would see the light of Jesus and be saved!
By Unknown - February 11, 2012 No comments: