"Now this IS a cute baby!"I told Anita. I am just washing the curly head of a new baby.
"You almost always say that," she reminded me. 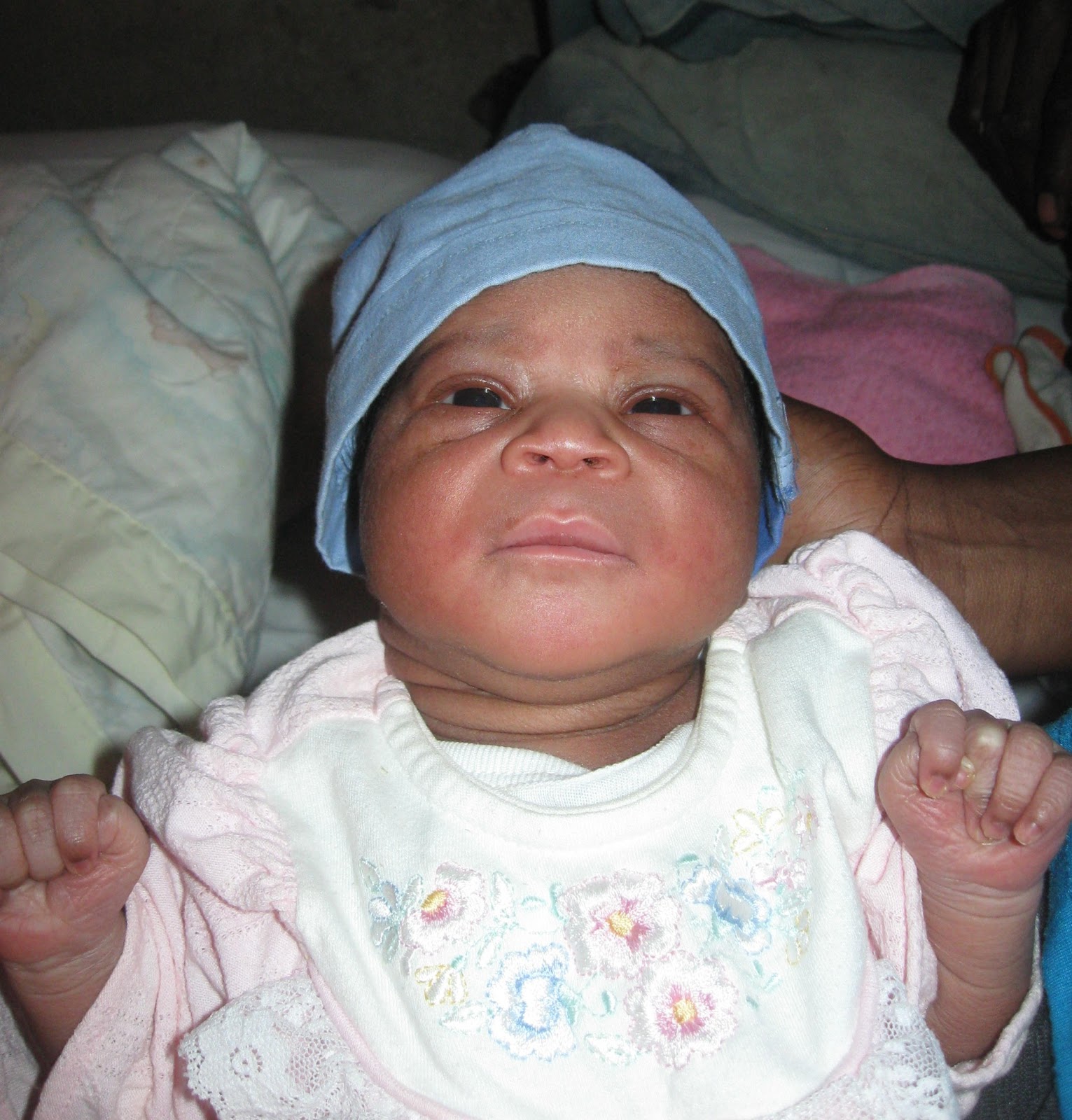 "Oh, I know." I shrug and giggle. "Some just really are," I excused myself. "And then some aren't." This is the normal after birth type of talk, while we clean up. 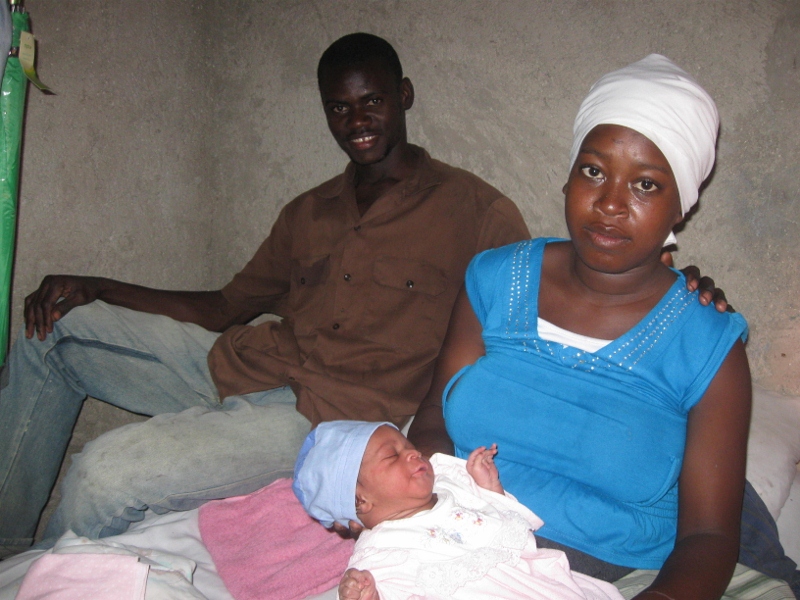 Jackson and Natacha are in the hospital room now talking happily. The baby is breathing after a bit of a bumpy start. Now how did we get to this point?
It all started with a knock on the gate at one o'clock. Anita and I groggily chose some scrub tops and I grabbed my flash light that doesn't work. Then we joined Delwyn in the courtyard and stepped along to the clinic. We better not miss this one!
After a check-up, Anita and I decided we better plan on a night at the clinic. We went home for some hot water for the delivery, some coffee for us, and some pillows for the dust to settle on.
After bothering the dust on the pillows and having a rather small amount of success, we warmed up to the birth of Jackson and Natacha's baby who arrived around six o'clock.
Things looked a bit precarious in the first few seconds of the baby's entry into the world, so while Natacha rested for a few minutes, Anita gave the baby some oxygen and used the electric suction on her.  (Baby was all tangled up in the cord, and there was lots of meconium.)
Before long, things were looking a bit better, and we breathed a bit easier while we cleaned up and cozied the baby into a couple layers of cotton and covers.