A good day.
I sighed as Rho and I walked together down to the clinic this morning.   Rho wondered aloud what it meant.   I laughed, "Oh, nothin' really, I just don't really feel like going to clinic today."   She laughed too.  What else can you do? :)
When I'm actually working in the clinic, I'm usually loving it, but sometimes looking ahead at it from the morning's perspective, it looks like more socializing than I think I'd love for my day. :]
But, as usually goes, by the time I greet each familiar friend en-route there, the normal handful of return patients, along with a general greeting to all the rest of the patients filling the benches, I've also greeted the day's work and let go of my little morning anti-social grudge.
That was me this morning.   Enjoying the quiet, beautiful morning at home, lost in a jungle of thoughts while scrambling eggs for breakfast.
Maybe that's why eight o' clock came  more quickly than I expected, hurrying us over to Donny's house for devotions.
We had quite a chucklesome song-service.  Most of us have colds and coughs cinching our vocal chords together right now, making our singing voices sound more like swelling squawks.
It wasn't too noticeable 'til we got to the soprano's solo refrain of "When Peace Like A River".  I caught Marcile's smiling eye one too many times and that was the end of trying to be proper.  I think it was the first time I've burst out laughing during that song!  I was just glad I wasn't the only one who did. ;)
But peace like a river had pretty well ran off my mind as we walked through the clinic gates this morning, greeting more people and sizing up the crowd ahead of us.
I wondered if Mali would have to use some more pro-active crowd-control tactics again. 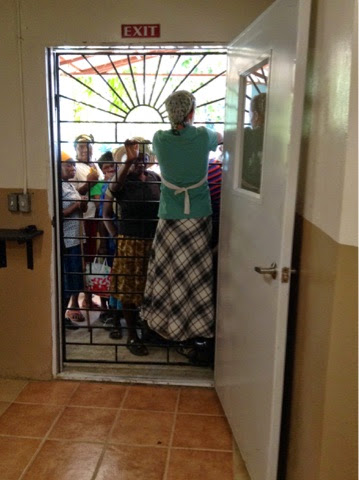 Monday had been crazy, thirty blood pressure patients trying to crowd in all at once 'til she finally somehow shut the outer grated door, climbed up its rungs, and used it for a podium to preach to her patients about patience.
And no wonder, there were 100 people that day!  Four of those were brought in on cots, thankfully none of which were critical emergencies. Later that night, Mali and I attended our first birth of the year- a chunky little boy!   And later the same night, actually early the next morning, Rho, Marcile, and Ellamae delivered another baby, a girl.
I guess that's what makes working here both exciting and stressful, the not knowing who may show up and how many may come and what they may have...:)
***
So back to this morning, now in the clinic and through all the staff greetings, I headed to the hospital room to visit the couple of patients who were still there from Monday, along with a couple new ones from yesterday.
First there was 30 year old Luckson, way too young to have a stroke.  But with a history of a blood pressure up to 230/140, and not taking meds faithfully, we're pretty sure that's what he's had, leaving his whole right side completely limp. 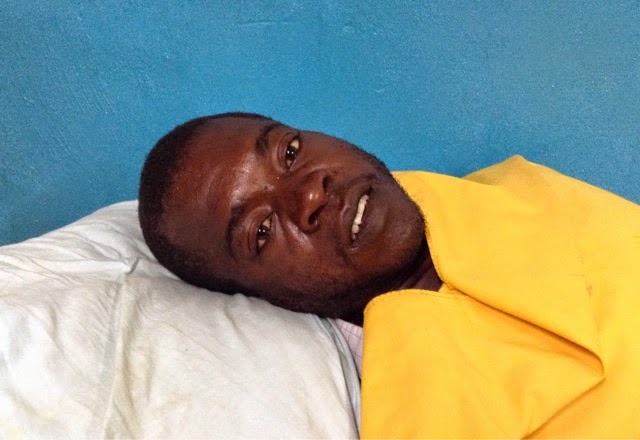 Across the room is 12 year old Daline.    Her mother says she hasn't slept for two weeks, and won't talk or eat.   Other than a slight fever, she seems to have nothing else to help us determine the cause.   But then her mother tells us that she has some kind of evil spirit on her, and that the dad put something on their house.
We asked Pastor to come pray for her, and after he did, she fell sound asleep.  These are the hardest cases to deal with, when healing is a choice they have to make.   A choice to repent from sin and accept freedom from a God who delights in freeing us!
Please pray for this young girl and her family!   We had a nearly identical case awhile back that ended in the girl dying, but we- and they know that it's a problem beyond our power.
That's why we're praying and asking for your prayers too.  Satan loves to steal and kill, and as long as they refuse to choose the protection of the blood of Jesus, they're left vulnerable to demonic attacks like this... 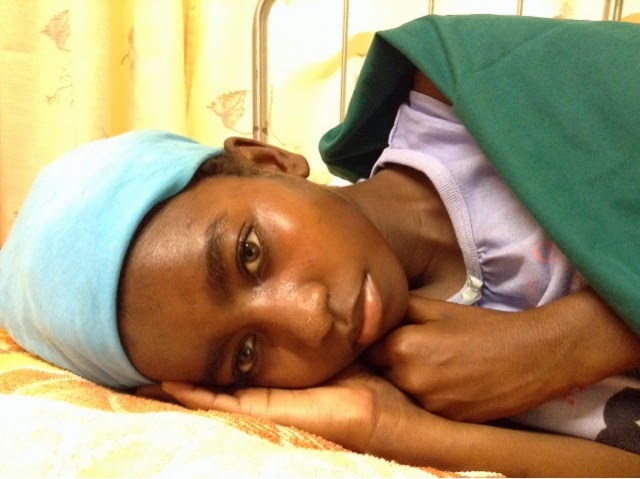 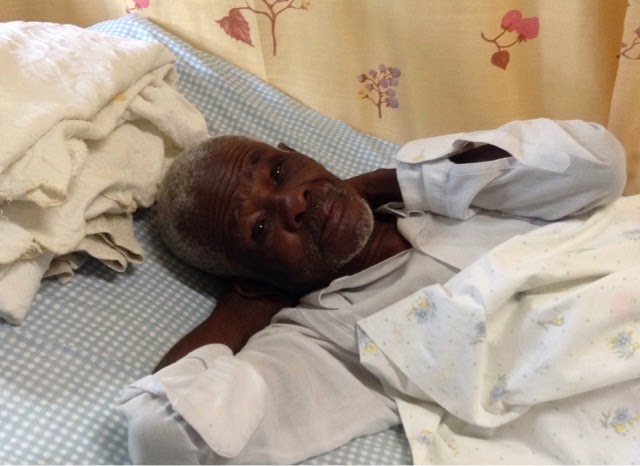 Occupying the last two beds there's 80 year old Joseph (above), a sweet little sick Grandpa, and 33 year old Benadette (below) who's right foot suddenly opened into one big rotten sore that Kin so gallantly addressed despite the stench and sight. 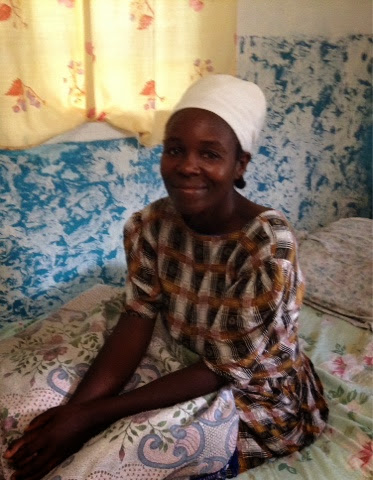 After Fre Noez ended his morning devotional and we started our normal clinic day, it ticked right along and by 2:00 Rho was mopping us all out the clinic doors.
Back home over lunch, I remembered 24 year old Cilene, a first-time expectant mother who came in nine months pregnant today.  I first noticed her belly, and then her blood pressure of 170/100. 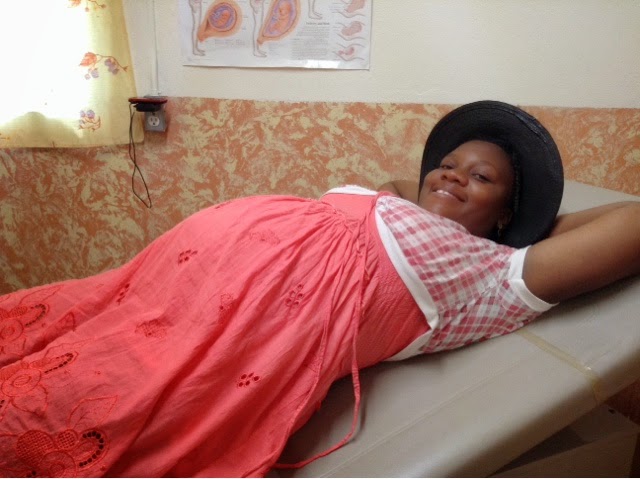 When I went to measure her, I jokingly asked her, "How many babies DO you have in there?"  She laughed and told me that there's twins and triplets in her family's history.
"Oh, really?!?"  I was exclaiming, not asking, thinking that was very interesting, especially as I looked down on her very rotund belly again!
Feeling more than one baby's worth of bumps and hearing a strong heartbeat in more than one place was enough to send me looking for Rho.
With our ancient sonography machine, we looked as best as we could, and changed our question from "Maybe twins??" to "Could this be triplets???".
I'm so excited to find out!  And I know they're eager to know too.
When she went out and told her husband, he came back in and stood there staring almost speechless, shaking his head telling us he doesn't believe it!  :)
We told them we couldn't tell for sure, but explained the dangers of them staying and gave them orders to get down to town asap, so hopefully we'll find out soon!
The afternoon passed washing up lunch dishes, seeing Myron and Delwyn Zook off back to the States, along with Donny and Hans going out to Port to do our monthly meds shopping, dismissing three patients from the clinic, bringing in CLEAN laundry, blogging...and in between just about everything, stopping to greet all those familiar friends along the trail again, this time with a "Bonswa!", which I still usually like better than "Bonjour!" :)
-Whit
By Whit - January 14, 2015 No comments: