A few weeks ago a man appeared at the clinic with some cloths wrapped around his lower leg- he was limping and seemed to be in quite a bit of pain.

When the cloths were taken away this is what they found... 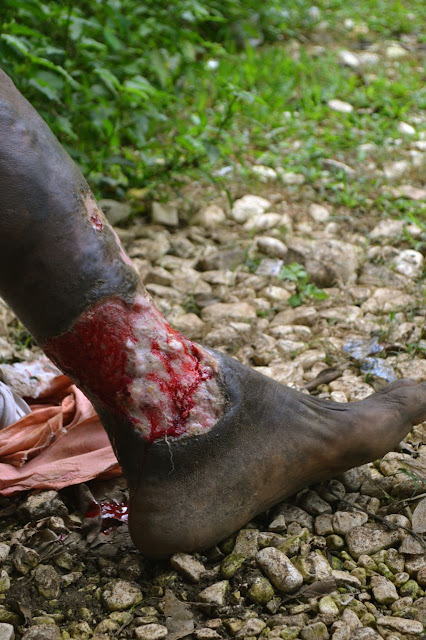 The man's ankle was being eaten away by a huge infection- his whole leg (beneath the knee) was swollen, rock-solid, and the flesh was slowly rotting off. 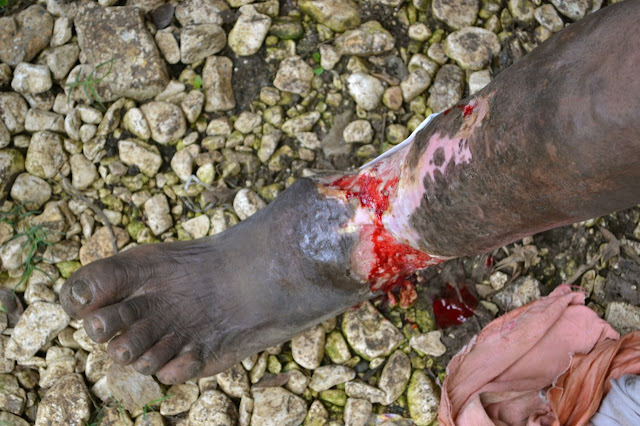 As you can see, the infection had progressed to such a degree that we feared for his entire leg.
Apparently it started as a small infection higher up on his leg and was never taken care of.
That was 2 years ago, he said! 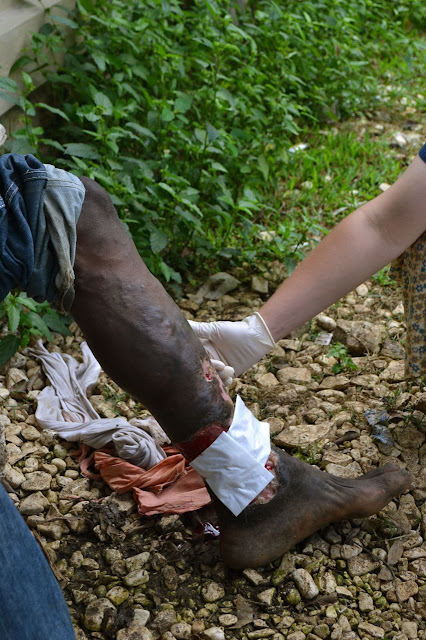 The nurses decided to begin treatment immediately and have him come in each day to have it cleaned and redressed. 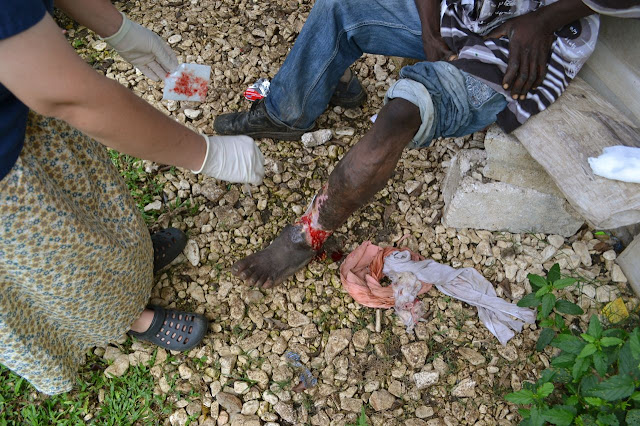 Here, Anita cleans all the rotten flesh off and begins to cleanse it. 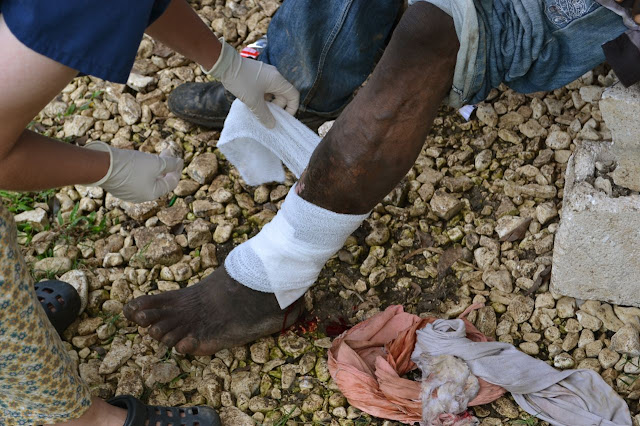 She wrapped it with gauze and told the man to come back the next day. 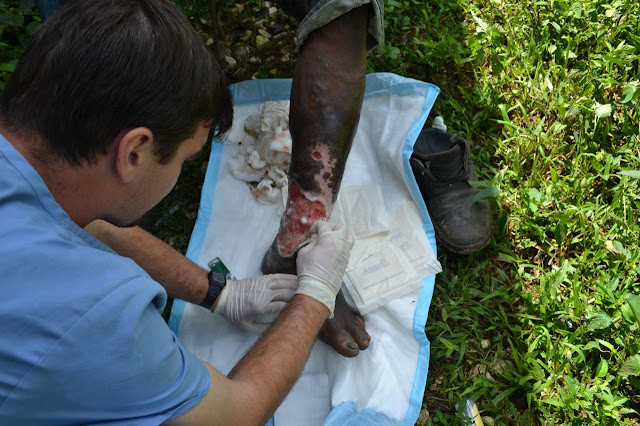 After several days Michael cleaned it off and trimmed more dead tissue away. 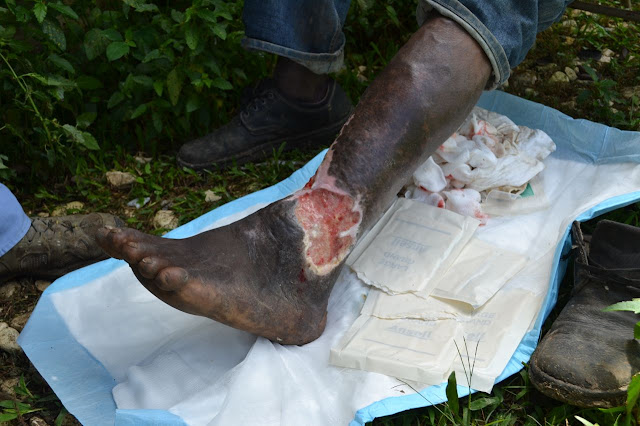 There was a marked difference, already, in his condition. 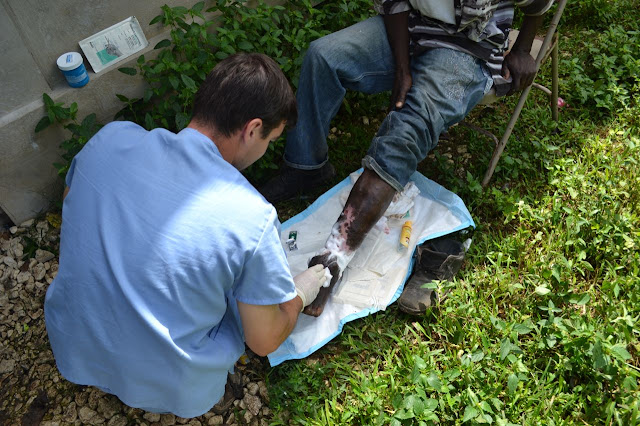 Each day he came in to have it cleaned off with anti-baterial medication and rewrapped it. 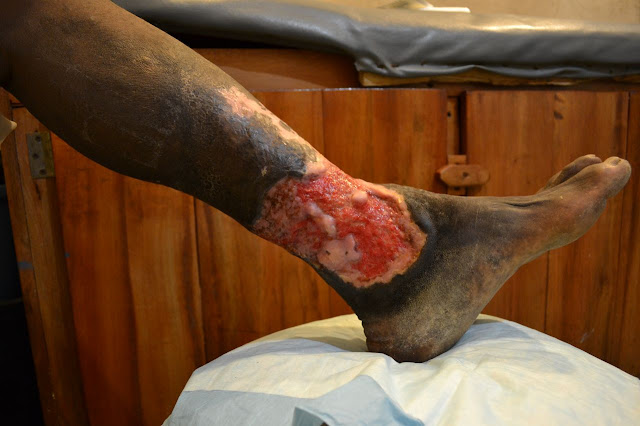 This picture was taken just yesterday when he came in for his daily appointment. 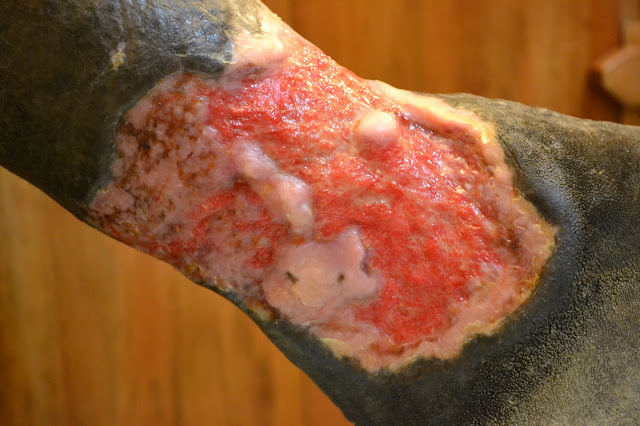 After just 2 1/2 weeks of treatment the swelling is almost all gone and new skin is forming on the open wound!

It's amazing to see how much he is improving and we are praising the Lord for healing this man thus far.
Please be praying for his physical recovery and also his spiritual condition- I don't know if he is a Christian or not.