This is the little boy who was "Near Death's Door"

Eifadel is progressing slowly, but he is progressing!  He now often gives a bright smile as I enter the hospital room.  I had hoped he'd have gone home by now, but even though the worse spot has improved greatly, his left knee is still quite sore and swollen.  I think if we could have kept him on the medicine we had him on originally, he probably would have recovered fast.  Since he was allergic to them and would have likely been allergic to penicillins as well, we opted for the second best instead of running the chance of another allergic reaction. 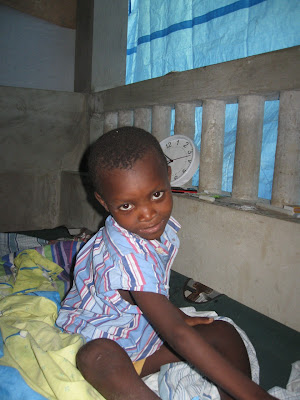 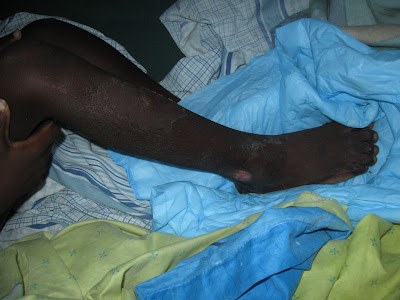 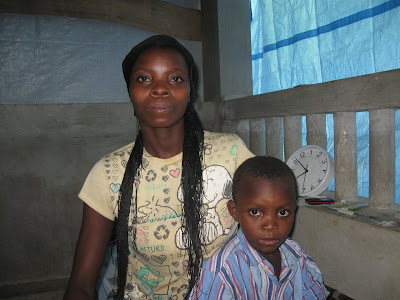