A Stitch In Line


...when a Band-Aid just won't fix it.   The two stitch jobs below are the two I mentioned awhile back.


Lovenski, the 9-yr old boy below is the one I mentioned that went to the river to bathe and fell on a wet rock.  He handled all our poking needles so bravely, but he-and we, were ready to be done with it all when it was over! 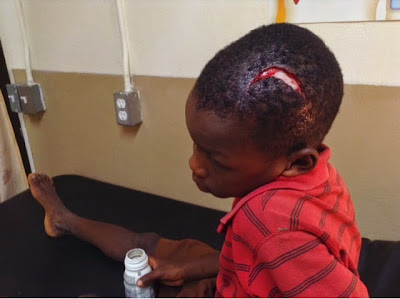 He's a very shy little guy.  I always like giving him a piece of candy and making him smile. :) 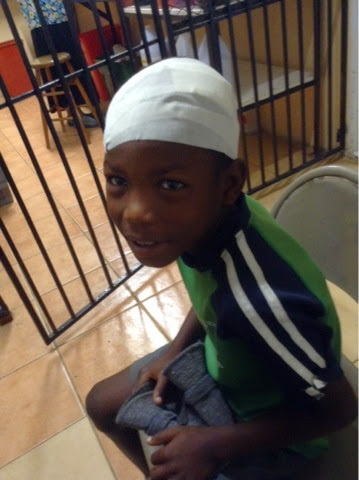 Another young boy below, Tiga, was brought in the other night with burns all over his body.  They said they don't know exactly what happened cause his mom was out of the house when it happened, but thankfully none of the burns are very deep.  The poor Mother though was almost more distraught than he was! 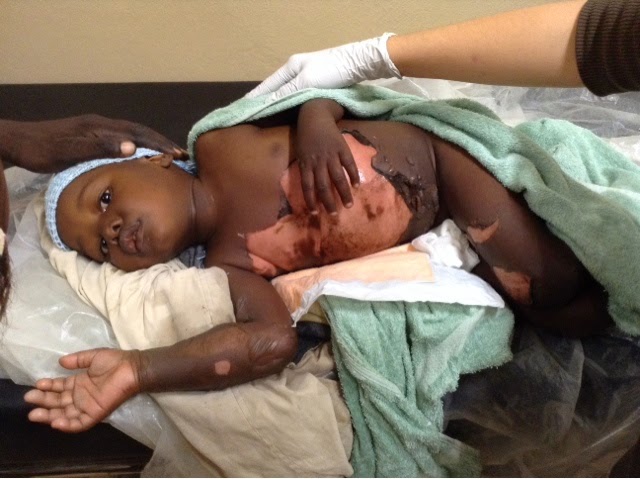 I promised Rho that I would get a post done...I fell asleep working on it last night, so I'm kinda hurrying to finish it this morning! ;)  So I'm down to just a few minutes before it's time to gather at Donny's house for devotions and then time to head to clinic for the day!
Please pray for the people that come into the clinic, that they would see and feel Jesus there!  We see so many sad, hurting people, and sometimes we wonder if we're reaching them at all but then we see and hear inspiring little stories of people being touched, and we're reminded to keep praying for them!
Have a blessed day!
By Whit - August 02, 2014 No comments: