Sunday evening, we mission staff planned to head up the mountain to Don Weavers place for supper. A man with a large cut on his chest requiring sutures arrived in a timely fashion just before we left. Donavan left with some of the staff leaving Kindra, Mali, David and I to come up on the other rig whenever Mali finished the stitch. Little did I know that it would be 8:30 p.m. by the time I was able to get to Don´s place and eat supper (we had meant to arrive at his place by 6:00).
After Mali had sewn up the fellow and sent him on his way we left and headed up the mountain, about a 3 1/2 mile trip on the UTV. Before we got to Besace Donavan called and said that someone had been hurt at the soccer game that was going on close to Don Weaver´s place and told us we'd probably get flagged down by them when we came past. Sure enough, as we rounded a corner in the bumpy trail and the soccer field came into view we saw a LARGE crowd gathered on the road in front of us. It was unclear what was going on in the center of the crowd but it seemed like there was active treatment of something being performed there. I finally managed to get through the people enough to see that they had a young soccer player who was yelling his head off stretched out mid air between several of the others who were frantically washing his leg down with soap and water. After some coaxing they released him and let  him lay on the ground so we could check him out. He was complaining of severe pain in his left knee but there were no visible deformities or other signs of a fracture or dislocation. The crowd was so tight and loud we decided to take him back down to the clinic where we could hear ourselves think and give him some pain meds. Mali and I turned around and headed back down to the clinic with the boy and his brother leaving David and Kindra to walk the rest of the way to Don's.
After we had put the chap in a bed, imobilized his leg and given him a shot for  pain we  headed back up the trail only to have the utv start sputtering about a mile and a half back up the mountain.  Thanks to my stupidity we were out of diesel! After some consultation by phone with Donavan I decided to turn around and coast back down to the mission to get fuel. Had an amazingly fast and quiet trip back down, poured a couple gallons of fuel in the tank, and after another trip up the hill, we finally arrived at Don Weavers place and got some food in our stomachs.
Michael Rudolph has been coordinating surgical teams from the states for the past  several years and thanks to his efforts and the efforts of the surgeon and other medical  staff who came down to donate their  time, this past week we were able to get surgery done on 15 patients with inguinal hernias that have been coming to our clinic for help. Some of these people have suffered with severe hernias for years because even though the surgery is a relatively simple one that can be performed at many hospitals in Haiti, the costs of getting it done are far beyond what most of these folks are able to afford. The list of guys with hernias needing operations seems to grow longer every week so it was an incredible blessing to see these people finally being able to get help.  The hospital where the team was doing the surgeries was in the little community of La Colline, about an hour west of Ti Goave. Tuesday I took a load of 12 hernia patients along with the daughter of one of them who was to act as a care taker for the rest. It made a total of 14 people squeezed into the landcruiser. Very tight. But no one seemed to care since they were finally headed to get their problems fixed.

After we arrived at the hospital in la colline Michael sorted everyone out and I was able to hang out for a while in the operating room and watch the surgeries being done. A very fascinating and interesting operation. Today I took three more patients out and brought nine very happy post surgery patients back with me to ti goave.
Somehow it seems from my experience that God has used my time here in Haiti more to train me and whittle off my bad spots than anything else. It seems that more often than not its the other folks here, Haitians and Americans both, who are showing me, most times involuntarily, how proud and unchristlike I am and how much I still need the grace of God in my life rather than me having all the answers for the people I came to minister to. Through all the stresses, discouragements and problems He always comes through. It still amazes me, but it shouldn't come as a surprise because hasn't he said "...I am with you always, even to the end of the age"? Thank you all so much for your prayers and encouragement.

...of what's been going on recently.  And not so recently, as in since the last time we blogged!  :-0  :-)
Really not so much out of the ordinary has happened here the last while though.  Kin and I both went back to the States for a couple weeks mid June, leaving Hans, Mali, and Alyssa in charge of clinic.  I was back for my brother's and another friends' wedding, and Kin was back to give her mother a surprise welcome home after having been in Austria doing cancer treatment for several months!
I was extra excited about coming back this time, since I didn't have to come alone!  My little sis, Ataley, (who all the Haitians can't believe is bigger than her older sister;) came back to spend a few weeks with me!
Last Friday she was Dr. Felix's assistant while he did a small surgery to remove a large cyst from a man's head. 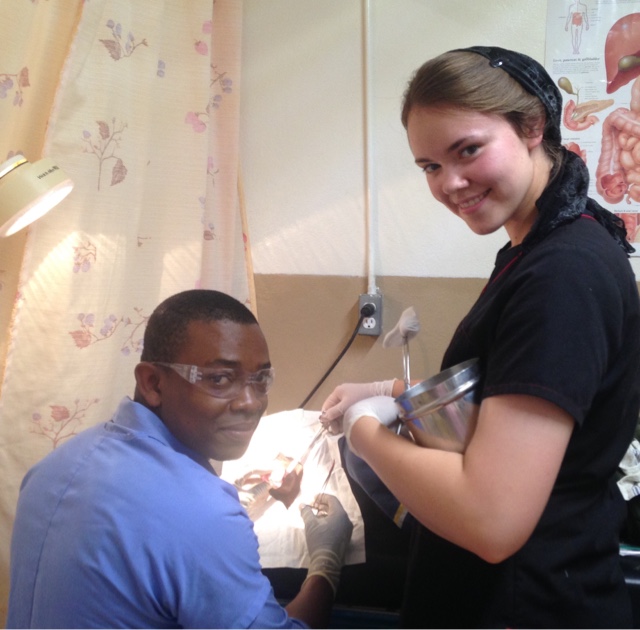 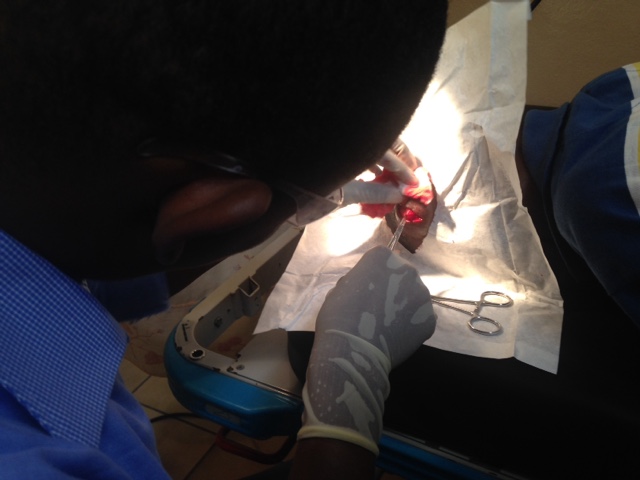 I know, it's kinda gross.  Maybe I should've added a disclaimer to this post.  :). But it was pretty neat to see that huge fatty blob of tissue removed!  :0 :) 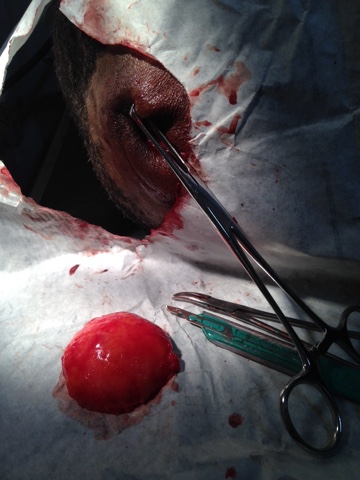 We've had a steady number of births the last month too.  I think this was the first of three that our team has done the last couple weeks! 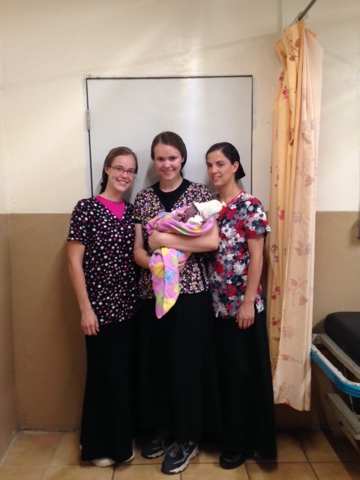 Well I hope no one was hoping for a more exciting blog post, cause if you can't tell, my inspiration to write it hasn't just been bubbling over...
Maybe next time. ;)
One more thing...I know it sounds trite, but keep serving God wherever you are!  :). He is a GOOD and faithful God!
-whit
By Whit - July 08, 2015 2 comments: